You are here: Home / Archives for Freedom of Information Act

The Department for Work and Pensions (DWP) is refusing to release recommendations made by its own secret reviews into the deaths of benefit claimants that have been linked to its actions. The refusal to release the information from reports completed over […]

Ministers are delaying the release of nine secret reviews into the deaths of benefit claimants, even though civil servants apparently prepared them for release three weeks ago under freedom of information laws. A response to a request to release redacted versions […] 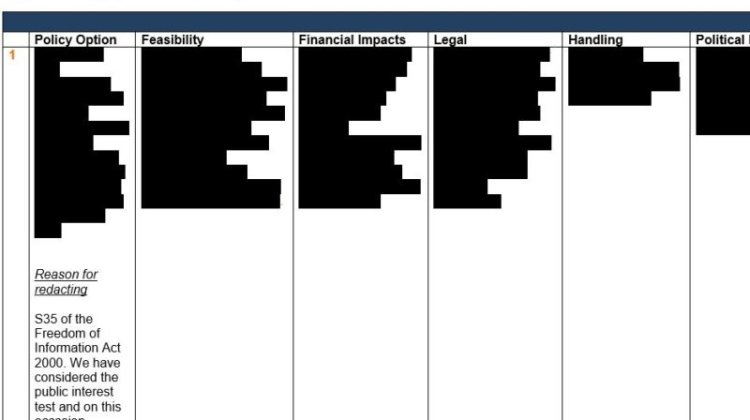 The Department for Work and Pensions (DWP) has drawn up secret plans for sweeping reforms that would make it far harder for disabled people to appeal against having their benefit claims turned down. The heavily-redacted document was sent to Disability News […]

The Department for Work and Pensions (DWP) has proposed scrapping two benefit regulations that offer vital protection to disabled people facing the controversial “fitness for work” test. In response to a freedom of information request, DWP has sent Disability News Service […]

The Department for Work and Pensions (DWP) has been told by the information watchdog that it does not need to release secret reviews it carried out into the deaths of 49 benefit claimants. Campaigners have expressed frustration and disappointment at the […]