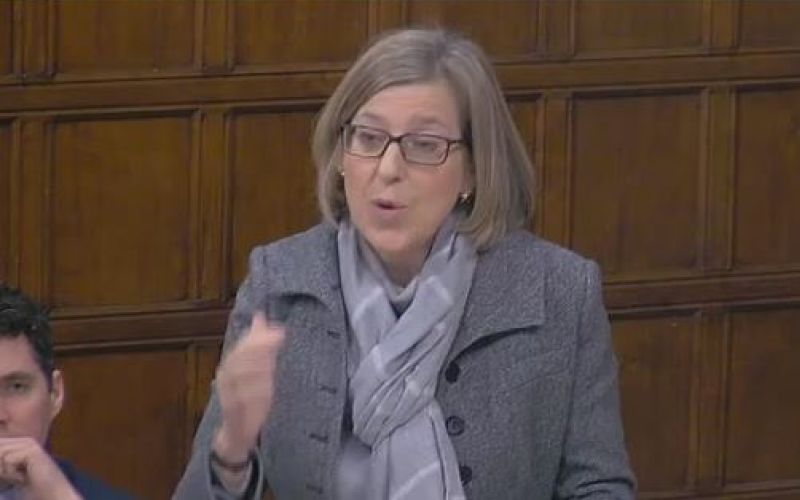 Outsourcing companies have been failing to request vital evidence from GPs and social workers that would help disabled people secure the benefits they are entitled to, confidential Department for Work and Pensions (DWP) documents have revealed.

The “absolutely shocking” reports, released under the Freedom of Information Act, show that Atos and Capita contacted health and social care professionals to ask for information far less often than the government estimated would be needed.

DWP documents drawn up in May 2012, before the award of the contracts to deliver personal independence payment (PIP) assessments, show the department expected its contractors would need to request further evidence (also known as further medical evidence) in about half of all cases (50 per cent).

But at one stage, in June and July 2016, Capita was seeking further information from GPs, consultants or social workers in fewer than one in every 50 PIP claims (less than two per cent of cases).

Information released to SNP’s Drew Hendry last week has highlighted further concerns that suggest the problem may even have worsened last year.

Sarah Newton (pictured), the minister for disabled people, admitted in a written parliamentary response to Hendry that the total number of separate requests for further evidence by Capita had plunged from more than 94,000 in 2015, to about 48,000 in 2016, and then to less than 21,000 in the whole of 2017.

The revelations in the new DWP documents provide fresh evidence of failings by the two private sector outsourcing giants in delivering assessments across England, Wales and Scotland.

Disability News Service (DNS) has been investigating claims of widespread dishonesty by PIP assessors for more than a year, and has now heard from about 300 claimants who say their assessment reports contained clear lies.

The newly-released reports include details of the “management information” (MI) the two companies were contractually obliged to provide every month to DWP, so it could check on their performance and take action when they needed to improve.

They were released to campaigner John Slater, as part of his efforts to secure confidential DWP information that he believes will expose widespread failings by Capita and Atos, as well as DWP’s failure to manage the contracts properly.

He has been working with Disabled People Against Cuts researcher Anita Bellows, and DNS, to analyse the data since its release last month.

The figures also show a dramatic, unexplained slump in the proportion of cases in which Capita sought further information on PIP claims, from as high as 69 per cent of cases in January 2016, to just 1.8 per cent five months later.

The other contractor, Atos, also has key questions to answer over its performance.

For the first seven months of the year, Atos was seeking further evidence in just five or six per cent of PIP cases, although that rose to 13 per cent in one of its two contract areas and 11 per cent in the other in December 2016, still far below the 50 per cent figure suggested by DWP in 2012.

She said: “Let’s not forget about DWP’s explanation about why so many decisions are being overturned at the tribunal stage.”

DWP has said repeatedly that “in the vast majority of successful appeals, decisions are overturned because the claimant provides new evidence to support their case”, Bellows said.

She said this new evidence should instead have been requested by disability assessment providers, “which are being paid, and handsomely paid, to do so as part of their contract with DWP”.

In DWP’s own PIP handbook, it says: “The face-to-face consultation will be conducted by a health professional who considers the evidence provided by the claimant, along with any further evidence they think is needed.”

And in DWP’s PIP Assessment Guide, it makes clear that, in order for a report to be graded as “acceptable”, the assessor must ensure that “sufficient further evidence” has been “appropriately sought and referenced”.

DWP’s own independent reviewer of PIP, Paul Gray, said in his second review of the PIP assessment system last March that “a key part of the policy intent for PIP was to deliver a greater degree of objectivity and fairness by ensuring evidence-based decisions”.

Although Gray said that the “primary onus of responsibility for providing functional evidence should lie with the claimant”, he said DWP and its providers “should also be proactive in gathering Further Evidence where they identify sources that are relevant and reliable”.

And in a letter to Frank Field, the chair of the Commons work and pensions select committee, in December 2017, Atos boss David Haley said: “All information whether from a medical or non-medical professional is very useful to our teams, giving them first-hand accounts which they use to build a picture, [and] applying their clinical expertise to the oral evidence received to be able to write a fair, accurate and objective report.”

Slater said the information released by DWP showed there had been “serious failings in key areas”, including the number of cases where Atos and Capita asked for further medical information, the quality of assessment reports, and complaints against assessors (see separate stories).

He said: “It is important to remember that these failings are not simply about producing documents or following processes.

“It is almost certain that people will have been denied PIP or given a reduced award due to an assessment report that wasn’t good enough, because further medical evidence (FME) wasn’t obtained or because of assessors who shouldn’t be doing the job.”

He said DWP had now been managing the contracts for almost five years.

He said: “Problems of the magnitude uncovered by the disclosure of the MI shouldn’t exist after nearly five years if the DWP was doing its job properly.”

He said DWP should have learned the lessons from the “debacle” of the contract with Atos to deliver the work capability assessment, which saw DWP and Atos repeatedly criticised and Atos eventually having to pull out of the contract.

Slater added: “When I asked for this information to be disclosed I suspected it would confirm the problems regularly reported by people claiming PIP and that the DWP was managing the three contracts poorly.

“The data did indeed confirm this, but I was shocked by what else we uncovered.

“In addition to the deplorable data on FME and the scale of the problem with unsatisfactory assessment reports, I was shocked by the fact that so much of the management information specified in the contract either wasn’t disclosed by the DWP or simply doesn’t exist*.

“I hope that both the work and pensions committee and the public accounts committee will put the DWP under considerable scrutiny as a result of what has been uncovered.”

Capita has refused to answer a series of questions about the data released to Slater, including why the rates of further evidence collection were allowed to fall so low, why those rates fluctuated so sharply in 2016 and whether this showed that Capita was cutting corners in the provision of these contracts.

But a Capita spokeswoman said in a statement: “Individuals are encouraged to provide further evidence to the Department for Work and Pensions when starting their PIP claim and this, along with our assessment report, is taken into consideration alongside all other evidence when the DWP, not Capita, makes the decision about the level and length of award.

“We are committed to delivering an excellent service and continue [to] improve this by heavily investing in our training, support, and audit processes to ensure accurate and quality reports.”

Atos also refused to answer the questions but said in a statement: “We are absolutely committed to providing every claimant at each stage with a professional and compassionate service.

“A significant proportion of referrals received already have further evidence provided by the claimant themselves, and where beneficial considerable effort is made to obtain further evidence.

“This includes liaising with GPs, hospital consultants, specialist nurses, as well as social workers, appointees and family members by the telephone and post.”

Asked why the proportion of cases in which Capita and Atos requested further evidence had fallen so low, and fluctuated so violently, and whether this showed how poorly DWP had managed the contracts, a DWP spokeswoman said: “It is not always necessary to seek further medical evidence to assess an individual’s eligibility for PIP.

“Responsibility for gathering further evidence, other than that already held by the department, sits with the claimant as they are in the best position to supply what evidence is available.”

She refused to comment on the references in the PIP assessment guide, the PIP handbook, and the 50 per cent target in DWP’s own 2012 document.

*DWP finally released this information to Slater last month, more than a year after he asked for it, following a ruling by the information commissioner.

But he has now been forced to complain again to the Information Commissioner’s Office (ICO) and DWP because DWP appears to have failed to provide key sections of the reports.