You are here: Home / Politics / Tory backing for domestic abuse amendment on care, despite government opposition 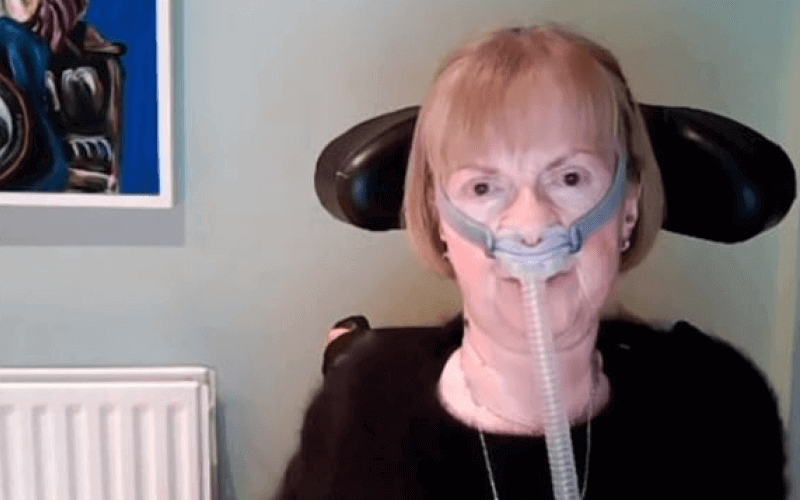 Two disabled peers have secured cross-party backing for their attempt to expand the protection offered to disabled people through the government’s domestic abuse bill.

Although the government is so far opposing the move by Baroness [Tanni] Grey-Thompson and Baroness [Jane] Campbell, their proposed amendment to the bill during its Lords committee stage secured support this week from at least five Tory peers.

The bill includes measures to create a wide-ranging statutory definition of domestic abuse, to establish a new domestic abuse commissioner, and to place a duty on local authorities in England to provide support to survivors of domestic abuse and their children in refuges and other safe accommodation.

The amendment by the two crossbench disabled peers would ensure that measures in the bill would cover not only those abused by family and partners, but also abuse by paid care workers and unpaid carers, such as friends or neighbours.

Baroness Campbell told fellow peers that the amendment followed “disabled people’s express plea that the bill should address the covert abuse that some individuals experience from a carer, whether paid or unpaid”.

She said: “While most who care for disabled people do so with great kindness, respect and the best intentions, there are a significant number who do not, and who go on to abuse those who rely on them.”

She said that care relationships were “sometimes exploited by the carer, leading to an abuse of power and pervasive means of coercive control” and that existing legal protections were “clearly not working”.

She said: “Many personal assistants [PAs] who are employed by disabled people – I have that ability through my own personal health budget – are not regulated.

“We do not come under safeguarding measures. We are alone, to manage and control our PAs ourselves; it is something that we choose to do.

“I would want to know that this legislation covered me if I ever found myself in a situation where my PA was abusing me.”

Lord Cormack, one of the Tory peers who supported Baroness Campbell’s amendment, said: “It is important that this landmark legislation is able to deal with abuse involving relationships between those who live in the same domestic setting or where there is a dependency within a domestic setting.”

He said that was why he supported Baroness Campbell, who he said had spoken “with great eloquence, force, lucidity and passion”.

He added: “What she said convinced me entirely.”

Two peers mentioned the work of disabled campaigner Ruth Bashall, chief executive of Stay Safe East – which works with disabled survivors of domestic and sexual abuse, hate crime and other forms of abuse – who has been lobbying for improvements to the bill.

Last June, she told Disability News Service (DNS) of four key amendments that would provide disabled people with crucial new protections, including the one put forward by Baroness Grey-Thompson and Baroness Campbell.

Despite the widespread support, the Tory whip, Lord [Stephen] Parkinson, said that their amendment – and other similar suggested improvements – would “broaden the definition of domestic abuse unhelpfully”.

He said: “This is a domestic abuse bill, not an abuse bill, which is why we do not believe that it would be appropriate for these sorts of relationships to be included within that definition.”

He said that suitable protection was already offered through other legislation, such as the Care Act, and organisations such as the Care Quality Commission and local safeguarding adult boards.

Baroness Campbell did not ask for a vote on the amendment, but she and Baroness Grey-Thompson told DNS that they would continue to push the government to change its position before the bill becomes law.

Picture: Baroness Campbell speaking from her home during the debate