You are here: Home / Politics / Treasury won’t reveal equality impact because it could be ‘too complex’ for the public 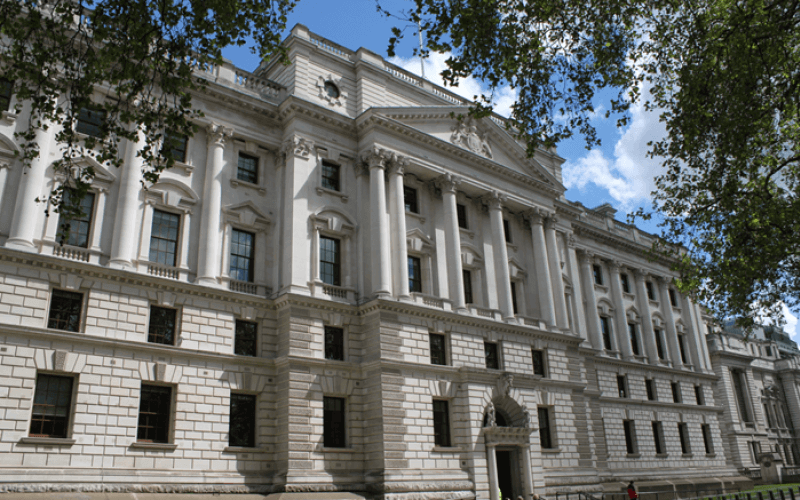 The Treasury is refusing to release information that would show the impact on disabled people of spending decisions in March’s spring statement because it could be too “complex” for the public to understand.

The Treasury has told Disability News Service (DNS) that it would not be in the public interest to release analysis that “could be misleading for a general audience”, a move that has been branded “a disgrace and an insult” by a leading disabled Labour activist.

The Treasury’s information rights unit said that while the information could be useful for the chancellor and his policy advisers to help develop their policies, it would probably be too complicated to help the public understand the impact of the government’s spending decisions.

Disabled people had reacted with disbelief in March to the “cruel” decision of the then chancellor Rishi Sunak to all-but-ignore those who rely on benefits in the spring statement, even as the Office for Budget Responsibility (OBR) was warning that the real value of benefits was set to fall by five per cent in 2022-23.

There was no mention in his speech of disabled people and how many of them were struggling to survive, and no attempt to increase benefits to match the sharply rising rate of inflation.

It was not until late May that Sunak – now replaced by Nadhim Zahawi – was forced to announce a “sticking plaster” injection of £15 billion in grants and other funding in an attempt to ease the cost-of-living crisis.

DNS also asked to see an analysis of the overall impact of the spring statement on lower-, middle- and higher-income households.

When the Treasury refused to release those documents in May, claiming an exemption under freedom of information laws, DNS asked it to review its decision.

Now, after two months of internal discussions, the Treasury has told DNS that it stands by its decision not to release the information.

The Treasury’s information rights unit admitted that there was “an inherent public interest in government being transparent and accountable regarding the impact of policies that are announced”.

But it claimed that releasing the analysis would have a “chilling effect” on the future preparation of evidence to support policy-making, which would “reduce the quality of advice and deliberation” and would “lead to poorer decision making”.

It added: “Analysis considered in the policy making process that remains unpublished is of many types, and there are a variety of reasons that mean that publishing this analysis would not serve the public interest.

“Some of this analysis may be complex, or partial, or could be misleading for a general audience and be misinterpreted, which we do not believe would be in the public interest.

“Whilst this analysis may form a useful part of the evidence base for internal policy development, we judge that it would not be likely to further public understanding of the impact of government policy.”

DNS has now lodged a complaint about the Treasury’s decision with the Information Commissioner’s Office.

Ellen Morrison, Labour’s disabled members’ representative on its national executive committee, said: “Over a decade into this disgraced Tory government, it’s not surprising that they’ve chosen to discharge any attempt at demonstrating responsibility and regard to disabled people in their policy-making.

“But we must continue to call it out at every opportunity.

“Their response to justify this refusal to release the spring statement EIA only deepens what we already know – in the face of mounting evidence they continue to set policies that harm us.

“How they can have the brazenness to put in writing that releasing an equality analysis would lead to poor decision-making shows how far disabled people’s rights have been eroded.”

She said that for the Treasury to say that one of the reasons the analysis could not be shared was due to how complex it was “is a disgrace and an insult”.

Morrison said: “Disabled people have no trouble understanding our own lives and our own reality. The same can’t be said for out-of-touch Tory ministers.

“One argument would be to strengthen our equality legislation but ultimately this isn’t a government who feel constricted by the law anyway.”