You are here: Home / Benefits and Poverty / Government’s cost-of-living ‘sticking plaster’ is ‘no long-term fix’ 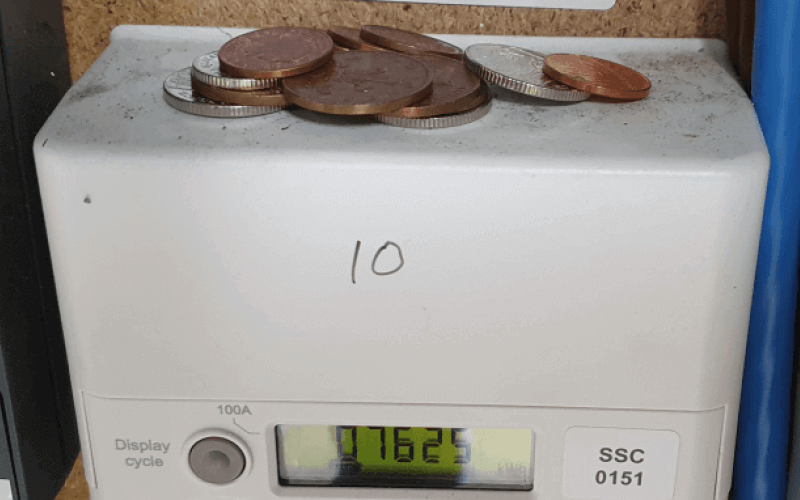 Hundreds of thousands of disabled people will each miss out on £650 in crucial support, because of the government’s failure to target new cost-of-living funding at some of the groups most in need, disabled campaigners have warned.

Disabled people’s organisations said the injection of £15 billion in grants and other funding that was announced last week – while welcome – would not solve the cost-of-living crisis for disabled people.

And they said the new funding underlined the urgent need for a long-term fix for the social security safety net.

The chancellor, Rishi Sunak, has announced support for energy bills, as well as cost-of-living payments*.

All disabled people receiving disability benefits such as personal independence payment (PIP), disability living allowance (DLA), attendance allowance, and their new Scottish equivalents, will also receive a one-off payment of £150 by the end of September.

Because the chancellor announced a series of flat-rate increases, those on lower rates of PIP, DLA and AA will receive a proportionally more generous payment than those on enhanced rates of the benefits.

Domestic electricity customers in Britain will each receive a £400 grant, which will appear as a credit from energy suppliers from October 2022 onwards.

And people of state pension age who already qualify for an annual winter fuel payment will receive an extra one-off £300 payment, from November 2022.

In addition, Sunak announced a £500 million increase for the Household Support Fund***, extending it from October until March 2023, bringing the total allocated to the fund to £1.5 billion.

The Treasury said the package amounted to £15 billion in support, which was “targeted particularly at those with the greatest need”.

The Institute for Fiscal Studies described the package as “genuinely big” and said the chancellor was “engaging in some serious redistribution from rich to poor – albeit against a backdrop of rising inequality”, while he had “finally” produced funding targeted at benefit recipients.

Benefit claimants had been due to lose out significantly, with benefits rising in April by just 3.1 per cent, despite inflation over this year now expected to average eight per cent.

Disabled people’s organisations and grassroots groups welcomed the new funding this week, but raised significant concerns about how the money was targeted.

Linda Burnip, co-founder of Disabled People Against Cuts, said: “While we welcome the additional funding that has been made available, we are very concerned that those receiving contribution-based social security payments have been excluded from this extra funding to help meet their needs.

“No doubt this is a sly move by government to try to force people to claim universal credit instead.”

Michelle Maher, from the WOWcampaign, said that those on contributory benefits, such as the contributory form of ESA, would not receive the £650 grant, despite the huge cost-of-living increases they were facing.

Many of them, like her, were still on low incomes, and qualify for free prescriptions and help with their council tax, even if their incomes and savings were not low enough to qualify for means-tested benefits.

She pointed out that she and 290,000 other claimants of DLA and PIP who do not qualify for specific means-tested benefits were already set to lose the right to receive the Warm Home Discount (WHD) later this year, which will mean losing out on £150.

She questioned why someone with the wealth of the chancellor – who has three homes – should receive £1,200, with a £400 fuel grant for each of his three properties, compared with just £400 for her and most other disabled people.

Maher said that many disabled people feel pain when they are cold, while essential impairment-related equipment often needs electricity.

She said: “We have no choice. I myself can’t cook, because it’s dangerous due to a severe tremor.

“I also can’t physically shop around all the different shops for bargains.

“My choices are limited. Do I hand back the Motability car which gets me to hospital and doctors’ appointments, and lose the freedom that allows me?

“Do I stay cold, find the cheapest, unhealthy microwave food, cutting fruit out of my diet?

“We are the groups on legacy benefit who didn’t get uplifts during the pandemic; we got zero support.

“We are the group with Covid still hanging over our heads like the sword of Damocles.

“We’re not the group who mishandled the pandemic, giving billions out to fraud, cronyism and a £1 billion tax cut for bankers. We’re the invisible, the second-class, the othered.”

Inclusion London said Sunak’s announcement was “a step forward” but “only because it means some extra money for people”.

Svetlana Kotova, Inclusion London’s director of campaigns and justice, said: “We are deeply disappointed that this support is not targeted enough [at those most in need], and it certainly will go nowhere near to meeting the real costs disabled people are experiencing now and for the foreseeable future.

“We will still be forced to choose between heating, eating and essential care and support.

“Huge increases in our extra costs of disability and in the cost of living, coupled with 12 years of punitive benefits cuts, cannot be sorted by a one-off payment.”

She said the crisis “has not been fixed”, and she added: “The government must uprate benefits in line with current inflation and then carry out long-term work to get our social security safety net functioning and effective again.

“It also should stop the vicious circle whereby it gives money with one hand only to take it away with the other.

“Social care charges must be scrapped. We cannot accept the injustice which allows local authorities to take away people’s benefits to pay for social care, leaving thousands of disabled people with the highest support needs trying to survive on less than £23 per day and mired in debt.”

Disability Rights UK (DR UK) also said that the one-off payments would “not be enough to ease the dire situation that many disabled people are facing”.

Kamran Mallick, DR UK’s chief executive, said: “We welcome moves by the government to ease the extreme hardship many people are facing, but the measures chosen are a sticking plaster.

“Benefits have not kept pace with inflation for years. The government fears that a £20 uplift applied to benefits, like the one introduced during the pandemic, would become permanent.

“It needs to become permanent.”

BuDS said the payments were “far too small for struggling and poorer households facing doubled or tripled costs”, and would arrive too late, while far too much money was being handed to “households who do not really need it”.

BuDS said the government should have provided a minimum of a 20 per cent rise in monthly disability benefit payments for the next year, which could have been funded by removing the £400 electricity bill grant from second and multiple homes and working-age households not receiving a disability- or income-related benefit.

It also called for temporary, standard-rate benefit awards for those disabled people whose PIP or DLA claims have been delayed (see separate story), those who are awaiting an appeal against the loss of an existing award, and those similarly affected by delays in the work capability assessment system.

Andrew Clark, chair of BuDS, said: “Disabled people are hit hardest by the huge increases in the cost of energy, food and other basics.

“It’s right that they should receive help proportionate to their needs – and an extra £650 as a one-off payment simply isn’t enough.

“BuDS calls on the government to remove funding from richer households which do not need it, and focus their support on those who need it most, such as disabled people.”

Disabled activist Ellen Morrison, co-chair of the Commission on Social Security, which called in January for a “transformational” reboot of the social security system, said the set of measures announced by the chancellor were “undoubtedly welcome, though long overdue, and what many would have expected in the spring statement”.

She said the various grants and payments were “positive steps”, but the chancellor’s package of support “re-affirms what the commission and many others have long been saying: temporary fixes won’t be enough to hold together a broken safety net”.

She said: “Our social security system has been whittled down beyond what one-off payments can now repair.

“What we need from the government isn’t more sticking plasters, but a complete overhaul with a new vision of what a decent system could look like.

“We believe the ideas we put forward in the plan would be a strong starting point.

“Our ideas were shaped from thousands of claimants, advocacy groups and Deaf and disabled people’s organisations.

“The only way forward is to put into action the solutions from those of us who actually need social security to get by.”

*For further details, see government information on its Energy Bills Support Scheme and its cost-of-living support

***The Household Support Fund is distributed by councils in England through small payments to help “vulnerable households” meet costs such as food, clothing, and utilities 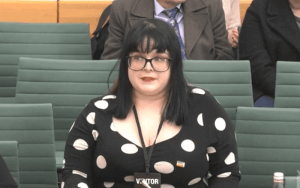