You are here: Home / Politics / Trio of MPs expose widespread discrimination in House of Commons 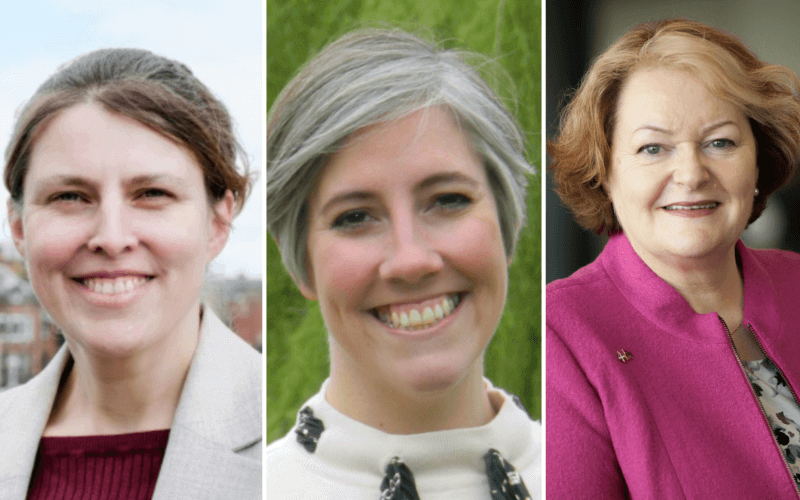 Three MPs – two of whom have long-term health conditions – have exposed the widespread discrimination faced by disabled MPs due to outdated House of Commons rules, both before and during the COVID-19 pandemic.

More than 100 “very high risk” MPs are currently “excluded” from taking part in debates and examining legislation because of the failure to make reasonable adjustments for them during the pandemic, according to one of the three MPs.

All three were giving evidence to the procedure committee this month as part of its ongoing inquiry into how the House of Commons operates during the pandemic, and whether any of the temporary measures introduced should be adopted when the crisis ends.

Cooper, who became an MP for the first time at last December’s general election, had earlier said in written evidence to the committee that she found many House of Commons procedures to be “incredibly hostile and quite frankly, ableist”.

She pointed in her written evidence to pre-pandemic rules and conventions which can see a disabled MP reprimanded by the speaker for leaving the chamber for impairment-related reasons, or having to remain in the chamber – “under lock and key” – until a vote is announced, or being forced to stay in the chamber for up to six hours “in order to contribute” to a debate.

Cooper said that “as an MP with a hidden disability” – she has Crohn’s disease – some of the rules brought in with the “virtual parliament” as a result of the pandemic, including a fixed speaking list which allows her to know when she will be speaking, had been “empowering” and brought her “closer to equality”.

She wrote: “What I’m talking about here is making reasonable adjustments so I can do my job – like I’ve done every other job I’ve had – on a level playing field.”

“If debate is affected because we are keeping people safe, so be it.”

Since early June, virtual participation in the Commons chamber for shielding MPs who are working from home has been limited to asking oral questions and urgent questions and responding to ministerial statements, and they have been unable to take part in debates on motions and legislation.

Dr Whitford, who has rheumatoid arthritis, told the committee she was in the group of “very high-risk MPs who, frankly, are excluded from debates and legislation completely”.

She said there were currently “over 100 MPs who are, in essence, excluded – full stop”.

Despite having spent 33 years as an NHS surgeon, she said she had been unable to speak during debates on the government’s medicines and medical devices bill because she was shielding at home in Scotland.

Maskell, who has a degree in physiotherapy and worked in respiratory medicine for 20 years, told the committee that the current policies discriminate against older MPs and those with health conditions, and she called for a move to a virtual debating system.

She said: “No matter what their experience is and their underlying health situation, we should be about equality in this parliament and setting that example.

“Quite frankly, at the moment we are not.”

She added: “With regard to conventions, we have to start in a different place, and I think it is really important to start looking at accessibility.”

She said parliament needed to take a social model approach to access and ensure that “everything is inclusive for everyone”.

Cooper and Whitford both highlighted their concerns with the practice of bobbing – which is currently suspended during the pandemic – in which MPs must repeatedly stand up and down to try to catch the speaker’s eye so they can contribute to a debate.

Cooper, who told the committee that she wanted to see a forum set up for disabled MPs so they can have conversations about the reasonable adjustments they need, said: “I think that bobbing means that parliament becomes incredibly inaccessible for lots of people and I would like to see it end.”

Whitford said: “We all pay lip service to having parliament look like society, but the number of disabled MPs is tiny.

“One in five people are disabled, but a lot of them would look at our hours and the physical demands of Westminster – of travelling there, of moving around, and of what is expected of you in the chamber – and would just rule themselves out.”

A House of Commons spokesperson told Disability News Service in a statement: “It is vital that all democratically elected MPs are able to carry out their duties in and around Parliament.

“We understand that there is more to be done to ensure that people with disabilities do not face unnecessary difficulties when working in or visiting Parliament.

“We are committed to making further essential adjustments to working practices and to ensuring that all our staff are trained in disability awareness.

“Members with disabilities are provided with holistic support to ensure their particular needs are met.”