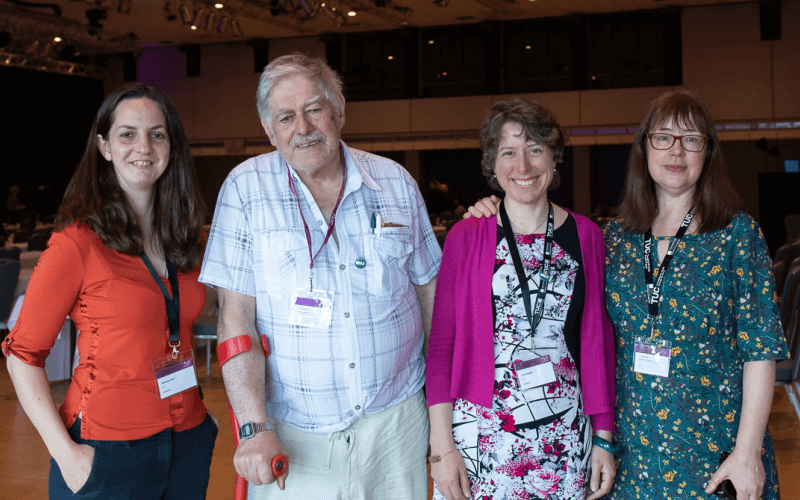 Disabled union activists have condemned the Department for Work and Pensions (DWP) and media managers for pressuring jobcentre workers and reporters to take part in an “unethical and misleading” campaign aimed at air-brushing the impact of universal credit.

The National Union of Journalists (NUJ)* spoke out this week after it emerged that DWP was paying hundreds of thousands of pounds for an advertising campaign in the Metro free newspaper series as part of a nationwide campaign to “myth-bust the common inaccuracies reported on UC”.

A leaked memo – seen by Disability News Service – says the series of Metro advertising features will be part of a wider campaign “to tackle misconceptions and improve the reputation of UC” by persuading newspapers and other media to run more positive news stories and features about universal credit (see separate story).

The Metro campaign launched yesterday (Wednesday) after it was brought forward following the publication of extracts from the leaked memo.

But it was launched on the same day that the UN’s special rapporteur on extreme poverty and human rights published a report that was deeply critical of UC (see separate story), which he said had caused severe hardship and had “built a digital barrier that obstructs access to benefits”.

The DWP memo admitted that the department would deliberately not be using its branding on the features in order to disguise their origin and make them look like genuine news articles, which could breach advertising guidelines.

The first advertorials do include a line stating that they are an “advertisement feature from the Department for Work and Pensions”, but apparently include no DWP logos.

An emergency motion proposed by the NUJ*, and passed by the annual TUC Disabled Workers’ Conference this week, called for the TUC to condemn DWP for using taxpayers’ money to “defend this unworkable policy”.

It also backed journalists on regional and national newspapers who resist pressure from editors and managers to produce “unethical” stories about universal credit, in line with NUJ’s code of conduct.

NUJ delegate Natasha Hirst told the conference in Bournemouth that journalists feared losing their jobs if they resisted that pressure.

She also called for support for DWP press officers who wanted to obey the NUJ code of conduct by resisting pressure to “disseminate false or misleading information” about universal credit.

A proposed BBC documentary about universal credit – which is receiving enthusiastic co-operation from DWP – also “compromises” NUJ members who work in the BBC and members of the PCS union who work in jobcentres and do not want to be involved with the filming, she said.

Hirst said the DWP public relations campaign contravenes government guidelines on communications, which state that they should be “objective and explanatory, not biased or polemical”.

But the NUJ stopped short of backing calls by Disabled People Against Cuts to target the Metro by dumping copies of the free newspaper once it started printing the DWP adverts, as this could put the livelihoods of fellow journalists at risk, including disabled journalists.

Hirst said afterwards that NUJ opposed all boycotts of publications, and its target instead was the DWP and “those in the decision-making roles”.

She told delegates that universal credit was “responsible for worsening the mental and physical health of disabled people, pushed people into poverty and ultimately has cost some people their lives”.

And she said that what DWP described as “negativity and scaremongering” about universal credit was “actually people’s real stories, this is their truth about what has been happening to them.

“It is a gross injustice and an insult to those disabled people who shared those stories and the journalists who have ethically reported on them for the DWP to dismiss and misrepresent the appalling impact that the damage that universal credit is having on people.”

Unite’s Andy Thompson, backing the motion, said: “We have to support this campaign, we have to support our sister union the NUJ in stopping the lies that this government are going to spend taxpayers’ money in promoting.

“Why should they be able to use our hard-earned money, tax-payers’ money, to lie and deceive the people of this country?”

He said he understood why NUJ could not back a boycott of Metro but suggested that people could take “bundles of the Metro off the free distribution points and put them in skips”.

“Let’s make sure the government are held to account for what they are actually doing.”

Austin Harney, from the PCS union, seconded the motion, and said: “PCS has had serious concerns from the outset on the development, implementation and effect of the government’s universal credit programme.

“Our members on the frontline are now suffering as a result of the government’s chaotic welfare reforms, staff cuts and office closure programme.

“Our members see first-hand the devastating effect government policies have on the most vulnerable in society.”

GMB’s Paul Kempton said he was concerned about DWP’s plan to remove its branding from its adverts.

And Equity’s Rona Topaz told delegates: “It is pure biased propaganda by this government and I strongly urge you to support this motion.”

The Advertising Standards Authority (ASA) has already received complaints about the adverts.

An ASA spokesperson said: “We’re carefully assessing the complaints and the ad campaign to establish if there are grounds for further action.

“At this stage, no decision has been made as to whether we will launch an investigation.”

A DWP spokesperson said: “It is important people know about the benefits available to them, and we regularly advertise universal credit.

“All our advertising abides by the strict guidelines set by the Advertising Standards Authority.”

She said DWP was “happy” that the adverts did not breach the government’s own communications rules.