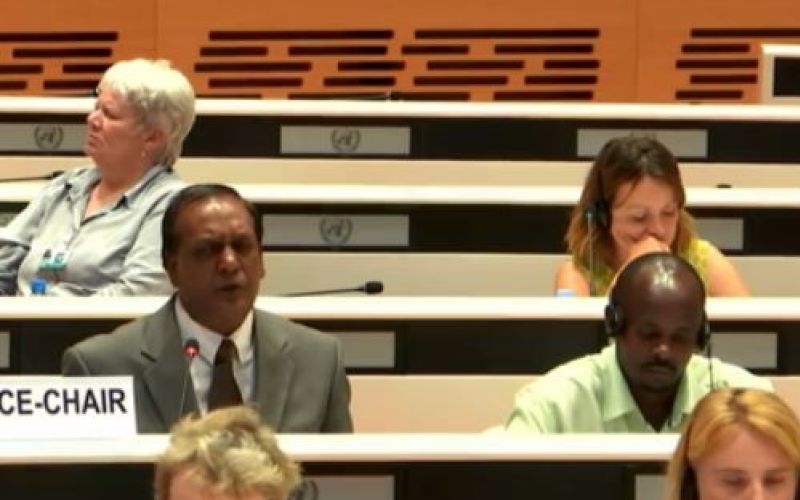 The UK government has faced repeated, damning criticism from a UN committee of disabled human rights experts over its treatment of people in secure mental health settings.

The criticism came during a two-day public examination in Geneva of the UK’s record in implementing the UN Convention on the Rights of Persons with Disabilities (UNCRPD).

Members of the committee raised concerns about the increase in the use of compulsory detention, the use of Tasers, and the “discriminatory and disproportionate” use of detention on people from Britain’s African Caribbean communities.

Martin Babu Mwesigwa, a member of the committee on the rights of persons with disabilities (CRPD), said he had been told that members of the UK’s African Caribbean community were subject to “highly cohesive and illicit violence” when detained in mental health and other “custodial” institutions.

Mwesigwa, himself from Uganda, pointed to a report by the UN’s committee on the elimination of racial discrimination, which found last year that people in the UK of African Caribbean descent were over-represented in psychiatric institutions and were more likely to be subjected to restraint, seclusion and over-medication.

He asked when the UK government “plans to address the discriminatory and disproportionate use of the Mental Health Act against its people of African descent living in the UK”.

He added: “Or, put the other way, same question, does the state party plan to address the oppressive way that the Mental Health Act is used as a tool of state oppression against people from the UK’s African Caribbean communities?”

Jonas Ruskus, another CRPD member, said the committee had been told that the use of compulsory detention was “rising quickly” while the number of unexpected deaths in institution was also rising.

And he said there was also information about the “inappropriate use of psychiatric medication” in mental health institutions, and about the “illicit” use of Taser stun guns on patients by police officers in secure mental health settings.

Coomaravel Pyaneandee (pictured, speaking, left), a vice-chair of the committee, asked the UK government yesterday (Wednesday) to commit to “a complete ban on the use of taser guns in persons who are detained in psychiatric settings”.

He also raised the death of Sarah Reed, a black woman who killed herself while in Holloway prison last year.

Reed took her own life while awaiting medical reports about whether she was fit to plead to a charge of assaulting a nurse in a secure psychiatric unit. The reports had found she was unfit to plead by the time she died.

Pyaneandee said: “One doesn’t know why she was in jail in the first place, a woman with psychosocial disability, pending the determination as to whether she could take a plea or not, which constitutes also deprivation of liberty.

“This raises the whole question about multiple discrimination in the UK and whether existing legislation should not be brought in line with the convention, so that that kind of situation never repeats again.”

A civil servant from the Ministry of Justice told the committee that it would “not be suitable” to discuss the case of Sarah Reed.

The civil servant said that the prison and probation service “makes considerable efforts” to learn from every death in custody, while a prison’s fatal accident report will include an action plan to respond to any recommendations.

If a coroner writes a report raising concerns about the risk of future deaths, following a death in custody, the prison and probation system has a legal duty to respond.

A Department of Health civil servant told the committee that using restraint without legal authorisation could be a criminal offence.

He said that data was collected on restraint of people in contact with mental health, autism and learning disability inpatient services.

Since Jan 2016, he said, that data includes more information, including the type of restraint, whether “physical, chemical, mechanical, seclusion or segregation”.

He said guidance published in 2014 says that staff should develop a culture “where restrictive interventions are only ever used as a last resort for adults with behaviour challenges”.

He later said that the government was committed to reforming the Mental Health Act, and one of the motivations for this was to “examine the disproportionate number of people of certain ethnicities, in particular black people, who are detained under the act”.

A Home Office civil servant told the committee that the Independent Police Complaints Commission had “maintained a close interest” in the use of Tasers and that police forces were working on a new system of recording their use, while police and crime commissioners had been asked to provide a way to scrutinise Taser incidents in mental health settings.