You are here: Home / Activism and Campaigning / UN day of disabled people: Historic document throws light on birth of movement 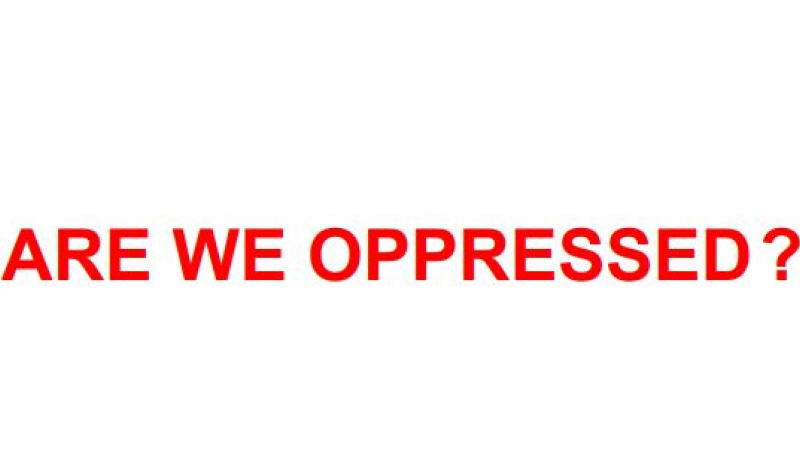 A key document that helped many disabled activists develop their understanding of how they were being oppressed by society more than 40 years ago has been published for the first time.

The document, Are We Oppressed?, was compiled in 1974 by Vic Finkelstein, one of the pioneers of the disabled people’s movement, and it played a significant part in the development of what was later described as the social model of disability.

It was developed through discussions among members of the newly-formed and radical Union of the Physically Impaired Against Segregation (UPIAS) and came from circulars issued by post to members every few weeks.

Two years before the document was drawn up, Finkelstein helped found UPIAS with Paul Hunt, who had spent much of his life in Leonard Cheshire residential homes and campaigned against institutional discrimination.

The 2018 edition of Are We Oppressed? includes a new introduction written by Judy Hunt – Paul Hunt’s widow – and UPIAS member Maggie Davis, who herself was a significant figure in the development of the movement.

It was published this week on 3 December, the UN’s International Day of Persons with Disabilities.

The document has been prepared, with their support, by Tony Baldwinson, whose wife Lorraine Gradwell, who died last year, was another UPIAS member and later a founding member of Greater Manchester Coalition of Disabled People (GMCDP).

Baldwinson pulled the new version of the document together from old stapled cuttings and Finkelstein’s typed and handwritten slips of paper.

Preserving the UPIAS papers is part of a wider archiving project by GMCDP.

Are We Oppressed? includes a series of influential comments by Finkelstein, often described as the father of the social model, as well as responses from other UPIAS members, although their comments have been anonymised.

Among Finkelstein’s comments, he told fellow members: “At the outset of starting our new organisation we must be sure and in total agreement about one thing – Disabled people are oppressed in our society.

“There should be no confusion about this, nor should this fact be far from our minds.”

In another circular, he said that “1970s society has already reached the stage where the technological solutions are at hand for full integration of physically impaired members of society.

“The fact that this is not done is because of the oppressive nature of the society (in the way it is organised).”

He also told UPIAS members: “However, I suggest that the real reason for our oppression (as for all other oppressed groups) is in the way society is organised (the socio-political causes).

And, in a comment that is likely to be seized on by members of today’s disabled people’s anti-cuts movement, he warned: “In economic crises, when competition is increased, we are amongst the first to suffer (together with the other oppressed groups).

“This means the struggle against the competitive rules of our society has to continue until these are changed.”

Although his ideas were taken on and played a significant part in the foundation of the disabled people’s movement in the UK and the social model of disability, some members questioned his radical tone, with some of their comments likely to be viewed today as disablist.

One responded: “I’m worried a little as to our situation – I mean how radical are we going to be?

“Are we to sit in the streets waving placards, chanting thereby attracting publicity as a curiosity value – a freak show?

“Demos in our case ought to be out. We are not going to convince the general public that to be disabled doesn’t mean mental backwardness if we exhibit ourselves in an undignified manner.”

Judy Hunt told Disability News Service this week that she had passed huge amounts of UPIAS material to Baldwinson for his archiving work, which included two copies of Are We Oppressed?

She said she believed the document “still has a value” because so much of what Finkelstein said was still relevant today.

She said: “He argued people through it. It was a process people in the union were going through at the time.

“People had been socialised into trying to present themselves in a dignified manner because they had enough problems with all the ways people treated disabled people, and the attitudes that were around, the very real prejudices that were around and the hostility.”

She said she believed that disabled people were still oppressed.

“I think they are. What’s happening now is a lot of things stripping back, and people being forced into institutions again because they cannot get the support in the community.

“They are having their benefits cut so a lot of people are going to be struggling just to survive at home.

“They are not being allowed to participate as full citizens in many cases.

“There’s a much more mixed picture now. On the one hand there are people able to get to university and going into mainstream schooling and go and get jobs and get careers.

“But on the converse, people are losing their benefits and there is a real danger of institutionalisation again and it’s happening for some people, and in education too… with disabled children having difficulty getting access to mainstream schooling.

“We are not over that yet at all. There is quite a long way to go.” 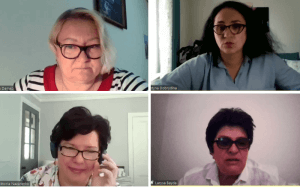 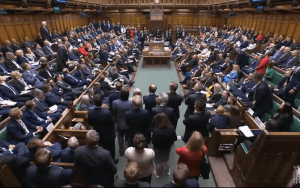