You are here: Home / Activism and Campaigning / User-led groups discuss how to turn back the tide of closures

User-led groups met this week to discuss how to turn back the tide of closures of organisations run and controlled by disabled people and service-users.

Research shows the number of user-led groups continuing to fall, due to austerity cuts and other trends affecting their funding.

The closures mean user-led organisations have a “diminishing” voice in opposing oppressive policies, according to a briefing released ahead of the meeting.

The closures are leading to a loss of a collective voice for disabled people, and the knowledge, peer support and advocacy that user-led organisations provide, the briefing said.

The meeting was organised by two national networks of user-led groups, the National Survivor User Network (NSUN) and Shaping Our Lives (SOL).

Professor Peter Beresford (pictured), SOL’s co-chair and one of the organisers of the meeting, said: “What was powerful was the strength of feeling at the meeting, which drew together a very diverse range of disabled people and service-users, with very clear messages.

“The allocation of funding must be changed to stop discriminating against user-led organisations and to secure their future; they are crucial as the most direct voice for people increasingly marginalised under our politics.

“It must change and soon, before it’s too late.”

Both NSUN and SOL have produced research showing the number of members falling sharply in the last three years.

Initial findings from NSUN’s latest survey show that user-led organisations are often “overstretched” and forced to rely on the goodwill of volunteers and unpaid staff.

NSUN was also told that austerity, funding cuts and “the nonsense of the benefits system” were having a devastating impact on the lives of individual disabled people.

The briefing paper for this week’s meeting said that the “diminishing voice” of user-led organisations meant there was less opposition locally and nationally to “oppressive policies”.

It said that many user-led organisations were suffering from “severe” cuts to local government funding, which had affected grants from local authorities.

This problem had been “intensified” by the trend of awarding large contracts to national private sector organisations to manage smaller contracts, with user-led organisations often then being asked to deliver the same service for a “much reduced budget”.

Those user-led organisations that do still receive funding from local authorities often feel pressured not to speak out about damaging cuts to services because of their fear of losing contracts.

Grants that are available from trusts and foundations often focus on project funding, leaving user-led organisations struggling to finance their core running costs.

But the briefing paper also warned that the individuals involved in setting up and growing user-led organisations were themselves experiencing “some of the worst deprivation, poverty and life chances in our communities”.

It added: “Their resilience and ability to struggle both personally and on behalf of others is now greatly diminished.” 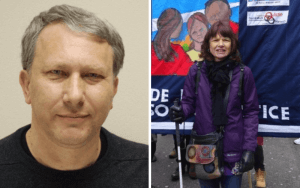