You are here: Home / Activism and Campaigning / ‘Vast majority’ of important government COVID information ‘is inaccessible to BSL-users’ 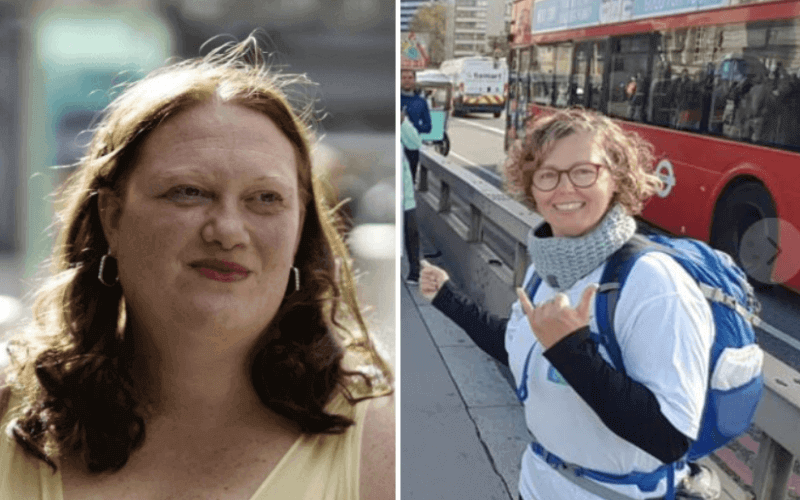 The “vast majority” of important COVID-19-related information provided by the UK government is not accessible to users of British Sign Language (BSL), a new investigation has found.

A report on the investigation will be submitted by lawyers for BSL-user Katie Rowley as part of her claim for a judicial review of the UK government’s failure to provide a BSL interpreter at two televised briefings with health experts during the autumn.

The judicial review claim is due to be submitted today (Thursday), with the hope that it will be “expedited” and heard by the end of next month.

Rowley’s lawyers believe the government breached its public sector equality duty under the Equality Act, and that it failed to make reasonable adjustments for BSL-users.

The televised briefings took place at 10 Downing Street, on 12 October, which focused on how the NHS was preparing for the next phase of the pandemic, and on 21 September.

The government claimed in a letter to Rowley’s lawyers last month that it met its duties under the Equality Act because the information was available live through subtitles and was also published on the government’s website.

Rowley (pictured, left) is pregnant, lives alone, and has underlying health conditions, which make her particularly vulnerable to COVID-19; she has also had 11 previous miscarriages and is anxious to protect her unborn child.

She has been told she will not be allowed to have a BSL interpreter present during childbirth, so she has been trying to understand the medical and scientific information about COVID-19 and its implications, and the government’s response to the pandemic.

But she was unable to understand the two televised health briefings because there was no BSL interpreter.

She has also been excluded from other COVID-19 information provided by the government, including written guidance on pregnancy, local alert levels and for those, like her, who are self-employed.

It has left her, according to a pre-action legal letter sent to the Cabinet Office in October, feeling “confused, frightened, isolated and vulnerable”.

She told Disability News Service (DNS): “I am very disappointed that the government believes it’s okay for us Deaf people who rely on BSL to have to ‘go and find’ information that is readily available to our hearing peers.”

She said that prime minister Boris Johnson and his government “should be setting an example to the nation” by providing accessibility and equality.

She said: “If we get COVID it’s his fault for [the information] not being accessible but even worse if we die from it it’s his fault.

“I’ve seen and read so many conflicting messages and it doesn’t make sense to me, so how on earth can I make the right choices for myself and my unborn son?

“It’s 2020. Why are we fighting for something that should be automatically done? Why are we the last ones to get the messages?”

The new report was commissioned by discrimination law experts Fry Law as part of the ongoing #WhereIsTheInterpreter campaign for an on-platform interpreter at government COVID-19 briefings, led by Deaf campaigner Lynn Stewart-Taylor.

The report, by consultancy Open Inclusion and Heriot-Watt University*, found that government provision of accessible information to Deaf people for whom BSL is their first language was so poor that many of them have been forced to turn to social media.

It concluded: “The vast majority of important information provided by the UK government relating to COVID-19 and its impacts on society has no BSL interpretation.”

It also found that most of the written information provided by the UK government requires a reading level of at least year nine (ages 13-14), while information in areas such as education and childcare, and coronavirus restrictions, requires a university-level reading ability.

Chris Fry, the disabled founder of Fry Law, said this was “patently unacceptable” to Deaf people, for many of whom English is a second language.

A survey of 42 BSL-users from England and Wales for the report found that more than three-fifths (64 per cent) said they had felt worried about their health and safety because of the lack of accessible government information about COVID-19.

And 90 per cent of respondents said they wanted all government briefings to have a BSL interpreter (organised by the government) embedded live on all channels when aired on television.

One of the Deaf people interviewed for the report said they were “just totally disappointed with this government. It feels like they don’t care about deaf people.

“When they are asked why they cannot provide access they come up with ridiculous excuses like social distancing.”

Another said: “If there was an emergency announcement, how would we know?”

Stewart-Taylor (pictured, right) told DNS: “One of the key findings said 90 per cent of BSL signers who responded want all government briefings to have a live BSL interpreter (organised by the government) embedded on all channels when aired on TV.

“That’s what we have been fighting for for nine months since we, the BSL Deaf community and organisations, have been requesting this, and still nothing changes from the government.

“We have now got the evidence and I do hope that the government will listen to their sign language citizens and take action. We want to be safe, and sign language saves lives.”

The Where Is The Interpreter? campaign dates back to March, when concerns were first raised among Deaf people about the lack of BSL interpreters for the government’s daily COVID-19 briefings.

Despite a letter to the prime minister, drafted by Fry Law and signed by a string of Deaf people’s organisations and allies, the problems persisted.

The solution offered by the prime minister was to provide an in-screen interpreter and only on the BBC News Channel, but with no live interpreter alongside those delivering the briefings.

This solution was seen as “inaccessible” and “tokenistic”.

By the end of April, more than 260 “frustrated and angry” Deaf people had instructed Fry Law to seek a judicial review of the government’s failure to provide any BSL interpreter at the first five COVID-19 government television briefings in early March.

Those cases remain live and “contested” in the county court.

In October, Stewart-Taylor and fellow Deaf activist Mark Hodgson walked from Gloucester to Downing Street to draw attention to the government’s “callous and heartless” refusal to provide an interpreter at the coronavirus TV briefings.

A Cabinet Office spokesperson said the government could not comment on Rowley’s judicial review claim as it was an ongoing legal case.

*Here is a brief summary of the report in BSL