You are here: Home / Human Rights / Watchdog ‘must do more to support disabled people to fight discrimination’ 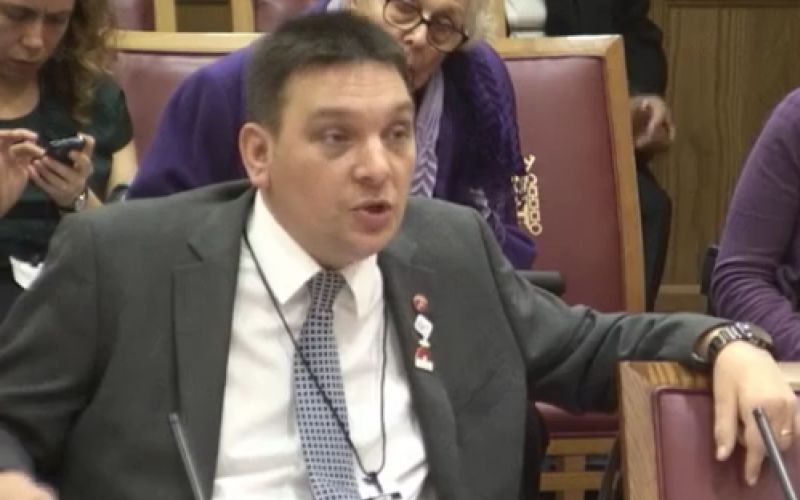 The equality watchdog should do far more to support disabled people who want to enforce their rights under disability discrimination laws, a committee of peers has heard.

Two wheelchair-users who have used the Equality Act to take legal action against service-providers were giving evidence to the committee set up to examine the impact of the act on disabled people.

Lawyer Jonathan Fogerty (pictured) and activist Doug Paulley both told the committee that the Equality and Human Rights Commission (EHRC) was doing far too little to support disabled people to enforce their rights under the act.

Fogerty said his experience of using EHRC had been “largely negative” and that he had been “amused” to see the watchdog comment in a story in the Manchester Evening News after he won compensation as a result of being discriminated against by a city bar.

He said: “The EHRC had done nothing all the way through the process, but once the case had concluded successfully, felt the need to comment on it.

“I would like to see more from the EHRC supporting people. I think disability sits quite far down the agenda of the EHRC.”

Paulley, who has published a guide offering advice to other disabled people on how to take discrimination cases against service-providers – having taken more than 40 himself – said he had been “surprised” to learn of the extent of EHRC’s legal powers, and “to be frank I wished that they used [them] a lot more”.

Although he said he was “grateful” that EHRC had “intervened” to support him in his discrimination case against First Group – which concerns access to the wheelchair space on buses, and is due to be heard by the Supreme Court – he said they were only able to do that because “campaigning lawyers and I went out on a limb first to bring this case”.

He said: “The EHRC tend to intervene in existing cases rather than start judicial review proceedings on their own.”

He added: “I think it’s important that where they see something significant affecting disabled people, they should jump in and start to do some work on that instead of waiting until disabled people – who struggle in so many ways and who are facing increasing adversity in this country – bring the issue to start off with.”

Paulley also said he would like to see disabled people’s user-led organisations given the power to take class actions on behalf of their members, as it was often an “impossible burden for disabled people to enforce their rights” on their own.

But Fogerty called on disabled people themselves to do more to enforce their rights under the Equality Act, as other minority groups protected under the legislation had done.

He said: “Being a wheelchair-user, if I’m trying to access a shop and there is a step and no wheelchair access, it is the same to me as a wheelchair-user as there being a sign in the window saying, ‘No Black People, No Lesbians, No Pregnant Mothers’.

“That is the same message they are giving to me as a wheelchair-user.”

He added: “If you don’t complain, if you don’t write in, then nothing is going to happen.

“It involves getting behind your word processor, I’m afraid, and doing a bit of work.”

He said he believed that taking legal action should be a last resort, after all attempts to resolve a complaint with a service-provider had been exhausted, because “litigation never results in a win-win situation”, with one side always losing.

Meanwhile, the pan-London Deaf and disabled people’s organisation Inclusion London has issued a call for examples of inaccessible goods and services for a possible legal action.

Tracey Lazard, chief executive of Inclusion London, said: “Despite service-providers having legal duties under the Equality Act 2010 to make reasonable adjustments to prevent discrimination and disadvantage, inaccessible goods and services are still a daily reality for Deaf and disabled people.

“Whether its lack of physical access, failure to produce accessible information, provide appropriate communication support or make other reasonable adjustments, this discrimination – because that’s what it is – is systemic and alive and kicking across all service-providers.”

She added: “Currently, service-providers know they can get away with continuing to discriminate against us.

“We want to change this. We want to take action that will help make our Equality Act rights a reality.”

Inclusion London is looking for examples of inaccessible goods and services that Deaf or disabled people have encountered, such as “routinely broken accessible loos, lack of ramps, failure to produce information in accessible formats, failure to provide assistance or refusal of a service”.

Anyone with an example should email a brief description of the discrimination they have witnessed, the name of the service-provider, and – if they like – their own contact details, to: [email protected] by 27 November.