You are here: Home / Benefits and Poverty / WCA reviewer tells MPs that DWP is ‘odd’ and ‘characterised by inertia’ 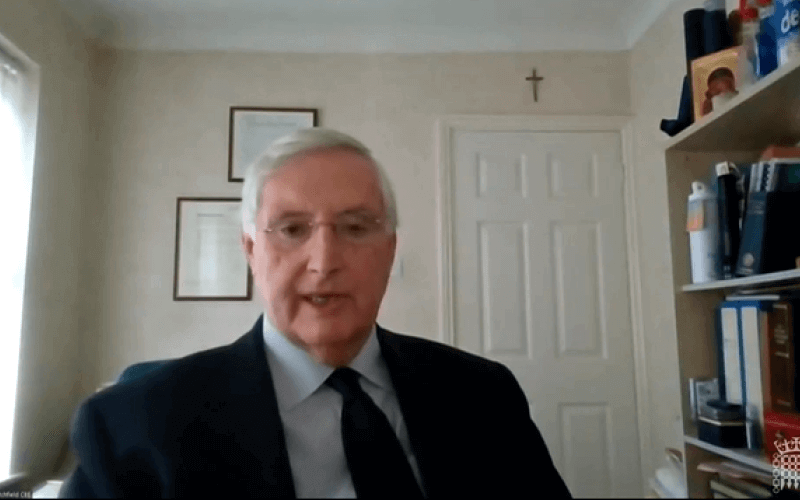 The expert who was twice commissioned by the government to review the work capability assessment (WCA) has delivered a damning assessment of the Department for Work and Pensions (DWP), in an evidence session with MPs.

Dr Paul Litchfield, who led the final two independent reviews of the WCA in 2013 and 2014, told members of the Commons work and pensions committee that the “operational” side of DWP had constantly resisted his ideas for improvements to the assessment.

He said that DWP was characterised by “inertia”, and that it was “odd” and “different to other civil service departments I have had contact with”.

He said he had found the department to be “co-operative” and “enthusiastic” at a policy level.

But he added: “I constantly got the impression from the operational side that it was all a bit of a nuisance and that when I made recommendations about ways that the process might be improved, it was always pushed back really quite quickly, saying, ‘oh, it’s not cost effective’ or ‘it’s impractical’, or ‘we’ll accept it in principle, provided…’”

He said it appeared that, seven years on, “things just haven’t been taken forward”.

Litchfield (pictured) said there had always been a “sucking of teeth” when recommendations reached the operational side of DWP.

He added: “I do wonder if they just wait out the things that they don’t really fancy doing, until a new lot come along.”

Litchfield said he had found in his first review that there was “systematic” bias in the way employment and support allowance (ESA) claims were handled by DWP, which led to “some odd decisions being made”, but that this had not been addressed.

He said that he believed there had not been “a lot of progress” in improving the WCA since he finished his final review in 2014, and that there had been no improvement that he could see in how fair people believed the assessment was, when comparing the situation before and after his reviews.

Litchfield also said he believed there needed to be another independent review of the WCA, seven years after the last one reported.

He said the assessment process was currently based on thinking that was developed “40 or 50 years ago”.

And he suggested that the government should develop a new assessment, which he said should be based on the – widely discredited – biopsychosocial (BPS) model of disability.

But academics and activists have argued that the WCA was already based on the BPS model and that this model was also used to justify the post-2010 decisions by the coalition and subsequent Tory government to cut spending on disability benefits.

Three disabled researchers in 2016 found that the biopsychosocial model did “not represent evidence-based policy” and was riddled with inconsistencies, misleading statements and “unevidenced” claims.

Key to the BPS model, the authors said in 2016, was the idea that “it is the negative attitudes of many ESA recipients that prevent them from working, rather than their impairment or health condition”, essentially branding many benefit claimants “scroungers”.

They said this allowed supporters of BPS – including a string of Tory and pre-2010 Labour government ministers – to draw a distinction “between ‘real’ incapacity benefit claimants, with long-term and incurable health conditions, and ‘fake’ benefit claimants, with short-term illness”, with the model responsible for a “barely concealed” element of “victim-blaming”.