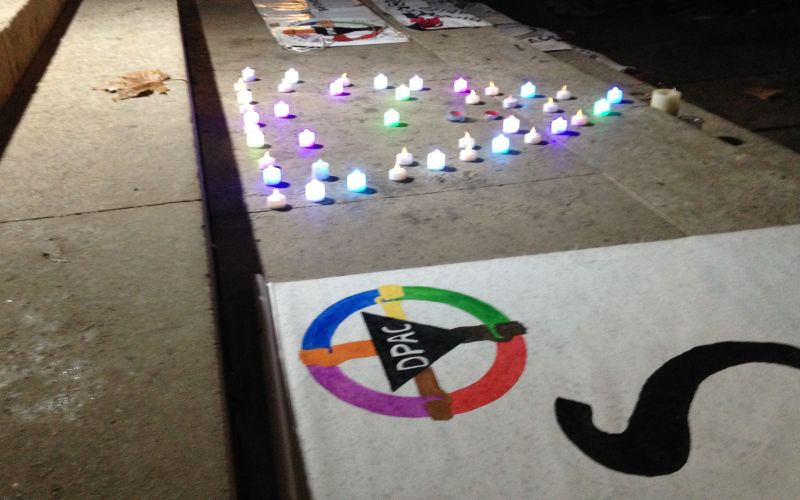 Labour’s shadow chancellor has promised that the government will be dragged before MPs to explain why it was found guilty of “grave or systematic violations” of disabled people’s human rights by the United Nations.

John McDonnell told Disability News Service (DNS) last night (Wednesday) that Labour would ensure there was a debate about the report, published last week, so the government could be held accountable.

The report found that the UK government had discriminated against disabled people across three key parts of the UN Convention on the Rights of Persons with Disabilities (UNCRPD).

Since the ground-breaking report was published, the government – the first to be investigated by the UN over such allegations – has refused to make a statement to MPs, although in its response to the UN it dismissed all 11 of the report’s recommendations.

The UN report concluded that the government’s social security reforms had “disproportionately affected persons with disabilities and hindered various aspects of their right to live independently and be included in the community”.

And it said that claimants in the employment and support allowance (ESA) work-related activity group (WRAG) who had been sanctioned had “faced financial hardship, including through becoming indebted, relying on the support of relatives or on food banks or having reduced essential services”.

Disabled people, said the report, “have had their freedom of choice and control over their daily activities restricted, the extra cost of disability has been set aside and income protection has been curtailed as a result of benefit cuts”.

Asked by DNS why there had been no debate in parliament on the report, and why work and pensions secretary Damian Green had failed to issue a written statement, a Department for Work and Pensions spokeswoman said: “It is for Parliament to determine the daily business of the House and the Commons.”

By noon today (Thursday), she had failed to explain why there has been no written statement, which would be a decision taken by ministers and not parliament.

McDonnell was speaking to DNS at a protest (pictured) organised by Disabled People Against Cuts (DPAC) to mark the death last week of its co-founder Debbie Jolly, to call for an end to the government’s welfare reforms, and to highlight its “outrageous” refusal to accept any of the UN report’s 11 recommendations.

McDonnell, a long-time supporter of DPAC, told DNS: “For me, the UN report was an accurate survey of how disabled people have been treated by this government.

“I know the government has challenged some of its findings, but I know some of the people… interviewed and they gave honest, basic evidence of what life is like at the moment for disabled people under this government.”

Asked why the UN report had not yet been debated in parliament, McDonnell said MPs had referred to it in speeches earlier that day when debating a motion he moved that called on the government to abandon its planned cuts of £30-a-week for new ESA WRAG claimants from April next year.

But he promised that Labour would force a debate on the report.

He said: “Whether we do it on opposition day or backbench day we will choose a time to do that.

He had earlier paid tribute to Jolly’s work in his speech in the House of Commons, before the government eventually won a vote on Labour’s motion by just 19 votes, a far slimmer margin than usual.

Penny Mordaunt, the minister for disabled people, later echoed his tribute, describing Jolly as “a noted researcher and sociologist, as well as a tireless campaigner”.

Disabled activists stood for more than an hour in the rain outside parliament last night to support calls for an end to further damaging welfare reforms and demand that the government responds to the UN report.

They were also there to pay tribute to Jolly, who played a huge part in ensuring the UN inquiry took place, but who died last week, just days after the report was published.

Among those disabled people’s organisations (DPOs) that spoke at the protest and paid tribute to Jolly’s work were Inclusion London, the Mental Health Resistance Network, Black Triangle, WinVisible, the Alliance for Inclusive Education, and a disabled representative of the left-wing political movement Momentum, while representatives of other DPOs such as Equal Lives and People First (Self Advocacy) also attended.

There was also a message of support read out from film director Ken Loach, whose award-winning film I, Daniel Blake has boosted campaigners’ efforts to force the government to scrap the work capability assessment and benefit sanctions.

Linda Burnip, a co-founder of DPAC and a close friend of Jolly, told the protest: “Too many of us have been driven to death or left to fester at home without the levels of care and support we need to take part in society.

“As well as honouring Debbie’s memory, we are also here today to protest at the outrageous response of the Tories to the UN report.”

She said she felt an “enormous sense of loss and loneliness” at Jolly’s death, and paid tribute to her “loyal and trustworthy” friend’s “determination”, “stubbornness” and “outspokenness”.

She said her death would be “a massive loss to the disabled people’s movement”, and said there had been “hundreds of tributes from all sorts of people whose lives she had touched”.

Ellen Clifford, another friend and DPAC colleague, said the UN report had been “vindication” for Jolly and other activists who had worked so hard to ensure it took place.

But she warned that the government was “working hard to bury the report. We are here to make sure the report does not get buried.”

She added: “We are also here to remember Debbie. She wouldn’t have wanted us to mourn. Tonight let us celebrate how f*****g awesome Debbie was.”

Tracey Lazard, chief executive of Inclusion London, said Jolly had been “utterly amazing” and a “fearless champion and advocate and campaigner”.

She said the UN report was “damning” and was the first time a country had been subjected to a UN inquiry into allegations of “grave or systematic violations” of the UN convention.

She said: “The government must respond in parliament to the findings of the UN investigation.”