You are here: Home / Employment / Access to Work in crisis as figures show ‘massive’ waiting-list 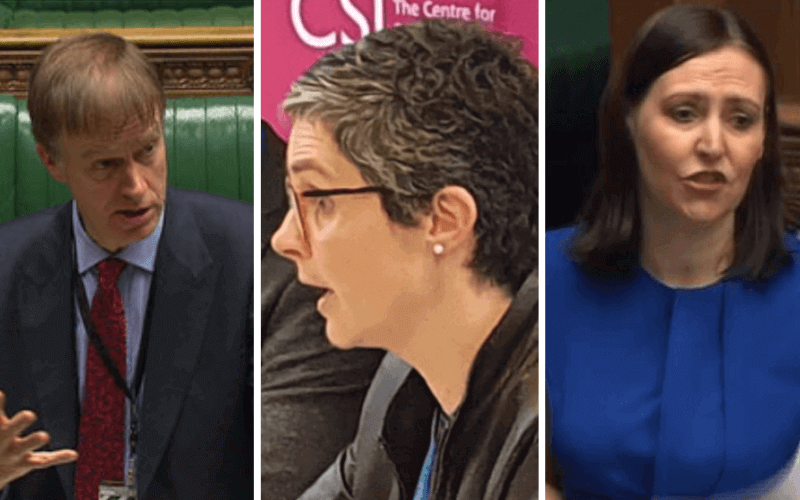 The government’s Access to Work (AtW) scheme is in crisis, with new figures showing the number of disabled people waiting for decisions on their applications has more than quadrupled in a year.

By 22 March, there were 20,909 disabled people waiting for a decision on their claim for support through the disability employment programme, compared with just 4,890 a year earlier.

The waiting-list is also more than twice as high as it was at the start of the pandemic, in February 2020, when there were about 8,500 disabled people waiting for a decision.

Disability News Service (DNS) has also been trying to secure comparison figures from earlier years, but the Department for Work and Pensions (DWP) claims it is too expensive to provide statistics from before February 2020 because it would “require significant data cleansing”.

The new figures – which DWP warns are not official statistics – were provided to DNS in response to a freedom of information request.

Vicky Foxcroft, Labour’s shadow minister for disabled people, said: “Disabled people are being let down by this government; these statistics clearly show ministers’ failure to tackle the long waiting-lists for the Access to Work scheme.

“A future Labour government would work closely with disabled people to develop bold ideas to ensure we have a scheme that works for disabled people, isn’t overly bureaucratic and reduces the disability employment gap.”

One disabled woman, Rebecca*, who has faced months of delays with her application, has told DNS how she began her new job on 13 December 2021 and immediately applied for AtW.

She did not receive an acknowledgement and so applied again on 12 January.

She was finally told in mid-February that there was a 12-week delay and she would not be contacted about her claim until the middle of April.

After complaining to her MP, he was told on 6 April by the minister for disabled people, Chloe Smith, that her application had been received in December and was currently awaiting allocation to a case manager.

Smith claimed in the letter that DWP was using overtime to deal with delays, while it had been recruiting extra staff.

She has been worrying since last December that without the support she needs she would lose her job.

An employment support mentor has been able to offer a few hours of support but has not been paid since last year.

Rebecca said: “I studied for three years to get a qualification to start work because no-one would hire a disabled person, even in a junior position, without excessive qualifications and it was terrifying that it might all come undone because I couldn’t do my work due to the Access to Work delay.

“My boss has made not just reasonable adjustments but bent over backwards to help when Access to Work should have stepped in.”

Stephen Timms, the Labour MP and chair of the Commons work and pensions committee, who secured figures in February showing that the waiting-list was then approaching 18,000, said: “I am very worried by the massive increase in the waiting-list for Access to Work.

“The programme provides vital support for people with a wide range of physical and mental health barriers to take up and stay in their jobs.  The need for help is often urgent.

“These delays will be making the disability employment gap even worse.”

The scheme – which provides disabled people with funding to pay for some of the extra disability-related expenses they face at work – has faced years of complaints and concerns about “bureaucratic incompetence”, delays and errors.

A report commissioned by Inclusion London found in 2017 that the scheme was “a cornerstone of the movement for equality and civil rights for Deaf and disabled people in the UK” but had been “beset with so much bureaucratic incompetence and obstructionism in recent years that, in many respects, Access to Work is no longer fit for purpose”.

More recently, DNS has been hearing of disabled people being told by AtW of a 12-week backlog of applications waiting to be allocated to a case manager.

Information about the delays facing AtW claimants has often been difficult to secure from DWP.

As far back as October 2015, the then minister for disabled people, Justin Tomlinson, told Labour’s Kate Green that providing official statistics for AtW waiting times “would incur disproportionate cost”.

DWP this week declined to say if Chloe Smith, the minister for disabled people, accepted that the scheme was in crisis, and explain why she had taken so long to act when the steep rises began 12 months ago.

It also declined to say if the figures showed that the prime minister’s promises when the National Disability Strategy – since declared unlawful by the high court – was published “to build a better and fairer life for all disabled people living in the UK” and to “build back better and fairer, for all our disabled people” had now been exposed as empty rhetoric.

But a DWP spokesperson said in a statement: “As more disabled people are starting new jobs, there has been an increased number of people applying for support through Access to Work.

“We’re working hard to make sure their applications are progressed as soon as possible, by recruiting additional staff and introducing overtime working to help meet the increase in demand.”

DWP also said that, following regular reviews of its processes as AtW applications have increased, the department was now treating those applications that are classified as renewals of claims as a priority group.