You are here: Home / Politics / Activist wins historic election to new Labour role and calls on party to end discrimination 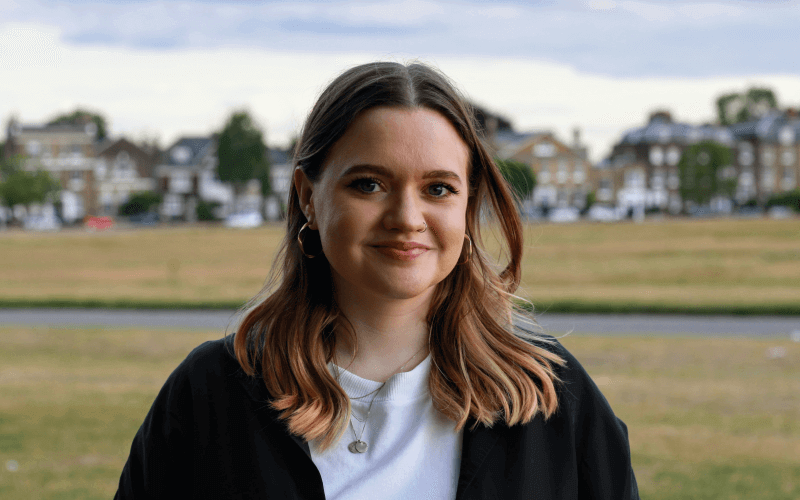 Labour’s first elected representative of its disabled members on its national ruling body has called on the party to take the opportunity to address the years of discrimination they have faced.

Now, as one of 39 NEC members, she will be calling on Labour to put an end to the years of frustration felt by disabled members at the discrimination they have experienced from their own party*.

She said: “We have never had any formal representation on Labour’s ruling body ever before in their 120-year history.

“I really think we have such a big chance for transformative change with this role.

“I am going in there very optimistic that we can make the changes that we need.”

But she added: “It will absolutely be a battle.

“Historically, speaking to so many other disabled activists, I don’t think we have ever, ever prioritised disabled members.

“How is it we have got to the point where, in the history of the Labour party, we have never had formal representation on its ruling body?

“How have we ever got to the point where anybody thought that was OK? I need to believe that it’s ready to prioritise us.

“There is a real historic under-valuing of disabled members. That was also clear in the general election. I spoke to a lot of disabled people who did feel let down by Labour and I think they have felt for a long time that Labour takes them for granted.

“People assume that because they are not the Tories, and the Tories have done us immeasurable harm, that disabled people will always vote Labour, but we need to be doing better than that.

She said she was sure she would feel outnumbered as just one of 39 NEC members, but she believed that the party accepted that it was “well overdue” that disabled people had a representative on the NEC.

She said: “I don’t think anyone can really argue with the changes that we need to make at this point.

“It is very clear that Labour has deprioritised what disabled members need for a long time for both policy and access, so I think now really is the time.”

She said that thousands of disabled people were now counting on her to “be positive and build relationships with people across the party” but also to “hold Labour to account”.

She said she would always “challenge the party” when it was needed.

Morrison (pictured) said: “They didn’t want someone who was going to just sit there quietly.

“They want me to be heard and they want their voices to be heard… and I have thousands of disabled members who will hold me to account as well.”

The election led to more than 16,000 party members registering as disabled members, which she said was “a really big opportunity” for Labour to discover how many of its members were disabled people.

But she said the party had also missed an opportunity, by not asking them at the same time what their access needs were and how Labour could support their future involvement.

One of her priorities now is to push Labour to carry out a party-wide accessibility review, following years of growing concerns among disabled members.

She said: “What was just so clear in this party was how bad the experience has been for Deaf people in particular, [who] face some of the biggest barriers to participation.

“I think that has to be one of the priorities.”

One key idea she wants to push is for the party to set up a central access fund that poorly-funded local parties, which may not be able to afford to pay for British Sign Language interpreters, for example, can draw on.

Morrison stressed that – although she was elected on her own campaign priorities – she wants to ensure that she consults with disabled and Deaf party members on everything she does, asking them constantly: “Is that the right way forward?”

She said: “But I think we do have to, as a priority, establish something in writing in the rulebook that guarantees their right to participate in Labour spaces without challenge.

“Deaf members are shut out of the party more than any other group, to my understanding.”

Morrison campaigned on 12 pledges on accessibility, party democracy, and policies such as scrapping universal credit (UC) and work capability assessments, introducing a new National Independent Living Support Service (NILSS) and enshrining the UN Convention on the Rights of Persons with Disabilities into UK law.

On UC, she believes the party’s shadow work and pensions secretary, Jonathan Reynolds, has committed to scrapping a benefits system widely criticised as deeply flawed, even by Department for Work and Pensions civil servants.

She said her conversations with disabled party members during the campaign, including through a questionnaire and the results of a poll, have given her a clear picture of their priorities.

One is to ensure that Labour allows those members who cannot attend party meetings in person to attend remotely – particularly as this has been shown to work during the pandemic crisis.

Another is for Labour to introduce new structures for disabled members that allow them to play a role in the party at local, regional and national level, including disabled members’ branches in each Constituency Labour Party (CLP).

She said: “This would give us more power to organise and it would really strengthen our structures.”

She is hoping the party will introduce genuine co-production with disabled party members on drawing up policy, so there is a process where “shadow ministers are working with disabled members to produce policy.

“Currently it is done on an ad hoc basis, so I think we really need something set in stone that really guarantees this.”

Morrison was introduced to activism as a disabled person through membership of the Unite Community union and the grassroots anti-cuts movement Disabled People Against Cuts, experiences she says “made me as an activist”.

She also worked previously in a part-time role for Inclusion London, and is currently acting co-chair of the service-user-led Commission on Social Security, as well as being a “proud DPAC activist”, disability officer for her CLP, and chair of Unite London eastern young members’ committee.

She became politicised, she says, after becoming very ill while travelling in south-east Asia, which exacerbated an undiagnosed health condition.

She said: “I feel ashamed that it was politicising and that I really wasn’t aware of how awful things were until that point, but that’s when I started to try and navigate the benefit system and trying to get the help I needed from the NHS, and it was all incredibly difficult and I felt I was just left with no support.”

She said she had not expected to win the contest because her nearest opponent – Sheffield city councillor George Lindars-Hammond – had the block support of several of the largest unions, including Unison, GMB and USDAW.

But Morrison still managed to win the election because she performed so well among wider disabled party members.

She said: “I was overwhelmed and quite shocked on Friday night that we had done it.

“Now I am just really excited by it.

“Yes, I have been cynical and disappointed in Labour for a long time, but I think there is a chance this is a real opportunity and I do feel excited by it and I feel ready to throw myself into the role.”

Even though she is currently unwell, she added: “For someone who is chronically exhausted, I feel emotionally re-energised by this.”

*There will be regular updates on her progress on www.ellenfornec.com