You are here: Home / Crime / Agencies ‘failed to work together’ to save disabled man murdered by friend 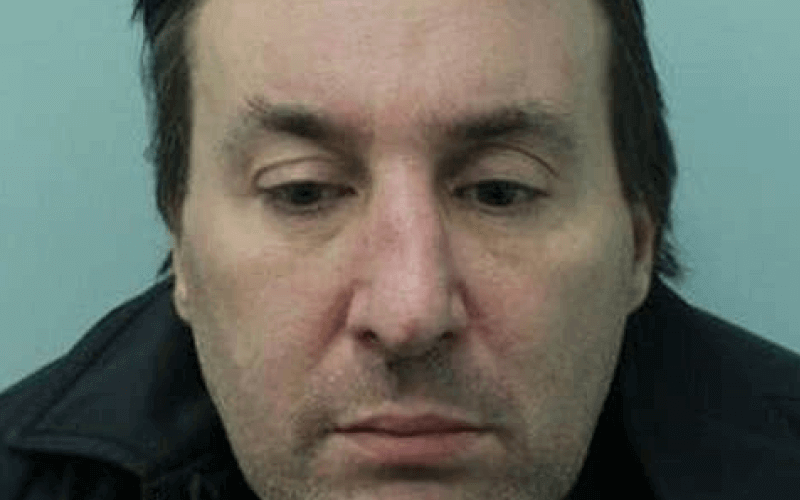 Social services, police and other agencies could probably have saved the life of a disabled man who was exploited by “friends”, if they had worked together and shared information about his ordeal, says a leading disabled campaigner.

In the months leading up to his death in February 2018, Mark Smith (pictured) repeatedly asked the housing association that owned the block of flats where he lived in Chingford, north-east London, to change the locks on his front door.

People he referred to as “friends” had taken over his flat and changed the locks, a process known as “cuckooing”, which has been linked to many cases of exploitation of people with mental health conditions or learning difficulties.

A review into the circumstances leading up to the murder, commissioned by Waltham Forest’s safeguarding adults board, has concluded that agencies that had repeated contact with Smith – including his housing association, police, social services and NHS – failed to work together to protect him.

But Disability News Service can also reveal that Waltham Forest council’s social services department failed to alert a local disabled people’s organisation to Smith’s case, even though it specialises in supporting victims of cuckooing and hate crime.

Ruth Bashall, chief executive of Stay Safe East, which works to support disabled survivors of abuse and violence, said: “If there was multi-agency working they could probably have saved his life. He was asking for help.”

She said Stay Safe East has worked on seven or eight cases of disabled people who have been victims of cuckooing in the last year, but they were never contacted by the agencies involved in Smith’s case.

She said: “It’s frustrating because Stay Safe East has been working closely with social services, housing, and the police in Waltham Forest, including taking referrals on disabled people who have been cuckooed.”

She added: “We are extremely disappointed that he was not referred to us by social services.

“We are one of the very few independent organisations working with disabled victims of cuckooing.

“This death could probably have been avoided.”

Bashall, who has been writing about the failure of the safeguarding system for the last decade, was today (Thursday) due to deliver a seminar on cuckooing at the offices of Inclusion London, for the London Deaf and disabled people’s hate crime partnership.

Carol Campling was convicted of Smith’s murder this summer and sentenced to a minimum of 17 years in prison.

The safeguarding review – which was completed last year but was not published earlier because of Campling’s trial and sentencing – suggests that if the various agencies had worked together, they might have prevented Smith’s murder, although the report does not explicitly draw this conclusion.

It follows reviews into numerous other deaths of disabled people over the last decade, and longer, which have also blamed the failure of agencies to work together and share information to protect disabled people from violence and exploitation.

These include the death of David Askew in March 2010, the murder of Michael Gilbert in January 2009, and the murder of Lee Irving in June 2015.

The council report describes Smith as a “friendly person” who “tried to stay out of disagreements”, and it says that his “friendship group” – which was frequently involved in criminal and anti-social behaviour – was “challenging”.

It says that at “different times he wanted to be part of the group and thought of them as his friends and at other times felt frightened and anxious about the relationships with some individuals”.

One of those individuals was Campling.

Smith, who had physical and mental health impairments, problems with drugs and alcohol, and was himself involved in criminal and anti-social behaviour, spoke to police on several occasions after being assaulted by his so-called friends.

In the August before his murder, he told police he had been assaulted by a friend, but he refused to go to hospital.

A few days later he attended a local police station and said he was frightened that a friend was going to hurt him, and that he was anxious and depressed.

Later that month, officers attended his flat after he failed to attend a court hearing and found him injured.

Two months later, police were called to his flat by a friend who said Smith was badly injured. He told officers he had been beaten up by several people.

In all, police made five referrals to a multi-agency safeguarding system about Smith’s safety and wellbeing in the year before his murder.

But although the Labour-run council’s adult social care department “screened” each one of these referrals, social workers made no contact with him and just referred his case to a drug and alcohol abuse service which was no longer in contact with him.

It also says that the physical violence Smith was experiencing had been increasing, while his health was continuing to deteriorate because of his heavy drinking.

The review found that agencies including the Metropolitan police, the council’s adult social care department, NHS bodies, and the housing association that owned the flats where both Campling and Smith lived, failed to work together to share information about Smith.

It concludes: “Agencies were working within their own remit, not going outside of this and not communicating with other agencies which resulted in a limited understanding of the situation and the wider context.”

It adds: “This lack of multi-agency approach led to missed opportunities to share information and effectively plan intervention and support for Mark.”

A spokesperson for Waltham Forest council had failed to comment by noon today (Thursday) on why its social services department failed to ask Stay Safe East to support Mark Smith.

He also failed to say if the council believed that Smith’s life could have been saved if there had been proper multi-agency working.

But he said in a statement: “We have taken on board the recommendations made by the Safeguarding Adults Review following this tragic case.

“Staff training has been strengthened so that colleagues from all agencies, including GP surgeries, pharmacists, and community centre staff as well as police and social workers, are better aware of the signs of someone who is being exploited and how they can raise concerns.

“This ensures that a safeguarding approach is taken alongside any potential enforcement, with the individual and their needs at the centre of the decision making.”