You are here: Home / Education / Anger after writer with ‘insulting’ views on inclusive education is appointed to watchdog 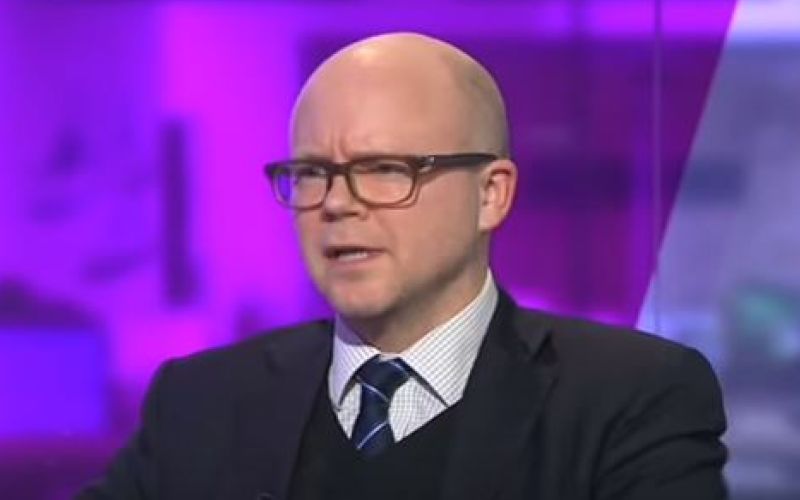 The government has sparked shock and anger after appointing a controversial right-wing writer and free schools advocate – who made “insulting” and “extremist” comments about inclusive education and eugenics – to the board of its new higher education watchdog.

The Department for Education (DfE) announced this week that Toby Young (pictured) was one of its last six appointments to the board of the Office for Students (OfS).

OfS is the new regulator for the higher education sector, and the government claims that it will “put the student interest at its heart”.

But the appointment of Young – known as both the author of the best-selling memoir How To Lose Friends And Alienate People and the co-founder of a free school – caused anger and shock this week, particularly among campaigners for inclusive education.

Five years ago, in an article for the right-wing magazine The Spectator, Young wrote, in an article about plans to bring back O-levels, of how “inclusive” was a “ghastly, politically correct” word, which meant that schools had to have “wheelchair ramps… and a Special Educational Needs Department that can cope with everything from Dyslexia to Munchausen Syndrome by Proxy”.

He added: “If [Michael] Gove is serious about wanting to bring back O-levels the government will have to repeal the Equality Act because any exam that isn’t ‘accessible’ to a functionally illiterate troglodyte with a mental age of six will be judged to be ‘elitist’ and therefore forbidden by Harman’s Law.”

He later added a footnote that claimed he was not opposed to including disabled people in mainstream education and suggested that critics had misunderstood him.

He has also written, in another article, of how he is in favour of “progressive eugenics”, arguing that “it is not through changing the culture that we will be able to solve the chronic social problems besetting the advanced societies of the West, but through changing people’s genes”.

He adds: “What I’m proposing is a form of eugenics that would discriminate in favour of the disadvantaged.

“I’m not suggesting we improve the genetic stock of an entire race, just the least well off.

“This is a kind of eugenics that should appeal to liberals – progressive eugenics.”

A series of disabled campaigners have spoken out to criticise his appointment.

Rachel O’Brien, disabled students’ officer for the National Union of Students, told Disability News Service (DNS): “While Toby Young’s views are sadly not abnormal, it is striking that somebody with such a large repertoire of inflammatory articles and statements disparaging student diversity has been appointed to the Office for Students board.

“Disabled students should have the right and opportunity to access all levels of education on an equal basis to non-disabled people – the problem is not that we have impairments, but that our education system is not inclusive.

“The Department for Education and the OfS must not lose sight of the needs of students across the UK and focus on making sure that our education system is inclusive of all people.”

Sue Bott, deputy chief executive of Disability Rights UK, said: “Whatever student interests Toby Young is supposed to be looking out for it is unlikely to be disabled students, given his track record of calling for the abolition of inclusion policies and his insults to disabled people.

“What is needed in the new Office for Students is someone who will champion the interests of disabled people.”

The disabled journalist and presenter Mik Scarlet said Young’s appointment was like giving the right-wing commentator and former reality TV star Katie Hopkins a say in the country’s immigration policy.

He told DNS: “The appointment of Toby Young, who openly supports eugenics for the poor, wants to end inclusive education and has written asking to have the Equality Act repealed, is yet more proof that our current government holds disabled people in great disdain.”

He pointed to comments made by chancellor Philip Hammond that blamed disabled people for the country’s poor economic performance, and government social security changes that had “targeted disabled people whether they are in work or not”.

He said: “To give someone like Young, who has openly written about supporting ‘progressive eugenics’, a position over the futures of our youth is shameful.

“We all know that some extremists on the right of politics believe disabled people are a drain on society, but it is becoming more and more clear that this kind of thinking is becoming government policy.

“Toby Young should be seen as a dangerous extremist, not a person worthy of helping shape the future of education in the UK.

“If the May government doesn’t remove him immediately, they are showing their true colours.

“Disabled people have to take a stand on this appointment or things may get even darker than they are now.”

She said: “Firstly, he represents a political appointment made on the grounds of cronyism.

“He is serially under-qualified to speak on educational matters and most of his successes can be traced to being well-connected.

“Secondly, he is an out-and-out eugenicist and that the government would endorse his beliefs towards disabled people is appalling, but not surprising given their policies.

“Thirdly, his attitude towards inclusive education is not only vile and repulsive, but outdated and at odds with Equality Act legislation.

Young told DNS that he had expressed himself poorly in his Spectator column, and insisted that he was not opposed to disabled children being educated in mainstream schools.

“In that column, which was a defence of Michael Gove’s proposals to reform GCSEs, I was using the term ‘inclusive’ to refer to the dumbing down of the national curriculum by the last Labour government so it could point to the increasing percentage of children doing well as evidence of school improvement.

“I accept that I expressed myself poorly and left myself open to misinterpretation as a result, but rather than rewrite or delete the original column I attached a clarification to the bottom of it.

“As you say, not everyone is persuaded by this – they claim to have a special insight into what I really think – and it’s hard to argue with people who think they can see into your soul.

“But please be assured, I do not possess the toxic views that have been ascribed to me.”

When asked why he had included the comment about ramps, he said it was “a silly thing to say”, and added: “If I could erase it from history I would.”

The Department for Education refused to respond to Young’s comments on inclusive education and eugenics, but said in a statement: “Toby Young’s diverse experience includes posts at Harvard and Cambridge as well as co-founding the successful West London Free School.

“This experience will be vital in encouraging new providers and ensuring more universities are working effectively with schools.

“The appointments to the board reflect the diverse needs of the higher education sector, young people and employers.

“The OfS board’s broad range of skills and experience across the field of education will ensure it is able to deliver for students.”

Picture: Toby Young being interviewed on Channel 4 News in 2014 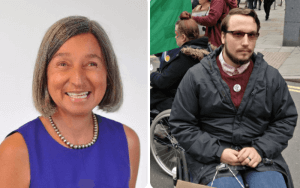 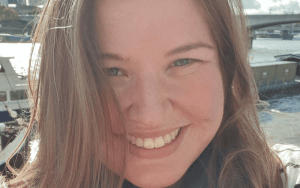