You are here: Home / Human Rights / Anger and disbelief over Johnson’s ‘red meat’ Covid announcement ‘that will cost lives’ 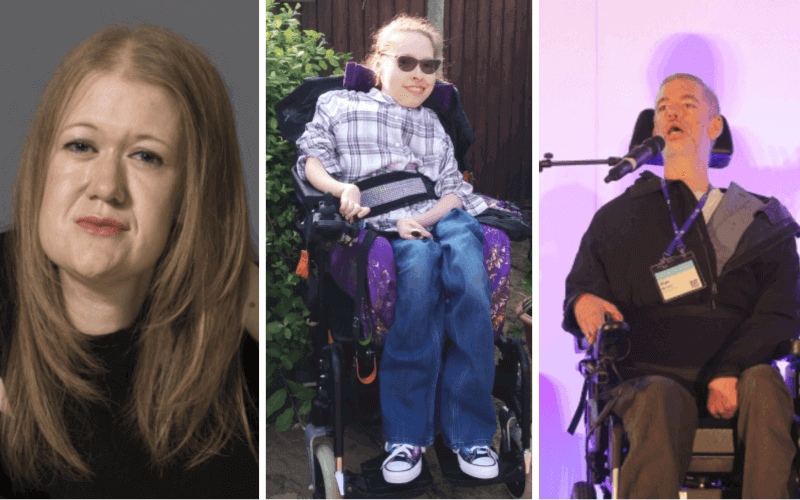 The prime minister has been accused of risking the lives of millions of disabled people, after he announced that the final COVID-19 restrictions in England would probably be lifted a month earlier than previous planned.

Boris Johnson said yesterday (Wednesday) that he expected to be able to announce later this month that the last remaining “domestic restrictions” – including the legal requirement to self-isolate after a positive test – would end a month before they were due to expire.

This would mean the regulations ending on 24 February, in just two weeks.

The announcement came even though the latest figures from the Office for National Statistics, also released yesterday, showed the percentage of people testing positive for coronavirus in England increased in the two weeks up to 5 February.

There had already been anger among many of the 3.7 million people seen as clinically extremely vulnerable (CEV) to the virus when Johnson ended the so-called Plan B restrictions late last month, with some calling that decision dangerous, populist and irresponsible.

But yesterday’s announcement appears to have sparked even greater levels of anger and disbelief.

Many suggested that the prime minister had made the decision to draw attention away from the continuing criminal investigation into parties held in Downing Street during the pandemic, to prop up support among right-wingers in his party, and to distract from the cost-of-living crisis.

Doug Paulley, who himself is CEV and has just recovered from Covid, said that many of his disabled friends had been “hiding away for a couple of years, and this spells continued suffering for them”.

He told Disability News Service (DNS): “As usual, throughout society and particularly throughout the pandemic, they’re throwing clinically extremely vulnerable people under a bus.”

Another leading disabled campaigner, Alan Benson, who is also CEV and has left his house just five times since October as he shields from the virus, said Johnson appeared to be “declaring the end to the pandemic”.

But he told DNS: “The virus doesn’t listen to our government.

“If, as rumoured, they stop publishing daily statistics, I won’t even have the information I need to protect myself.”

Jumoke Abdullahi, communications and media officer for Inclusion London, said the government’s decision to end Covid restrictions a month early “in the midst of scandal after scandal (after scandal)” was “unsurprising”.

She said: “It is actually in keeping with this administration’s attitude towards disabled people and those with chronic illnesses.

“We’re seen as expendable and acceptable collateral damage in Johnson’s continuing bid to remain at number 10.”

She said the move was “so clearly a politically motivated attempt at currying favour with the general public”.

She said Inclusion London was calling on the government to show “a real and ongoing commitment to ensuring that decisions made around the ongoing pandemic place the impact on disabled people at the centre”, with the need for proper engagement with disabled people and their organisations.

Fazilet Hadi, head of policy at Disability Rights UK, said her organisation had “grave concerns” about the proposed removal of restrictions at the end of February.

She said: “Where is the science and evidence behind this thinking?

“There is a small but significant number of disabled people who still cannot participate in day-to-day life because of the risk of severe illness or death from Covid.

“The government should be doing everything in its power to ensure that society seeks to protect those at most risk from Covid as long as there is a global pandemic.

“Instead, it appears to be pretending that Covid has gone away and everyone can carry on as normal.

“At risk disabled people still need protections, including employment and income protections, and access to food and medicine without increased risk.

“Given the size of the at-risk group compared to the start of the pandemic, there is no sensible reason why the government cannot reintroduce such protections instead of abandoning at-risk disabled people.”

Fleur Perry, who has had to shield through the pandemic, said the announcement felt as if “another layer of protection for CEV is being stripped away”.

She told DNS: “It’s already impossible in a public place to follow current (unannounced) guidance to social distance, and to avoid unvaccinated people.

“It’s going to become even less possible to dodge Covid if those who are Covid-positive are going to be sharing that public space.

“Learning to live with Covid means accepting that thousands will die with Covid, a preventable danger.

“These deaths will be preventable, and that’s not acceptable. “

She said she had hoped the world would not return to “normal + Covid” and that the country would instead have learned from the pandemic and committed to improving respiratory hygiene, even if COVID-19 was now a less serious virus than it had been at the beginning of the pandemic.

Perry said: “As a ventilator user, flu and other respiratory infections are extremely hazardous to me, and the measures we have in place for these are insufficient.

“I know many people who have lost someone to a transmitted respiratory infection, or been seriously unwell from one – myself included.”

She added: “We need self-isolation to become a socially expected behaviour, and liveable sick pay – particularly within the NHS and social care – to make this possible.

“We need to make sure that ‘just a sniffle” doesn’t get passed on and become someone else’s ‘I need an ambulance’ moment.”

Disabled activist Rick Burgess, from Manchester DPAC and Recovery in the Bin, said: “This is a ‘red meat’ desperate move by embattled Johnson to hang on to power by appealing to his far-right populist base, and is actively hostile towards disabled people.

“I hope people think for themselves and keep using masks in shared spaces and isolating if infected. That will be how you show you are an ally of disabled people.”

Researcher and writer Sue Jones told DNS that Johnson’s proposed “living with Covid plan” actually meant “some of us dying of Covid”.

She said the Omicron variant was “extremely contagious” and while some employers may put in place support for those who are CEV, “they won’t do that for their close family members who live with them”.

Jones said that “for those of us who are [CEV], it feels like the government have completely disregarded the equal worth of our lives.

“We are going to be left without any social protection at all, at greatly increased risk of catching the virus.

“It’s a gamble with our lives, because the vaccine has not prevented some people who have been fully vaccinated from dying of coronavirus.”

Health and social care secretary Sajid Javid said on Twitter that the move to end the restrictions early meant that England was “learning to live with COVID”.

But disabled journalist and author Frances Ryan, who has been shielding from the virus through the pandemic, responded by saying: “As long as this lot are in power, ‘learning to live with COVID’ means clinically vulnerable people dying with it.”

She had tweeted earlier: “There is no possible reason to end the legal requirement to isolate if you test positive for Covid.

“Coronavirus has not stopped being a highly contagious deadly disease. Clinically vulnerable people have not stopped existing.

“A politically motivated punt that will cost lives.”

Meanwhile, Matthew Taylor, chief executive of the NHS Confederation, said: “Around 40 per cent of NHS staff absences are due to Covid currently and so removing the self-isolation requirements could bolster capacity significantly at a time when the service is committed to tackling its waiting lists but we have to be mindful that it could also lead to higher rates of transmission, which could then lead to more admissions into hospital alongside more ill health in the community.

“The public deserves transparency about what the scientific advice says about self-isolation and if the legal requirements are removed, for clear communications to be given about it being everyone’s responsibility to behave in ways that won’t inadvertently spread the illness to others.” 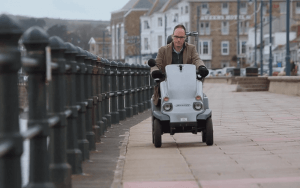