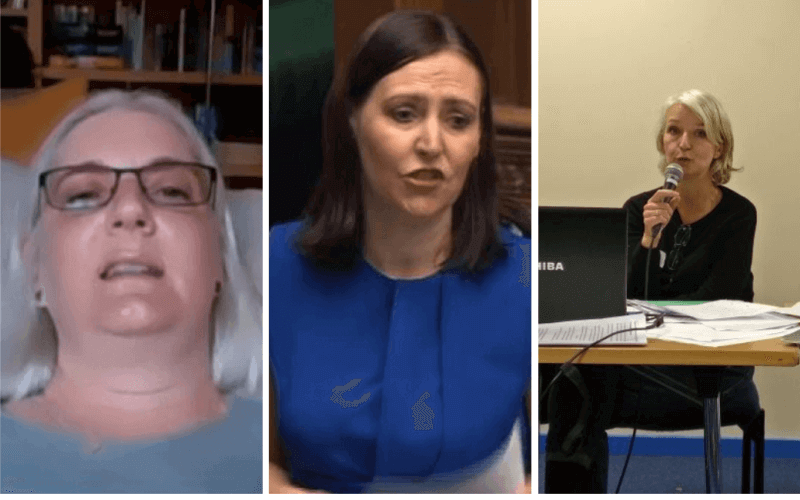 Government plans to cut 91,000 civil service jobs over the next three years are a “travesty” and “another nail in the coffin for decent public services”, disabled campaigners have warned.

The cuts would return the civil service to the staffing levels of 2016, but they come at a time when many public services are facing substantial backlogs and delays.

These include backlogs in the criminal and civil courts, with driving licence applications and passports, and across the Department for Work and Pensions (DWP).

Disability News Service (DNS) reported last month that DWP’s Access to Work scheme was in crisis, with new figures showing the number of disabled people waiting for decisions on their applications had more than quadrupled in a year, from 4,890 to 20,909.

And in March, DNS reported how the backlog of disabled people waiting for a personal independence payment (PIP) assessment had more than trebled in the last five years, from 88,500 in October 2016 to nearly 312,000 by December 2021.

The Public and Commercial Services Union (PCS), which is opposing the job cuts, said last week that the Cabinet Office had written to civil service unions confirming that departments and arms-length bodies which employ civil servants must offer proposals on how they would achieve cuts to staffing of 20 per cent, 30 per cent and 40 per cent.

Targets for job cuts will be set this autumn.

The Cabinet Office says the size of the civil service has grown by almost 25 per cent since 2016, which it believes was partly driven by the pandemic and Brexit, but that growth followed a fall of about 86,000 staff between 2010 and 2016.

Tracey Lazard, chief executive of Inclusion London, said: “Cutting 91,000 civil service jobs will be yet another nail in the coffin for decent public services that we all depend upon.

“We have witnessed a systematic erosion in the quality and provision of public services over the last 12 years which is having a devastating impact on the country and disabled people in particular.

“The unacceptable three to six months waiting-times for vital benefit assessments like PIP and vital support like Access to Work, are just two of many examples of broken services and broken infrastructure brought about by a combination of ‘small state’ dogma, austerity, outsourcing and de-skilling which is causing untold anxiety and misery.

“Given the precarious position of the prime minister, he urgently needs to understand that successfully delivering the ‘levelling up’ agenda requires adequately resourced services staffed by skilled people on decent wages and conditions – not to do so will be disastrous for us and him.”

Catherine Hale, founder and director of Chronic Illness Inclusion, was also critical of the proposed cuts.

She said: “The brilliant Access to Work scheme is the one government programme with proven success in enabling disabled people to enter or remain in work.

“But the under-resourcing and the delays make it worthless.

“How can you apply for a job and convince employers to hire you if the support you need to do that job from Access to Work will take six months even to be considered?

“The idea that staffing levels will be reduced even further, causing even greater delays, is a travesty and shows the utter contempt that this government has towards disabled people.”

Dr Jenny Ceolta-Smith, a member and employment advocate with the charity Long Covid Support, said she and her colleagues were already aware of “unacceptable and lengthy delays” in the PIP assessment process for people with long Covid.

She said: “In some cases, delays have been reported to be seven months plus for the award of the benefit and 12 months plus if a mandatory reconsideration or appeal has been pursued.

“DWP’s PIP assessment process is already challenging and energy-draining for people with long Covid to use, for example, with DWP telephone call answer times often being at least an hour.

“The number of people with long Covid applying for PIP is likely to increase, especially as Long Covid Support campaigns are underway to reduce the known barriers to claiming.

“Therefore, any cuts to DWP staffing are likely to cause further PIP delays which will no doubt impact on people’s health and wellbeing, quality of life and may well hinder their recovery from long Covid too.”

Vicky Foxcroft, Labour’s shadow minister for disabled people, said the planned cuts were “irresponsible” and would “take a wrecking ball to the very frontline services people so desperately need at the moment”.

She said: “Instead of focusing on the cost-of-living crisis, the government has chosen to threaten mass unemployment and disruption at a time when we are already facing massive delays.

“I am extremely concerned about how ministers plan to deal with DWP backlogs whilst making these cuts.”

A PCS spokesperson said the proposed cuts of 91,000 civil servants would have a “profound effect on the services that DWP are able to offer”.

She said: “Already PCS is fighting the closure of 44 benefit processing sites.

“There are serious backlogs in many areas of DWP service delivery such as Access to Work, personal independence payment, pensions underpayments, as well as the prospect of losing 5,000 fixed term staff who currently deliver jobcentre services.

“Disabled people make up a large proportion of those who require the use of DWP services.

“The decisions to cut jobs and close offices are a clear attack on disabled people as well as the staff that deliver these vital services.

“PCS urges all disability campaign organisations to join PCS in fighting these attacks to maintain the best services, jobs and communities.”

Both DWP and the Cabinet Office declined to explain how it could be a good idea to cut thousands of jobs from DWP’s payroll when it was already struggling to cope with Access to Work and PIP claims, and other areas of its work.

But a government spokesperson said in a statement: “We are incredibly grateful to the civil service for the outstanding job they do in delivering for the public but when people across the country are facing huge living costs, the public rightly expect their government to lead by example and to run as efficiently as possible.”