Disabled people have spoken of their anger and frustration after a judge ruled that ministers behaved lawfully when failing to offer recipients of so-called legacy benefits the same £20-a-week increase given to people on universal credit during the pandemic.

The long-awaited high court ruling found that the Department for Work and Pensions (DWP) did not breach the European Convention on Human Rights by increasing the standard allowance of universal credit by £20-a-week at the start of the pandemic but not increasing the rate by the same amount for 1.9 million employment and support allowance (ESA) recipients, and claimants of jobseeker’s allowance and income support.

Although the ruling concluded that there had been discrimination towards disabled people on these legacy benefits – who will eventually be transferred onto universal credit in the years ahead – he ruled that this difference in treatment was justified.

One of the four claimants, Philip Wayland, told Disability News Service (DNS) this week that he and the other claimants were “going to do all we can to bring a successful appeal”.

In his judgment, Mr Justice Swift accepted the government’s position that the increase to the UC standard allowance had been aimed at supporting those who had just lost their jobs in the pandemic and were having to claim UC for the first time, even though the government also gave the uplift to those who were already receiving UC.

The high court had heard last November that the government’s decision was unfair, unjustified and discriminatory, and had been a “radical and unprecedented departure” from decades of social security policy.

The claimants’ legal team told the court in November that the refusal to extend the uplift to those on legacy benefits had been achieved with “almost no democratic scrutiny” by parliament, and “limited analysis of the consequences”.

This meant, they had told the court, that hundreds of thousands of disabled people, who were already disproportionately affected by poverty, had to survive on “historically low rates” of benefits during a pandemic that had led to a significant rise in their cost of living.

But the judge has now concluded in his ruling: “The central question raised by the Claimants’ discrimination claims is whether it was lawful for the Secretary of State to direct her attention to the position of new benefits claimants – all of whom would have made claims for Universal Credit.

“I consider that [it] was. New benefits claimants would need to adjust to a loss in income. They would be affected differently to persons already claiming benefits.”

Last March, as part of its #20More4All campaign, Disabled People Against Cuts (DPAC) had delivered mail bags full of the testimonies of disabled people to DWP, the Treasury and 10 Downing Street, describing the financial struggles they had faced during the pandemic.

Wayland told DNS this week that he “strongly” disagreed with the judge’s reasons for dismissing their judicial review and for the finding that the discrimination was justified.

He said: “The government has had a policy of forced hardship for people on welfare to try and force behavioural change. So it is very deliberate and direct discrimination.

“But that is the biggest problem with the case, the fact that the broader context, particularly political intentions, are absent.

“So without the true motivations of the government being acknowledged, you are never going to get an accurate outcome.”

This led to the judge accepting DWP’s “excuses”, he said.

He added: “It is clear from the past 12 years of Tory rule, that the government has no intention of changing their approach to the sick and disabled community.

“They are shameless, so their callous disregard for the lives of the most vulnerable will continue.”

He said the response to the ruling had to be “to continue fighting in any way we can to force change upon them.

“I and the other claimants are going to do all we can to bring a successful appeal.”

The judgment sparked anger on social media, with claimants saying it had left them “livid”, “disgusted” but also bemused.

Many praised the four claimants of legacy benefits who had taken the case, three of whom, including Wayland, are disabled people. Two of them receive ESA, a third receives income support and the fourth jobseeker’s allowance.

DPAC’s Paula Peters told Wayland on Twitter: “Want to say thank you to you and everyone involved.

“You made a stand. You highlighted the millions of us on legacy benefits who were denied £20 uplift.”

ESA claimant Jennifer Jones, from DPAC Sheffield, told DNS that she was “completely gutted and truly heartbroken” but also angry at the ruling.

She said the high court judgment felt like “a punch in the guts to every claimant who has been hanging onto the hope that someone in a position of power and authority would acknowledge and rectify the discrimination that we have suffered”.

She said: “It genuinely feels like the high court have said that our lives with regards to state benefits are worth less than other people’s, that our needs are less significant and that our struggle goes unacknowledged.”

Jones said that she and other disabled recipients of benefits had faced a sudden rise in living costs at the start of the pandemic.

This included “an increase in costs and difficulties in accessing online grocery shopping, having to take taxis rather than buses for our own safety and also sourcing and replacing PAs and carers when our regular people had to have time off sick or in isolation”.

At the same time she was struggling, disabled women in the same position as her, but on UC, were receiving an extra £20 a week.

She said: “For what reason was this justifiable when our lives were a mirror to each other?

“For me that is the crux of the argument as to the unfairness of this high court decision.

“Myself I have no shame in sharing that I owe nearly £2,000 on a credit card and that that money was spent on the most normal everyday items.”

Liz de Oliveira, a former practising barrister and now an ESA claimant, said that she had used benefit calculator websites to confirm that she would be worse off if she moved onto UC, and so had decided not to transfer until she was forced to do so.

She said: “I am sure that many, many disabled people did similarly. The amount paid is already difficult to survive on and therefore it would constitute an act of gross stupidity to knowingly cut your own income.

“To introduce a system that causes people on legacy benefits (in this I am referring in particular to those claimants who are disabled) to be financially worse off if they do transfer and then to penalise them for not doing so by not allowing them the UC uplift that they would have had if the system had ensured they were not worse off on the new system (UC) just cannot be fair or equitable.”

She said: “Whilst the government may have awarded the £20 per week uplift to UC to cushion the economic impact for people losing their jobs during the pandemic, in fact the £20 was paid to everyone on universal credit, regardless of how long they’d been in receipt of the benefit.

“It is very hard to understand why not paying the same £20 to those on ESA and other legacy benefits isn’t viewed as discrimination against disabled people.”

She added: “In the real world, given the poverty level of benefits, the case for extending the £20 per week UC uplift to ESA and legacy benefits was overwhelming.

“Hopefully, this judgment can be appealed. However, the fight for a decent social security system for disabled people goes on.”

Burton said on Twitter: “Gutted for everyone affected by this judgment. It’s not what any of us were hoping for and will just pile misery upon misery for hundreds of thousands of people.

“Needless to say, we are considering an appeal very carefully. We don’t think the judge properly grappled with our arguments or evidence.

“The decision not to increase legacy benefits in line with universal credit was basically direct discrimination against disabled people. It was completely unjustified discrimination.”

A DWP spokesperson said: “We welcome that the court found in our favour.

“The temporary £20 uplift for universal credit claimants ensured vital support was given to those facing the most financial disruption due to the pandemic.”

Picture: The Royal Courts of Justice in London, where the case was heard 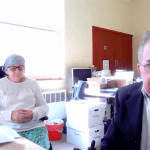 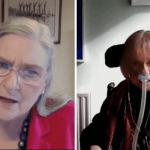