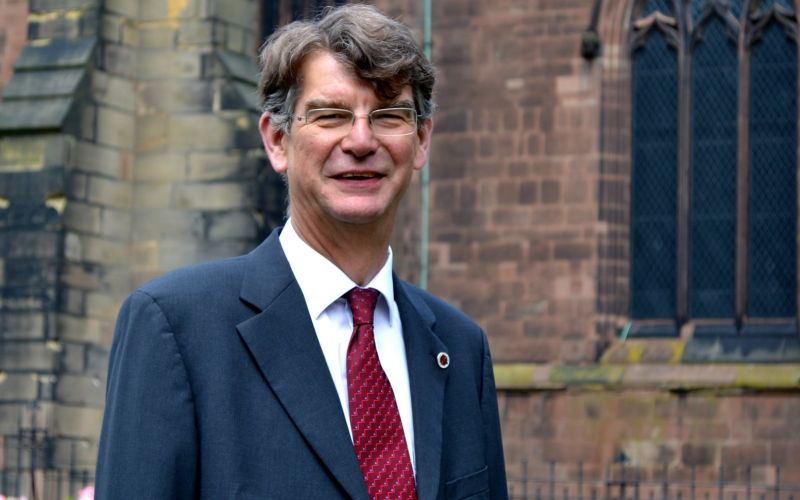 The MP spearheading a new bid to legalise assisted suicide has said that terminally-ill people should be allowed help to die, “whatever their reasons” for wanting to end their lives.

Labour MP Rob Marris (pictured) has also admitted that he was approached by disabled constituents who asked him to bring forward proposals to reinforce disabled people’s right to live in the community, but that he chose instead to back an assisted dying bill.

Marris – who is pushing identical proposals to those put forward by Labour peer Lord Falconer in the House of Lords – made it clear that he was not concerned if people want to end their lives merely because they find life as a disabled person “intolerable”.

His bill, which applies to England and Wales, would allow an assisted death to people found to be terminally-ill with less than six months to live.

It is set to be debated on 11 September, just four days after the summer recess ends, because Marris came top of a poll to decide which MPs would have priority in bringing forward their private members’ bills in the 2015-16 session.

In an interview with Disability News Service (DNS) this week, Marris insisted that disabled campaigners like Baroness [Jane] Campbell were “wrong” when they argued that his bill was about disability and disabled people.

He said: “People are quite free to disagree with me on what’s in the bill, but wilful misinterpretations of the bill are not helpful [for] the public domain.

“This bill is not about disability, it’s about terminal illness. The two are separate.”

DNS asked Marris whether he agreed with the views of Lord Falconer, who told the BBC’s The Daily Politics that the bill was not needed to help people in unbearable pain – because “that can be dealt with” – but to assist those who found the idea of losing their independence and having to rely on other people to be “intolerable”.

Marris did not appear to agree completely with Lord Falconer.

He said that he felt that his bill would be important both for those experiencing uncontrollable pain, and those who felt life as a disabled person with high support needs was “intolerable”.

Marris said: “That’s up to the individual. People make the same choice in various different aspects of life for different reasons.”

He added: “If people want an assisted death, and they are terminally-ill – that is, as you know, the definition within the bill, six months or less to live – they should have that choice to end their life prematurely. As long as they are of sound mind, whatever their reasons.”

When asked to clarify that he felt that it was right that people should be helped to die simply because they felt that having a progressive, disabling condition was “intolerable”, he hung up.

Marris had also admitted that he had been asked to use his top spot in the ballot to bring forward the disabled people (community inclusion) bill, also known as the LB bill, which aims to give disabled people “more control over what happens in their lives”.

The bill was originally drafted by disability campaigners and the family of Connor Sparrowhawk, a young man with epilepsy and autism who drowned in the bath in July 2013 while in an NHS assessment and treatment unit.

But they later developed the bill alongside disabled people’s organisations such as Inclusion London, The Alliance for Inclusive Education, People First (Self Advocacy), Bristol Disability Equality Forum, Disability Sheffield and Greater Manchester Coalition of Disabled People.

The latest draft version of the bill includes a strong commitment to article 19 of the UN Convention on the Rights of Persons with Disabilities, on disabled people’s equal rights to live in the community, “with choices equal to others”.

Bob Williams-Findlay, a former chair of the British Council of Disabled People, was one of the disabled constituents of Marris, the MP for Wolverhampton South West, who asked him to take on the community inclusion bill.

Williams-Findlay said: “Those who support the ‘assisted dying’ bill steadfastly deny any connection with the wider implications or the historical evidence which shows that the dominant framework for ‘mercy killing’ targets not only those who are terminally-ill, but other social groups considered burdensome or judged externally to have a lesser quality of life.

“Personally, I support individual autonomy, but this isn’t a reality within our current society and I believe those who couch ‘assisted suicide’ as furthering individual autonomy are being totally dishonest and discriminatory in their approach.

“I’m more than disappointed in my MP, I’m angry that he believes ending a life is a greater priority than protecting people’s right to a quality life.”