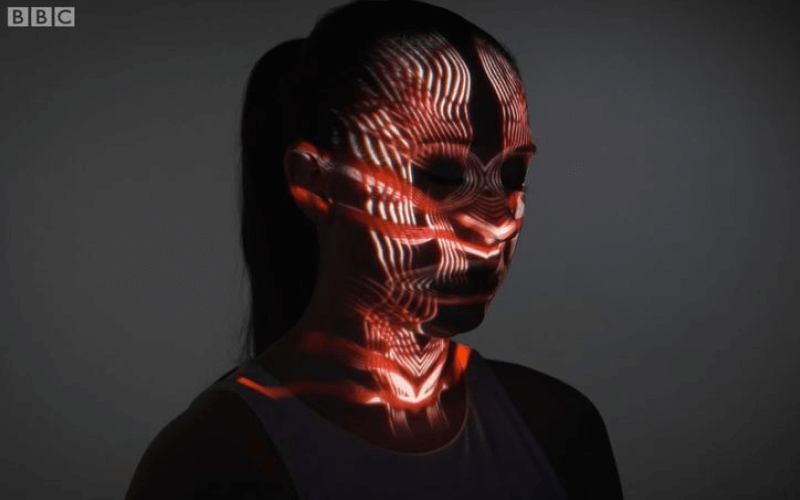 Disabled campaigners have warned that a BBC documentary about social media “influencers” allegedly faking their chronic illnesses, and BBC News coverage promoting the programme, were “wildly irresponsible” and risk inflaming the hostile environment they already face.

The documentary, Sickness and Lies, aimed to explore “accusations of fakery” that have been directed at some people with chronic illness with high profiles on social media.

Although there have been occasional, high-profile exposes of people who have invented conditions such as cancer for fame or financial reasons, the documentary – presented by a young disabled journalist – offered no evidence to suggest that these were anything but rare and isolated cases.

Despite the lack of evidence to back up its claims, a BBC News tweet promoting the programme asked: “Are some chronic illness influencers faking it on social media for fame and money?”

It also claimed that the programme (pictured) had discovered “a new condition”, Munchausen by internet, even though it was first described by a psychiatrist more than 20 years ago.

Many said they already lived in fear of being told they were faking their health conditions, and exist under suspicion, particularly from the Department for Work and Pensions, and that the documentary would only make this worse.

The controversy comes less than a year after disabled campaigners wrote to the BBC to express the “outpouring of hurt and distress” over the decision to broadcast a disabled-led drama that mirrored years of deeply damaging government rhetoric about benefit cheats.

That letter also focused on the damage caused to members of the chronic illness community.

Disabled campaigners have now told Disability News Service (DNS) of their anger and frustration at the new documentary, particularly at an even more inflammatory five-minute version and the tweet sent out by BBC News.

Disabled writer Karl Knights said he believed the programme was “wildly irresponsible” and “downright dangerous” and “contributes to a culture where disabled people are constantly interrogated, always under suspicion”.

He said: “Like so many disabled people, I live in fear of being told I’m faking my disability.

“The reality is, disabled people die because they are not believed.

“Disabled people die when their benefits are cast into doubt, as someone has reported them as ‘faking’.

“A few months ago, the BBC commemorated the 25th anniversary of the Disability Discrimination Act with a number of programmes across TV and radio.”

He said the documentary “confirms what many people have always suspected: that the BBC’s allyship to disabled people is always conditional”.

Catherine Hale, director of the disabled people’s organisation Chronic Illness Inclusion, questioned the timing of the programme and the way it was edited and produced.

She told DNS: “Despite the journalist’s attempts to explore the moral complexities of the issues it deals with, Sickness and Lies was edited, framed and trailed to perpetuate populist preoccupations with illness and disability faking, not to challenge it.

“We know that the mainstream media were happy to create stories about benefit fakes and cheats to shape public attitudes to disabled people at the height of the welfare reforms.

“We have to ask why BBC programmers put out a story about chronic illness fakers now.

“Could it be because we have a green paper on health and disability that focuses on making further cuts to spending on disability benefits?

“Given previous form it doesn’t take a conspiracy theorist to conclude that Sickness and Lies was edited and produced to re-ignite public fears of disability and illness faking at a time when the government wants to implement a new round of retrenchment.”

But Hale said that the programme was at least “much more nuanced” than its “sensationalist” title and the five-minute version of the documentary, with the documentary interrogating those who accuse people of faking, as much as those who have been accused.

She said: “The subjects who are wrongly accused of faking their illness and become targets of hate crime are portrayed sympathetically.”

But Hale said the documentary “should have been a programme about disbelief, not about faking” because “the oppression faced by disabled people with invisible chronic illness revolves around disbelief”, which is “systemic”.

Sara Rocha, a disabled advocate and writer, said she was questioned about her own impairments – she is autistic and partially deaf – for 30 years.

She said: “The online disabled community saved my life, by sharing their tips, tricks and ideas on how to deal and manage my disabilities, something that no doctor was able to support me with.

“The constant invalidation and gaslighting of our experiences with our disabilities is not new, but with the pandemic, it took terrifying proportions, with the DNR (do not resuscitate) scandal, and the amount of deaths by COVID-19 in the disabled community.”

She said the documentary “took misinformation and cherry-picked opinions from an online chat to invalidate the disability community”, many of whom had lost benefits and other support during the pandemic.

She added: “The faking of disabilities is rare. There are many easier ways to get money online besides faking a disability.

“In fact, in one year, I was only paid once for one of my writings, but I worked daily as an advocate.”

Disabled campaigner and consultant James Lee said the documentary had done “more to endanger rather than educate people about the lives of those living with chronic illness”.

He said: “The title (‘Sickness and Lies’), the narrative and the selection of certain contributors all encourage the viewer to be mistrustful of those with a chronic illness.

“It is the kind of dog-whistle journalism that does not belong at the BBC or any media outlet that values ethics over engagement.

“Chronically ill and disabled people already face a hostile environment: sadly, many people struggle to be taken seriously by the government, employers, friends and family and programmes like this only exacerbate the situation.

“Rather than use the opportunity to be constructive and encourage greater understanding of the challenges that people face, this is little more than clickbait at the expense of people living with chronic illness.”

Disabled campaigner Jemma Brown, who was not diagnosed with her condition until she was 27, said she had been assaulted in the street, threatened with sexual assault and rape, and called a fake, while – as an ambulatory wheelchair-user – she has had people say of her: “She doesn’t need a wheelchair, she can walk.”

She said she feared that “the narrative portrayed by the BBC documentary will make this worse”.

“The shocking fact is that two-thirds of deaths from COVID were people with a disability and if you are a woman with higher care needs you are 91 per cent more likely to not survive.”

Disabled activist Caroline Richardson said: “The programme and the tweet hit a raw nerve with both chronically ill and disabled people, as both groups have always been subject to disbelief, but more recently disbelief has been a foundation for increased testing of eligibility for financial assistance.

“The BBC are not innocent in being part of the framing of fakery over the years, and my fear is that programmes of this nature just feed into the idea that there are people ‘faking’ illness, and the belief that Munchausens syndrome(s) are not real illnesses.”

A BBC spokesperson said in a statement: “We felt it was important to investigate this story and give a voice to the lived experiences of those who have chronic illnesses, those who have been wrongly accused of illness faking, and those who have been impacted by Munchausen syndrome (while being clear that the latter condition is rare).

“Throughout the production of this documentary the team thought very carefully about the issues at play.

“The film focusses primarily on the negative impact of the Illness Fakers Reddit group, and its off-shoots, on the two main contributors.

“It does not at any point defend or endorse the Reddit group, while giving those involved a fair right of reply in accordance with the BBC’s editorial guidelines.

“Our intention was never to upset the chronic illness community and we take complaints of this nature very seriously.”