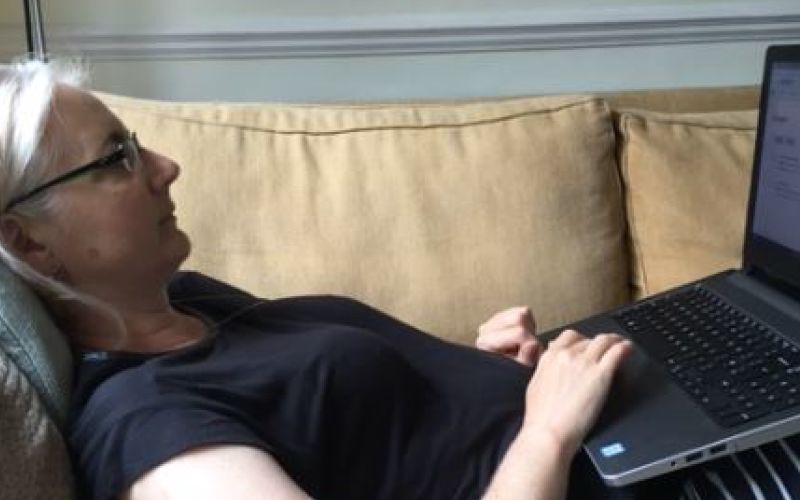 The Department for Work and Pensions (DWP) is facing claims that it has been running a discriminatory benefit sanctions regime, following the publication of new research.

Academic Ben Baumberg Geiger has found that more than 900,000 disabled claimants of the mainstream out-of-work benefit jobseeker’s allowance (JSA) have been sanctioned since the Conservative-Liberal Democrat coalition came to power in May 2010.

But he also found that disabled people claiming JSA were between 26 and 53 per cent more likely to be sanctioned than non-disabled claimants between 2010 and 2014.

JSA claimants can lose all their benefits for between four weeks and three years if they breach strict conditions.

In all, more than one million disabled people on JSA and employment and support allowance (ESA) have been sanctioned since 2010, he says, along with a further 200,000 in the two years before that, under the Labour government.

The report, A Better WCA is Possible – produced in collaboration with the think-tank Demos – focuses on the work capability assessment (WCA), which tests eligibility for ESA, the out-of-work disability benefit.

The Equality and Human Rights Commission (EHRC) told Disability News Service yesterday (Wednesday) that the report’s findings highlighted its “ongoing concerns” that the social security system was failing to help disabled people into work, and to support them when they cannot work.

Disabled researcher and campaigner Catherine Hale (pictured), a member of the Spartacus online network, who wrote a well-received review in 2014 on the failure of the ESA system to increase the number of disabled people in paid work, welcomed the new report.

And she called for disabled people and disabled people’s organisations to use the Equality Act to “fight this devastating tide of harassment and persecution”.

Her report in 2014 found the government’s regime of conditionality and sanctions had “left participants in the WRAG [those disabled claimants assessed as not yet capable of work, but able to carry out some work-related activity] fearful, demoralised, and further away from achieving their work-related goals or participating in society than when they started”.

A survey she carried out for her report showed Jobcentre Plus advisers were “systemically failing to account for disability and impairment when setting compulsory work related activity”.

She said this week that the WCA was “a deeply flawed method of measuring work capability so many people with reduced work capability will be on JSA and the [Baumberg Geiger] figures showing the extent of sanctions amongst disabled JSA claimants are truly alarming.

“But my survey showed that even when limited capability for work is identified in the WCA, Jobcentre Plus or Work Programme advisers were ignoring it and were not even consulting a claimant’s WCA report.

“Jobcentre Plus and their private contractors have a duty under the Equality Act 2010 to make reasonable adjustments to make their employment support services accessible to disabled people.

“This means if the conditions set are not compatible with a person’s capabilities and if adjustments are not made they are guilty of discrimination in the eyes of the law.

“I learned the importance of this slowly through personal experience in the work-related activity group (WRAG).

“When I wrote to Jobcentre Plus asking for cab fares to be reimbursed and a quiet room to lie down, because that was the only way I could attend compulsory employability workshops, my letters went unanswered and my benefits were sanctioned for not attending the workshops.

“Only when I wrote again pointing out their duty to make reasonable adjustments under the Equality Act, and took steps to sue them for discrimination for failing to make these adjustments, did the harassment of conditionality finally stop.”

An EHRC spokeswoman said: “These findings underscore ongoing concerns that the social security system designed to help disabled people into work, and support them when they cannot work, is failing.

“We, alongside the UN Committee on the Rights of Persons with Disabilities, raised concerns around conditionality and sanctions in 2017.

“We repeat our calls for the UK government to produce a comprehensive action plan to implement the UN committee’s recommendations across the UK, and to reform the work capability assessment to offer a more flexible, personalised approach.”

A DWP spokeswoman refused to say if the department had examined Baumberg Geiger’s findings on sanctions; whether it was concerned about them; and whether it agreed that they showed the sanctions regime was discriminating against disabled people.

But she said in a statement: “We know that for people with a disability or health condition they may face additional challenges when trying to look for work, so our work coaches support people to agree tailored work search activity which is suitable for them.

Polling of members of the public for Baumberg Geiger’s report showed that a majority thought disabled people’s benefits should be cut if they do not take a job they can do, but they were less supportive of sanctioning for minor non-compliance, such as sometimes turning up late for meetings.

Even those who do support sanctions prefer much weaker versions than those the government presently uses, says Baumberg Geiger, a senior lecturer in the School of Social Policy, Sociology and Social Research at the University of Kent.

His report calls on the government to reduce the extent of the benefit conditions imposed on disabled people and improve safeguards to ensure they are not “unfairly sanctioned for failing to meet impossible conditions”.

Baumberg Geiger concludes that the WCA, which was introduced in 2008, “has been such a failure that some people have lost faith that it is even possible to have a disability assessment that is either popular or deliverable”.

But he sets out a series of recommendations that he believes would “make the WCA be better trusted by the public, to seem fairer by those claiming benefits, and to be more accurate in practice”.