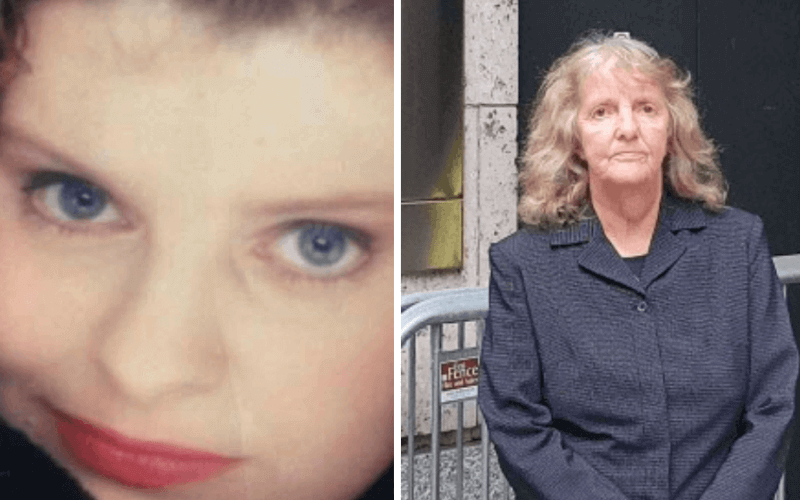 A disabled campaigner has described in a new book how her fight to highlight the countless deaths caused by the failings of the Department for Work and Pensions (DWP), including the suicide of her own daughter, has changed her life.

Joy Dove, from Norton in County Durham, has been fighting for more than five years for justice for her daughter, Jodey Whiting, who took her own life in February 2017 after DWP wrongly removed her benefits.

Now she has written A Mother’s Job, with authors Ann and Joe Cusack, which follows both her own journey from “passive and easygoing” great-grandmother to fierce campaigner, and the story of how her daughter Jodey took her own life in despair at DWP’s decision to rip away the financial support she relied on.

Dove reveals that she still lights a candle for her daughter each night in a small shrine of mementos in her flat and – when she is at her lowest – still sprays her daughter’s favourite body spray so she can feel close to her.

She concludes that she will never recover from the loss of her daughter, but she adds: “Every day, I curse my own previous naivety, my misplaced faith in a broken system, and, in Jodey’s memory, I want to help fix it.”

The book tells how Jodey Whiting (above, left) lived for her family, including her nine children, and how her childhood was marked both by her kindness and maternal instincts but also repeated “meltdowns” and troubled behaviour.

It describes how her mental and physical health steadily deteriorated from her late 20s, and it explains DWP’s crucial role in her death.

Dove (above, right) writes of the “panic” in her daughter’s eyes when she received a letter from DWP telling her that her benefits had been removed, and how the decision plunged her into despair as she was left “penniless” and “drowning” in debt, with the department refusing to reverse its decision and accept her explanation for missing a work capability assessment.

The final section of the book tells how Dove found the strength to fight for justice for her daughter and others like her, with media interviews, the Justice for Jodey parliamentary petition, art-activism, a television documentary, a lengthy phone call from I, Daniel Blake film director Ken Loach, and a speech to a Daily Mirror fringe meeting at the Labour party conference, all covered by Disability News Service (DNS) over the last four years.

The book also describes her ongoing legal action as she seeks a second inquest into her daughter’s death that would probe the role played by DWP.

Only last week, she heard that the Court of Appeal had granted her permission to appeal against a high court ruling last year that refused to order a second inquest.

She concludes: “I have to believe that Jodey died for a reason, and that her death can bring about change and progress.”

DNS has been reporting on her campaign since April 2018, when an activist confronted work and pensions secretary Esther McVey about DWP’s role in Jodey Whiting’s death as she gave evidence to Scottish MSPs.

DNS helped secure legal representation for the family in early 2019, when Dove was keen to take action in the courts against DWP but could not find a solicitor.

It led eventually to solicitors Leigh Day taking on her case.

Dove told DNS this week that the campaigning had changed her life, and she thanked all those who had supported her through the last five years, including Leigh Day.

She said: “I would do it all again for Jodey and so others can get a fairer system.

“I will carry on the fight. I hope the book shows people they do not need to give in, they can fight back.”

She added: “It was difficult writing the book because it brought back happy and sad times, and Jodey not being here, and reliving the pain of finding her, which will never go away.”

This Sunday (16 October) will be Jodey Whiting’s birthday, when she would have been 48.

The family will be meeting at her grave to take her flowers, cards and ornaments to decorate her grave.