You are here: Home / Politics / Boris Johnson’s arrival as PM greeted with alarm, scepticism and appeal for engagement 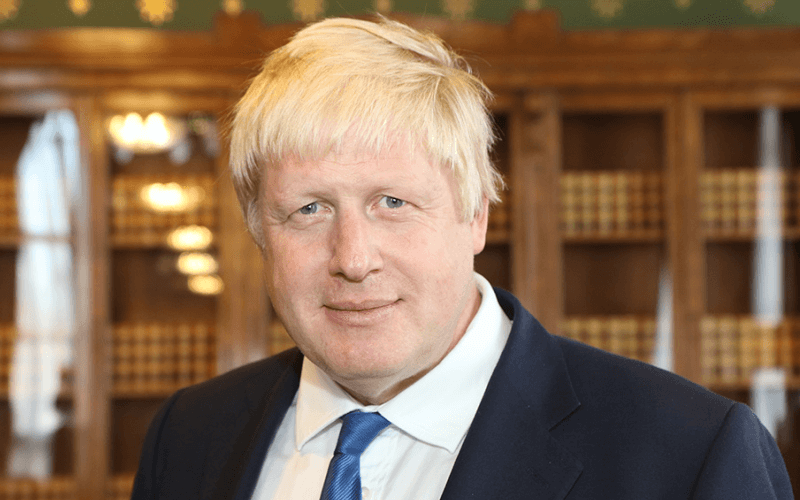 Disabled people and their organisations have reacted to Boris Johnson becoming the new prime minister with alarm and scepticism, but also an appeal for “honest engagement”.

Johnson (pictured) has already concerned many opponents – both within his party and among opposition parties – by filling key ministerial posts with Brexit-supporters and right-wingers such as Dominic Raab as foreign secretary and Priti Patel as home secretary.

And although Johnson mentioned the need to “fix the crisis in social care once and for all” in his first speech as prime minister yesterday (Wednesday), he mentioned only older people – like many ministers and other politicians before him – and ignored working-age disabled people, even though about half of local authority spending on social care is on working-age adults.

Johnson said he had “a clear plan we have prepared to give every older person the dignity and security they deserve”, but there will be a suspicion that this is merely the much-delayed adult social care green paper promised by health and social care secretary Matt Hancock.

Hancock, who has kept his post under the new prime minister, has already suggested that his green paper is unlikely to include a definitive plan for how to reform adult social care funding, but instead will simply “bring together the debate… behind a direction of travel where we can make progress”.

Alan Benson, chair of Transport for All, the user-led charity which campaigns on accessible transport in London, said that during Johnson’s time as mayor of London “he not only failed to engage with disabled people and their organisations but he dismantled the structures that were already existing.

“This sets a worrying precedent. We hope that a similar pattern is not now seen across government.”

He said that Theresa May and London mayor Sadiq Khan had been “at odds” during May’s time as prime minister, resulting in “huge budget cuts” for Transport for London and “an unwillingness to devolve rail services”.

He warned that the relationship between Boris Johnson and Sadiq Khan was even worse than that between May and the mayor, “so we can only see the situation deteriorating”.

Baroness [Sal] Brinton, president of the Liberal Democrats, said Johnson’s record on equality – particularly around race – was “not encouraging”.

She said: “The problem is he is just unthinking and the worry is that, particularly with disability, we may have the legislation but we don’t have the culture.

“I would hope he will demonstrate a genuine delivery of the Equality Act to make disabled people’s lives better, but I am not holding my breath.

“My worry is he is more concerned about a snappy message than he is about the underlying issues. He has to prove himself to the disabled community.”

The crossbench peer Baroness [Jane] Campbell said she hoped Johnson would build on one of the “few positive moves” made by Theresa May, in the last weeks of her premiership, to set up a new strategic, cross-government disability unit in the Cabinet Office.

She said: “This is an opportunity for him to engage honestly and realistically with disabled people on building a society inclusive of all people.

“Better engagement with all sectors of society and parliament is something that he did mention in his acceptance speech – let’s hope he is serious about the ‘everyone’!”

Sue Bott, head of policy and research for Disability Rights UK, raised concerns about the impact of a potential no deal Brexit under Johnson.

She said: “Given the stated commitment of Boris Johnson to take the UK out of the European Union (EU) on 31 October with or without a deal, we are very concerned that the rights disabled people currently enjoy as members of the EU will continue post-Brexit, particularly given the impossibility of passing the necessary legislation on time.”

There is already frustration with Johnson from The Alliance for Inclusive Education (ALLFIE), after he told a journalist during his leadership campaign that he wanted to increase the number of free special schools.

Simone Aspis, ALLFIE’s policy and campaigns coordinator, said he had also ignored a letter from ALLFIE during the campaign that asked how he would implement the recommendations to the UK made by the UN committee on the rights of persons with disabilities in 2017, when it called for a “coherent strategy” on “increasing and improving inclusive education”.

There was particular anger and frustration with the new prime minister from disabled people’s anti-cuts groups, which have been fighting Tory-led austerity policies for nearly a decade.

Bob Ellard, of Disabled People Against Cuts (DPAC), said, before yesterday’s ministerial appointments were announced: “He’s a Tory and whoever he makes work and pensions secretary, chancellor and minister for disabled people will be Tories.

“Since 2010 not one single Tory has done or said anything that benefits disabled people and that ain’t going to change now. The cruelty and the harm it creates is set to continue.”

Michelle Maher, from WOWcampaign, said she believed a Boris Johnson government would see the UK become a “vassal state” to Donald Trump’s United States and would “wave goodbye to the NHS, which for sick and disabled people is our lifeline as no one will insure us”.

She said: “Nowhere in the discourse are disabled children, adults and their carers.

“We are completely ‘othered’ now by 10 years of austerity and hate speech aimed at us. This will only get worse for us, as a far-right Tory ideology takes hold.”

John McArdle, co-founder of Black Triangle, said: “As humanitarians, of course we welcome his statement at the steps of Number 10 this afternoon that his government will try to do more for animal welfare.

“As for the human catastrophe that has befallen disabled people under successive Tory prime ministers since 2010 – absolutely nothing.”

McArdle also raised concerns about Johnson’s comments about mental health, in an article earlier this month, in which he claimed that the only way to really treat depression was through the “cure” of work.

McArdle said: “Disabled people will now, and with good cause, be living in fear of what rash decisions this entirely unpredictable prime minister may take next with regard to mental health and social policy.”

Rick Burgess, from Manchester DPAC, said: “Considering Boris Johnson’s voting record on social security and his total disinterest in disability rights indicates this will be a continuation of Tory disablism along with more hostile policies for all minority groups.

“Only regime change through a general election will end this era of abrogation of rights, immiseration, and death.”

Brian Hilton, digital campaigns officer for Greater Manchester Coalition of Disabled People, said: “We have a new prime minister but it appears no new ideas.

“Brexit is set to dominate the political agenda for the foreseeable future, all of which distracts from the ongoing problems facing disabled people.”

He called for a “clear timescale” for the publication of the social care green paper and a consultation which “actively engages with and listens to disabled people”.

He said: “We also need Boris Johnson to signal that his government is going to tackle the devastating effects that universal credit is having on disabled people and their families.

“It is no good tinkering around the edges with this failed endeavour, it needs replacing.”

Fran Springfield, co-chair of Disability Labour, raised concerns about the NHS, and said that “Boris Johnson’s obsession with leaving the EU, with or without a deal, is a disaster for disabled people and everyone who uses the NHS”, and warning of the impact on the supply of vital drugs, appliances such as stoma bags, nutritional feeds, and on recruitment.