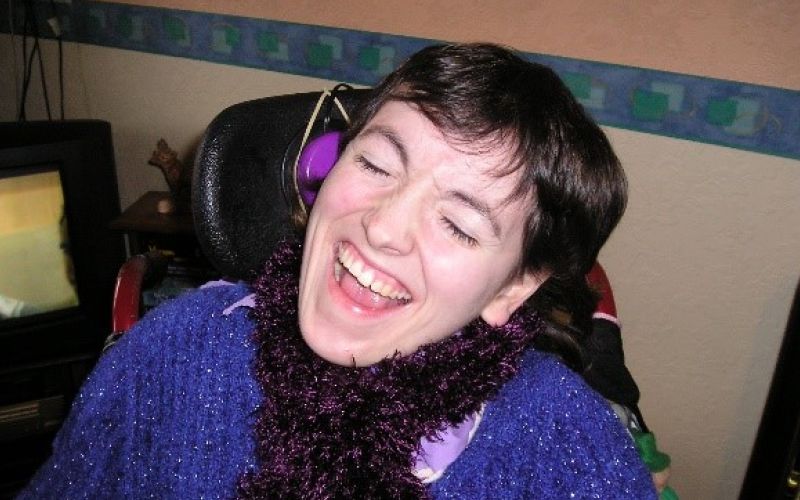 A disabled woman is having to pay hundreds of pounds extra to fly to Canada to visit a friend because British Airways (BA) has refused to make a simple alteration to a ticket she bought for one of her two personal assistants (PAs).

Rachael Monk, from Dumfries and Galloway, has accused BA of disability discrimination.

She always needs two PAs with her, and so had to buy three tickets for a long-planned trip to Canada to visit her closest friend, Steph.

Monk started planning the trip at the beginning of 2017 and bought the tickets last July.

When one of the PAs she had bought a ticket for later resigned and pulled out of the trip, she asked BA to change the name on one of the tickets so that another PA could travel with her instead.

But the airline refused and said she would have to buy a new ticket, which at this week’s prices was set to cost her more than £750 extra.

It also told her that the £90 BA insurance policy she had bought did not cover the situation she found herself in.

Monk – who was previously part of the Disability Rights Commission’s learning disability action group, and has advised the Scottish government and been involved with People First groups in London and Carlisle – said she believed BA had failed to make a reasonable adjustment for her and therefore had discriminated against her under the Equality Act.

She said: “I think it is awful that big companies do this and make so much money and could easily have let me change a name on the ticket rather than go through all of this stress.

“In the meantime, whilst I have been waiting answers the price of the (fourth) ticket has increased by a further £300.

“If I didn’t need 24-hour support, with two PAs, due to my disability I would be able to buy one ticket like everyone else.

“The extra cost to cover is most unfair on people with a low income.”

She was so concerned about what she saw as a discriminatory policy that she contacted BA’s chair and every one of its directors, but not one of them replied to her.

She is concerned not only about the extra cost for herself, but that other disabled people who use PAs may have to pay similar fees.

After being contacted by Disability News Service, BA refused to say if it believed it had discriminated against Rachael Monk, if it would allow her to change the name of her PA on her ticket, or if it would change its policy to allow other disabled people to do this in the future.

But a BA spokeswoman said in a statement: “We do everything we can to help customers when their travel plans change and offer a 24-hour cooling-off period so they can check that the name on the ticket matches the name on their passport.

“After this time, we will correct spelling mistakes on all of our tickets, and on many we allow changes to the date or time of a flight.

“However, we don’t allow customers to transfer their tickets as this could lead to a secondary market of trading in airline tickets.

“We are sorry to hear that our customer has been let down by her personal assistant.

“We offer a range of tickets including fully flexible and refundable options and always advise customers to choose the product that meets their individual needs.

“We also recommend that our customers purchase a comprehensive travel insurance policy.”