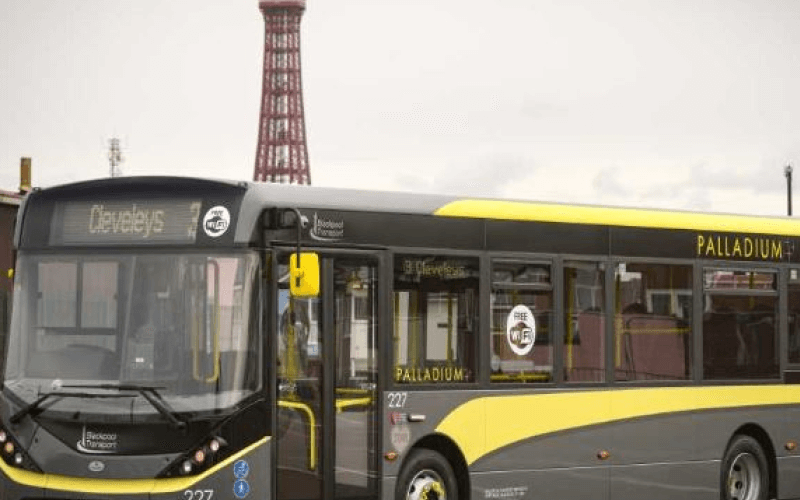 A bus and tram company has been criticised for an “indefensible and shocking” failure to comply with a high-profile Supreme Court victory on the rights of wheelchair-users to use buses.

Blackpool Transport has now been forced to back down after being challenged about information on its website that describes the company’s policy on access to the wheelchair spaces on its buses.

In January 2017, the Supreme Court ruled that another bus company had breached its duty to make reasonable adjustments for disabled people under the Equality Act through its “first come, first served” policy on the use of wheelchair spaces.

It was the first case of disability discrimination in service provision to be heard by the country’s highest court, and the victory followed a five-year legal battle by accessible transport activist Doug Paulley.

“Neither wheelchair users or pushchair users have priority over the other.”

Paulley said this was “indefensible and shocking” and he was backed up by Chris Fry, of Fry Law, the solicitor who represented him throughout his legal battle, who said on Twitter that “wheelchair users DO have priority over pushchairs” and added: “Drivers should do all possible to remove people from the space apart from throw them off.”

He stressed that he was speaking for himself, as a disabled user of public transport, and not on behalf of the government.

But he said: “The Blackpool Transport website written policy is not appropriate and needs rewriting to take into account wheelchair requirements on buses, which should be in line with national aims, and more importantly in line with the actual operational signage on the company’s buses.

“It is sad that the work of several disabled people and groups in face-to-face training and awareness-raising, leading to successful outcomes, has been put at odds by incorrectly written website ‘policy’.”

Brookes insisted that bus drivers and other staff in Blackpool were “really on the ball” on access issues and that he believed the problem was with the written document on the company’s website and not the situation on the ground.

Jane Cole, managing director of Blackpool Transport, told Disability News Service that the wording of the information on the company’s website would be changed.

But she claimed the current wording was just “misleading” rather than wrong and that the problem was only with “the way it was worded”.

She claimed the company’s policy had always been that wheelchair-users have priority use of the spaces.

She accepted that the website should make it clear that wheelchair spaces are “a priority for wheelchair-users”, and she said that the wording would be changed “quite soon”.

Following the 2017 Supreme Court ruling, the Department for Transport (DfT) set up a group of advisers, who produced recommendations for action.

DfT welcomed the recommendations “in principle” in March 2018 and announced a further consultation with “a view to bringing forward a package of measures” later in 2018.

But 15 months later, it has still not produced those measures.

A DfT spokesperson said more information on the measures would be released “in due course”.

She said: “We want everyone to be able to use our bus network, and expect operators to comply with relevant legislation.”

But she said it would be “inappropriate” for the government to comment on the policies of individual operators.

She said that 98 per cent of buses in Britain now had a wheelchair space, a boarding ramp or lift and other access features, but “we know there is more to do, which is why our Inclusive Transport Strategy sets out plans to make the entire transport network accessible by 2030”.