Human rights campaigners have criticised plans for an inquiry that will examine lessons from the deaths of people in mental distress in police custody, because they say the government already knows what action it needs to take.

The call came from Black Mental Health UK (BMH UK), which has repeatedly raised concerns about the number of mental health service-users from the UK’s African-Caribbean community who have died in police custody, and has particularly criticised the dangerous and often fatal use of restraint on people with mental illness.

The independent review of deaths and serious incidents in custody was announced in a speech in south London today (Thursday) by home secretary Theresa May.

It will examine procedures and processes surrounding deaths and serious incidents in police custody, including the availability and effectiveness of mental healthcare facilities, the use of restraint and the training of officers.

It will also “identify areas for improvement and develop recommendations to ensure appropriate, humane institutional treatment when such incidents occur”.

But it will not reopen and reinvestigate past cases and will not “interfere” with ongoing inquests, investigations or Independent Police Complaints Commission (IPCC) reviews.

Matilda MacAttram, BMH UK’s director, said: “What is another inquiry going to do? They know the problems already.

She added: “There is a sense of inquiry fatigue among many in Britain’s black communities as we have seen a raft of  inquiries with supposedly ‘hard hitting’ recommendations after almost every high-profile death of a black man in custody for the past 40 years – but nothing has changed.

“What we need to see is justice, and what that looks like is ending the practice of using lethal levels of force with no accountability – do we need another inquiry to tell us that?”

She said there were clear problems already identified within the criminal justice and mental health systems, such as police officers – often in riot gear – routinely entering psychiatric wards to restrain patients.

And she pointed to a string of inquiries into the use of restraint that have been carried out by the police, the Department of Health, and the IPCC.

She said the authorities had been “looking into it” for the last four decades, and that she would rather funding be spent providing community-based places of safety, crisis care or talking therapies.

MacAttram said: “The people at the top know how the system works. An inquiry is like kicking something into the long grass for 12 months.”

She said there were key measures the government could take instead of holding another inquiry.

She said: “Right now every provider has a health-based place of safety, but they are not staffed.”

Another measure that could be taken is to outlaw the use of police officers on mental health wards, and instead to resource mental health services properly.

And every time police officers are called onto a mental health ward, there should be an investigation by the IPCC, she said.

Meanwhile, new IPCC figures show the number of deaths in or following police custody in England and Wales rose from 11 to 17 in 2014-15. Eight of the 17 people who died had mental health problems.

These figures – released on the same day as May’s speech – do not include deaths where police were called in to help medical staff to restrain individuals who were not under arrest.

IPCC chair Dame Anne Owers said that IPCC investigations into deaths in or following police custody “have too often exposed the same issues”, such as inadequate risk assessments; token checks on a person in custody; insufficient handovers between custody staff; and a failure to recognise or properly deal with people with mental health concerns. 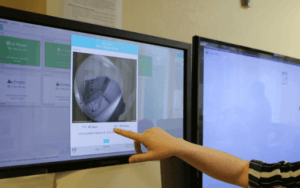