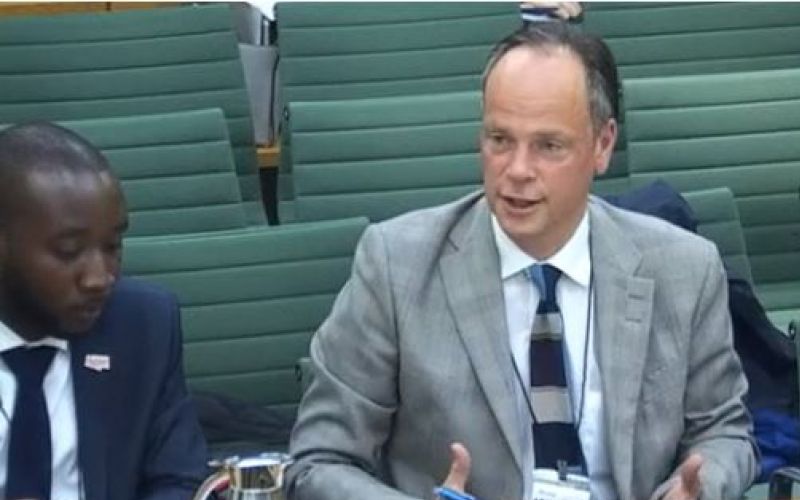 MPs have been told that the adult social care system is “unsustainable” without significant further resources, with one council revealing that the number of adults it supports has plunged by nearly half since 2010.

Members of the communities and local government select committee were hearing evidence from local government experts as part of their inquiry into the financial sustainability – and quality – of council-funded social care in England.

Tony Kirkham, director of resources for Newcastle City Council, told the committee that, since 2010-11, the number of people receiving council-funded support had fallen from 9,780 to 5,237.

He warned that this fall would “only increase in [its] downward trajectory”, and added: “My assistant director for adult services said what we are now doing is we are trying to prevent deterioration rather than actually helping people thrive… we are asking people to do much more for themselves.”

Kirkham (pictured giving evidence) said the fall was partly due to a tightening of eligibility criteria and partly because of the council persuading people into “self-helping”.

Cllr Jason Arthur, lead member for finance and health for Haringey council in London, told the committee that his local authority’s overall budget will have fallen by about 40 per cent by 2018, compared with 2010.

He said that financial pressures mean the quality of care offered by providers in the borough “fluctuates”, while some of them “haven’t been complying with Care Act standards”.

The council had had to work with the Care Quality Commission and put “embargos” on the use of some of those providers, he said.

And he admitted that the council was not “in the best place to intervene” to ensure good quality care “because of the pressures on our budget”.

Sarah Pickup, deputy chief executive of the Local Government Association (LGA), said there would be no increase in cash terms in spending on adult social care – £14.4 billion – from 2010-11 to 2019-20.

She said: “That’s 10 years of flat cash [no real terms increase] for social care in the face of demographic pressures, inflation, deprivation of liberty safeguards, the implementation of the Care Act, and all other responsibilities and expectations that have come our way.”

Pickup also said that there was a “significant fear” that the market of care providers was “wobbly” and “not sustainable as it stands”.

She said: “The problem for us is that when the NHS is under pressure, people see queueing ambulances and hospitals go on black alert.

“When you can’t find a home carer for Mrs Jones, nobody sees it on the news but it’s equally devastating on the effect on individual lives.”

She said LGA’s position was that there should be no cap on how much local authorities should be able to raise through council tax.

But Arthur warned later that council tax was highly regressive – which means that increases have a disproportionate impact on poorer people – and so his council wanted to keep levels as low as possible.

Ray James, the immediate past president of the Association of Directors of Adult Social Services, told the committee that funding of the social care system was “not sustainable”.

After the evidence session, Disability North, the user-led independent living service based in Newcastle, described the figures from its own local council as “shocking”.

Dr Victoria Armstrong, chief executive of Disability North, said the statistics were alarming because “the need has not disappeared; all they have done is squeeze the eligibility criteria”.

She said: “All they are doing is providing for critical needs. It doesn’t mean the need isn’t there.

“It doesn’t seem to be about inclusion, it’s about prevention and deterioration rather than anything positive.

She said she was concerned that many disabled people were disappearing “underground” – out of the view of their local authority or other agencies – after being turned down for council-funded support packages and not knowing where else to go for help.

She said Disability North had seen many disabled people who had had their support packages cut, particularly as a result of the closure of the Independent Living Fund in June 2015.

Many disabled people come to Disability North for help in securing equipment that might be able to help them with independent living after being turned down for support by their local authority, she said.

The concerns came as the Care Quality Commission today (Thursday) published its annual assessment of the quality of health and adult social care in England, which concluded that the sustainability of the adult social care market was “approaching a tipping point”, with examples of care providers starting to hand back contracts because they were financially “undeliverable” and local authorities warning of more such cases to come.

“The result is that some people are not getting the help they need – which in turn creates problems in other parts of the health and care system, such as overstretched A&E departments or delays in people leaving hospital.”