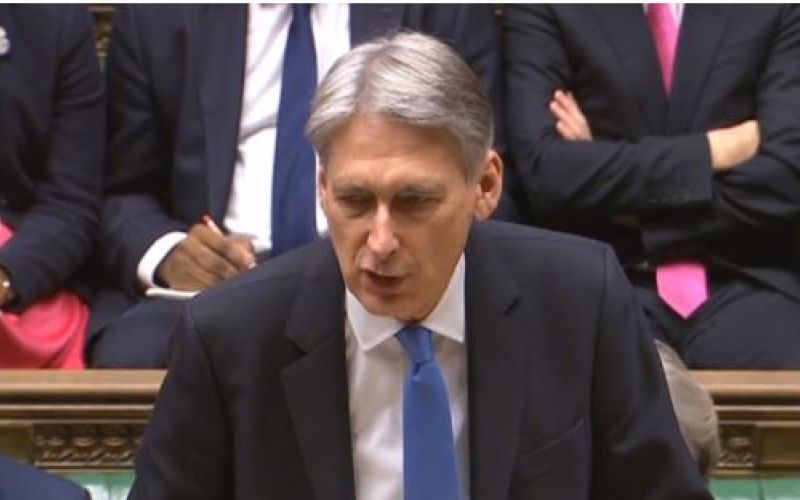 Disabled campaigners have criticised the chancellor’s failure to provide any money in the budget to solve the social care funding crisis, despite a warning from the UN.

Although Philip Hammond announced some extra funding for the NHS, there was no mention of social care in his budget speech, or in the main budget report.

It came only days after the government left disabled campaigners “completely frustrated” by admitting that it will side-line the needs of working-age disabled people from next summer’s social care green paper (see separate story).

In August, the UN’s committee on the rights of persons with disabilities warned that the UK was “going backwards” on independent living, and called on the government to draw up a “comprehensive plan” to address the problem.

Despite that call, there was not a single mention of disabled people, disability, independent living or social care in the chancellor’s 7,700-word speech to MPs yesterday (Wednesday), repeating his failure to mention disabled people or disability in his 6,700-word budget speech in March.

The chancellor (pictured delivering the budget speech) did announce an extra £335 million for the NHS in England this winter, £1.6 billion in 2018-19, and another £900 million in 2019-20 – still far short of the extra £4 billion-a-year health leaders say it needs – as well as overall increases of £2 billion for the Scottish government, and £1.2 billion more for the Welsh government, but he allocated nothing to social care in England.

In March, the chancellor allocated just £2.4 billion in extra money for social care over the next three years, a sum described by disabled campaigners at the time as “meaningless” when set against the scale of the funding crisis.

A survey of social workers in England by Community Care magazine and the Care and Support Alliance, published in September, found that more than two-thirds felt they were expected to cut people’s care packages because of local authority funding pressures, while more than a quarter were not confident that the reduced care packages they had to oversee were “fair and safe”.

Labour leader Jeremy Corbyn said yesterday, in his speech responding to the budget, that by March next year more than £6 billion will have been cut from social care budgets since 2010.

Linda Burnip, co founder of Disabled People Against Cuts, said: “As expected, the Tories have completely ignored yet again the human disaster they have allowed to develop in relation to social care and have failed to address in any way the ever increasing lack of funding to support disabled people’s human rights to live independently in the community with adequate levels of support.”

Disability Rights UK said: “There will be deep disappointment amongst disabled people that there was no mention of social care in the budget.

“The crisis in services looks set to continue unabated.”

The Local Government Association said it was “a completely false economy to put money into the NHS while not addressing the funding crisis in adult social care” and “sends a message that if you need social care, you should go to hospital”.

The disability charity Sense warned the government that it “cannot save the NHS if it delays dealing with social care”.

And another disability charity, the MS Society, said the failure to provide more money for social care was “even more alarming” than the refusal to meet the NHS funding gap, and “provides nothing to prevent the current crisis from worsening”.

The budget report did include one disability-specific spending announcement, with an extra £42 million for the disabled facilities grant – which provides funding to make disabled people’s homes more accessible – increasing the total budget for this year (2017-18) to £473 million, although this was not mentioned in Hammond’s speech.

There was also relief that the government finally agreed to introduce measures to soften the impact of the botched rollout of universal credit (UC), which is gradually replacing six working-age benefits.

Campaigners have been warning that the rollout is leaving hundreds of thousands in debt, and forcing people – many of them disabled – to borrow from loan sharks, pawnbrokers and payday loan companies, while many have been left in rent arrears and facing eviction.

Hammond announced a package of improvements to UC that will cost £1.5 billion over the next five years (£300 million in 2018-19), including removing the seven-day waiting period for new claimants so that entitlement starts on the day of the claim.

Claimants will also be able to secure an advance, equal to a full month’s UC payment, within five days of making a claim, and will be allowed to make online applications for advances.

They will also be allowed to pay back the advance payment over 12 months, instead of the current six, while claimants moving from housing benefit to UC will receive an extra two weeks of their housing benefit award to ease the transition.

The Treasury told Disability News Service that the changes will cause a further three-month delay to the rollout of universal credit, so it will now reach all jobcentres – although not all claimants – by December 2018 rather than September 2018.

Further details were due to be announced today (Thursday) by work and pensions secretary David Gauke.

Citizens Advice Scotland welcomed the “significant” changes, and said they would “make a real difference to those claimants who are currently experiencing hardship”, but warned that there were “other problems with universal credit which we believe still need to be addressed”. 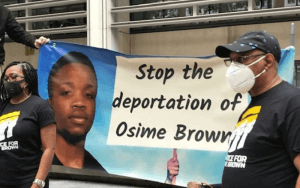