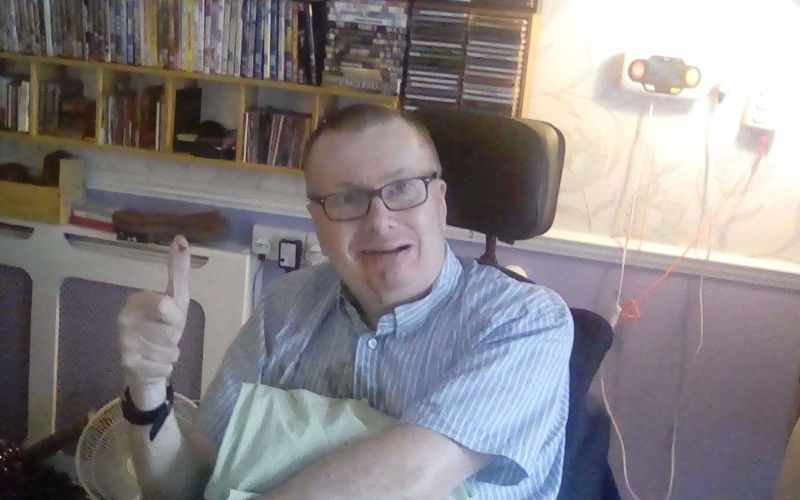 A disability charity is facing allegations of “insensitive and abusive” behaviour over the way its executives told disabled residents that they were about to close their care home because they could not afford to keep it open.

The news was broken on the same day that other executives from the same charity, Leonard Cheshire, were telling residents of a home on the other side of the country why they had spent £275,000 on a new logo and rebranding exercise.

Leonard Cheshire had sent letters inviting residents of the Greathouse home, near Chippenham, Wiltshire, to a meeting about “important changes to the service and how it will affect you”, that would take place just six days later.

But the charity failed to provide the letters in accessible formats such as large print or easy read, so some of the residents – who all have high support needs – were unable to read or understand them.

Some of their relatives did not receive letters telling them about the meeting.

Another letter, confirming the decision to close the home, was handed out after the meeting, and again was not available in accessible formats.

And when executives from the charity’s head office arrived for last week’s meeting, there were so many of them present that they created an “intimidating” atmosphere, according to one relative.

They also ignored some of the questions and comments raised by residents with communication impairments, says the relative.

The claims have been made by Sharon Bye, whose brother Chris is one of the residents and has praised the quality of the staff at Greathouse.

She subsequently made a “safeguarding” referral to the local authority, Wiltshire County Council, because she felt the way the meeting had been run was “abusive”.

Leonard Cheshire told the home’s residents last week that Greathouse would close on 27 July, partly because it could not afford the money for repairs and was finding it difficult to recruit staff.

There are believed to be 21 residents of the home, all of working-age and all wheelchair-users with high support needs.

Chris Bye (pictured in his room at Greathouse) said the meeting had been “awful and very badly managed. They obviously had their own agenda to push and they just didn’t listen to residents.”

He said he felt “very sad” about the closure and added: “I have lived here a long time and we are a family.”

There are now concerns that allowing just three months to find new accommodation means he and other residents could be forced into homes for older people.

Sharon Bye is also angry that a council manager who attended the meeting failed to intervene to express concerns at the way it was being run or to explain his role.

In a letter to Neil Heslop, Leonard Cheshire’s chief executive, Bye has described Greathouse as “a vibrant community that is fully integrated into the locality” and ensures its residents “have as much independence as possible”.

She added: “I am devastated by your decision to close but also understand that you have a right to make a decision like this.

“What you don’t have the right to do is treat the people you support in an insensitive manner.

“As the lead officer of a national charity it is my hope that you will be horrified to learn that residents and families have been treated with such a lack of regard.

“I will go as far as to say that the actions to date constitute in my view abuse. I am sorry to say this, but it is true.”

After being asked by Disability News Service (DNS) about Bye’s concerns, Leonard Cheshire admitted that residents were given just six days’ notice of the meeting but said this was to “minimise any anxiety or upset associated with people having to wait for an extended period of time to attend the meeting”.

It also admitted that some relatives of residents had not received a letter telling them about the meeting, and that it was “investigating the reasons for this”.

But she told DNS that the charity did not consider the meeting was “abusive” and that executives at the meeting had tried to acknowledge all the points made by residents.

She said: “The message delivered was difficult for people to hear and people, understandably, became upset.

“There were a number of instances where people were talking at the same time, which made it very difficult for us to hear and acknowledge every point being made.

“We asked people to allow others to speak in an effort to ensure that those who wanted to be heard could be.”

She said the charity was “not aware of anyone being ignored”.

And she said the home’s manager had assured them there was no need to provide the letters in accessible formats.

She said: “We are more than happy to ensure that information is provided in alternative formats and would ask anyone who would like this to contact us.”

But she said the charity accepted that it “could have provided more clarity around who would be attending” the meeting.

She added: “At Leonard Cheshire we aim to offer the best quality service in modern accessible properties.

“Difficulties recruiting specialist staff have resulted in an over reliance on agencies, and drop in demand for places over a number of years have also been a factor in reaching the difficult decision to close this service.

“We are working with all residents and their families in association with commissioners to help them choose their new home, and support them throughout this transition process.

“We are also supporting our dedicated staff with their future options.”

But on the same day the Greathouse closure was announced to its residents, two other Leonard Cheshire communications executives were called to Wetherby, Yorkshire, to explain to service-users at another home why the charity had paid a consultancy more than a quarter of a million pounds for a rebranding exercise that includes a new logo that has been described as “looking like something a toddler would draw”.

Leonard Cheshire service-user Doug Paulley, who lives in the Wetherby home and is a fierce critic of the way the charity is run, said the treatment of the men and women who lived at Greathouse had been “disgraceful”.

He said the last inspection report for Greathouse by the care regulator had been excellent, apart from the need for some renovations.

He said: “I am sure they could give substantially more time (like: a year or six months) for the residents to sort out alternative accommodation. I’m sure that they could renovate and stay open, come to that.”

He questioned the cost of the new logo with the two executives last week but said he was given a lot of “corporate guff” about how the new logo “represents diversity” and was “less enclosing” than the previous “box” logo.

And he said they told him the previous redesign in 2008 had cost £1.5 million and had been “a badly handled own goal”.

Paulley told DNS that the latest rebranding had been a “ludicrous pointless infantilising waste of money, done by media consultants who know nothing about disabled people’s lives, social care and politics”.

The executives had told him the charity had decided to drop “disability” from its name – the previous rebranding in 2008 had added “disability” – because they did not like people being given the “badge” of disability.

Paulley said: “They say they don’t like people to be labelled as there is a lot of diversity in disabled people.

“Well, yes, of course there is; but the whole point of the social model, which they claim to espouse, is that it’s not the person that is disabled, it is society which disables them – so society is labelled, not the person. But they just don’t get it.

“Also does this mean that they are now going to provide services to non-disabled people?

A Leonard Cheshire spokeswoman said: “Like other big charities we periodically have to invest in the future – so we can together support more individuals to live, learn and work as independently as they choose.

“Work around the brand isn’t just about a logo and the investment has also paid for website redesign, as well as development of high impact materials to help staff do their jobs more effectively, following detailed consultation on the approach.

“We work with disabled people to create a fairer, more inclusive society and the new brand better reflects the diversity of the services we now provide, both in the UK and internationally.”

Wiltshire County Council refused to say why it failed to intervene in the meeting, or to confirm the safeguarding concern raised by Sharon Bye.

But it said in a statemen: “We were saddened to hear that Leonard Cheshire has chosen to close this care service, and recognise the impact this will have both on those receiving care, and the staff involved in providing it.

“We are working with Leonard Cheshire and our partner organisations to provide advice and support to those residents affected and will ensure they get suitable alternative accommodation and care as quickly as possible.

“Some of the matters raised at the recent meeting for the home’s residents and their families will be discussed with Leonard Cheshire to ensure that the position going forward is handled as sensitively and carefully as possible.”