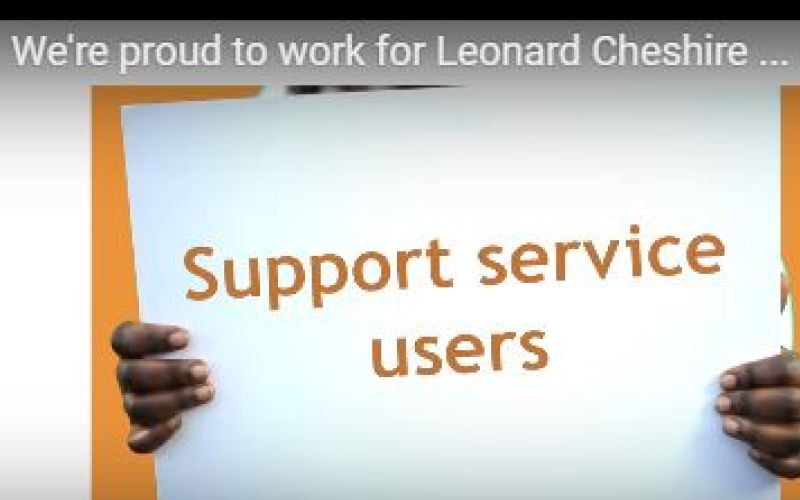 A disability charity is set to scrap a team of disabled staff members dedicated to empowering the residents of its care homes, in a bid to cope with a budgetary black hole.

Leonard Cheshire Disability (LCD) has told its award-winning, 14-strong customer support team (CST) that they are all facing possible redundancy, in a bid to eliminate what is believed to be a £750,000 budget deficit.

Members of the charity’s own Customer Action Network (CAN) of service-users this week sent out a newsletter calling on LCD to think again.

The newsletter warns: “Save Our Support. Your voices will not be heard. Your views will not be carried higher. Your independent support will not be there as is now.”

It says the CST is “irreplaceable”, and adds: “What was once a very strong department that listened and supported you has been slowly eroded.”

“Will they please listen to alternative options put forward by the team!”

The newsletter includes a petition which CAN plans to send to the charity’s trustees.

CST – which is believed to have had an annual budget of £450,000 – was set up to work with the charity’s care home residents and home care service-users across the UK, and was said to be the only part of the charity where jobs were reserved for disabled people.

The team of fieldworkers support LCD service-users to empower themselves through training, providing information and mentoring, offering advocacy and peer support, and enabling them to put their views across by supporting CAN.

After initially refusing to comment, the charity denied yesterday (27 April) that its financial problems were connected with the departure of its chief executive, Clare Pelham, and her decision to leave the post before a successor had been appointed.

LCD had an income of £162 million in 2014-15, making it the UK’s second-largest disability charity, after Mencap, but it is not led or controlled by disabled people.

Disabled activist Doug Paulley, himself a resident of an LCD care home, and a fierce critic of the way the charity is run, said CST’s work was “really important”.

“It is just disgusting, really. It just shows LCD up as right hypocrites.”

He said CST had already been “emasculated” several years ago in a previous round of cost-cutting, when LCD had again considered scrapping the whole unit.

Only last month, the charity was accused by a council and a local NHS body of an “uncaring disregard” for the disabled residents of one of its care homes, after giving them less than two months’ notice that they would be evicted.

LCD said this week that there were “no plans to close any more care homes being considered”.

An LCD spokeswoman said that Pelham’s decision to leave “was not related to any financial matters”.

She said: “At this point in time we are in informal discussions about the future of the customer support team and no decisions have been taken.

“As is normal for any charity of our size, we constantly review our operations to ensure we work with disabled people in the most effective way.

“Sadly, Rosemarie Pardington will be moving on to the next stage of her career this year and has agreed to stay with Leonard Cheshire as acting chief executive until September.”

She declined to comment on the size of the budget deficit, or whether any more jobs across LCD were at risk of redundancy.

Picture: A scene from an LCD promotional film