You are here: Home / Politics / Concern over Mordaunt’s ‘troubling’ appointment as disability minister 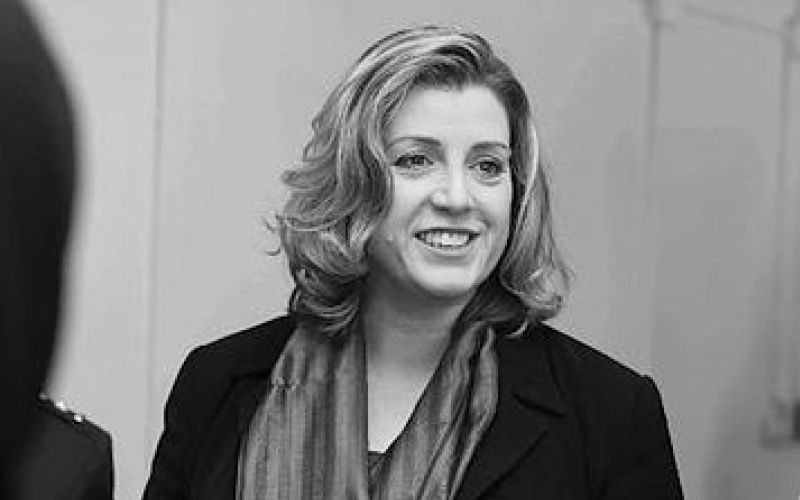 Disabled activists say they are “deeply concerned” by the “troubling” decision to appoint an outspoken supporter of legalising assisted suicide as the new minister for disabled people.

Penny Mordaunt was appointed minister for disabled people, health and work, in the Department for Work and Pensions (DWP) this week after the sacking of Justin Tomlinson.

In an expanded brief – and at the level of minister of state, rather than junior minister – she will have responsibility for a string of divisive policy areas, including employment and support allowance (ESA), the government’s Disability Confident employment campaign, and personal independence payment, as well as for cross-government disability issues.

But Mordaunt (pictured) is a long-term advocate for changing the law to allow assisted suicide, an issue that will cause deep concern among large parts of the disabled people’s movement.

In 2010 she was appointed to the Commission on Assisted Dying, which was criticised for its bias after it was set up by the pro-assisted suicide charity Dignity in Dying with money from author Terry Pratchett and River island founder Bernard Lewis, both supporters of legalisation, and chaired by the Labour peer Lord Falconer, also a supporter of legalisation.

Mordaunt, a former director of the charity Diabetes UK, made it clear on her appointment to the commission that she was in favour of changing the law to allow assisted suicide, telling her local newspaper in Portsmouth: “My personal view is that assisted dying should be allowed for the terminally-ill.”

She was also founding chair of the pro-legalisation All-Party Parliamentary Group on Choice at the End of Life, for which Dignity in Dying – formerly known as the Voluntary Euthanasia Society – provides secretarial support.

Mordaunt’s appointment is causing alarm and shock among disabled people and their organisations.

“The minister is a well-known supporter of legalising assisted suicide, which is opposed by all leading disabled people’s organisations in the UK.

“At a time when disabled people are still facing huge cuts to their support, services and benefits we need a minister who is willing to champion our right to live.”

Journalist and presenter Mik Scarlet, a prominent member of the disabled people’s campaign network Not Dead Yet UK (NDY UK), which opposes assisted suicide, said her appointment was “very troubling”.

He accepted that some disabled people were in favour of a change in the law, but he said Mordaunt’s strong support for legalisation meant that she should withdraw from the debate around assisted suicide or resign from her new post.

He said: “She can’t represent the people she is meant to be representing if she continues to have an outspoken view on something which a large percentage of the disabled community are not in favour of.

“It’s another example of a government that doesn’t understand disability trying to claim it represents us, and it just doesn’t.”

She said: “It fills me with dread. I don’t see how she can consider herself a friend of disabled people.”

Caulfield said she believed Mordaunt’s role as minister, to support people to lead fulfilling lives, was “incompatible” with “arguing about making provision for people to end their lives early on the basis that they are severely disabled and need lots of help”.

A Department for Work and Pensions (DWP) spokeswoman said that Mordaunt’s views on legalising assisted suicide were “an issue of individual conscience and a matter for parliament”.

Despite a private members’ bill proposed by the Labour MP Rob Marris being heavily defeated in a Commons vote last September – although Mordaunt did not vote – the Tory peer and former MP Lord Hayward, treasurer of Dignity in Dying, launched another push for legalisation last month by introducing a new assisted dying bill in the House of Lords.

Meanwhile, work and pensions secretary Stephen Crabb has left the government and has been replaced by former home office minister Damian Green, while employment minister Priti Patel has been promoted to international development secretary, with her role – minus responsibility for ESA and issues of “health and work” – taken by Damian Hinds, who was formerly exchequer secretary to the Treasury.

Welfare reform minister Lord Freud, one of the most divisive members of the department among disabled activists, has kept his ministerial job, although he will be joined by Caroline Nokes in a new post, minister for welfare delivery.

When asked whether Crabb’s plans to publish a green paper this year on supporting disabled people into employment were still on course, a DWP spokeswoman said: “Government business continues as normal.

“We will provide further detail on forthcoming announcements in due course.”

The Department of Health has yet to announce its new minister for social care, although health secretary Jeremy Hunt has retained his post.

The government frontbench will include at least two disabled ministers, with Paul Maynard appointed as a junior transport minister – in charge of the rail system – and Robert Halfon, previously a cabinet minister without portfolio and the first MP to hire a parliamentary apprentice, appointed as minister of state for apprentices and skills in the Department for Education.

Maynard appeared before the transport select committee yesterday (20 July), just three days after his appointment, to give evidence on the experience of rail passengers.

Last month, Greening announced on Twitter that she was in a same-sex relationship, becoming the first openly gay female cabinet minister.