You are here: Home / Benefits and Poverty / Confusion – again – after Labour backtracks on Corbyn pledge to scrap universal credit 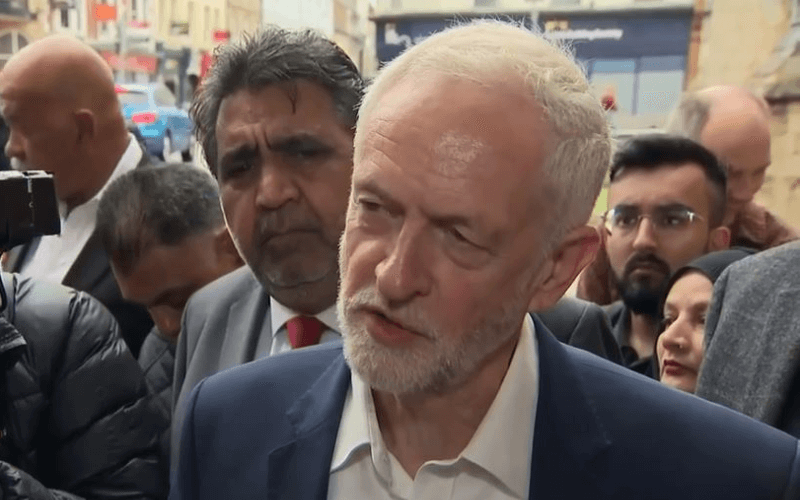 Labour’s policy on universal credit has again become mired in confusion after its leader, Jeremy Corbyn, promised to scrap the government’s “catastrophic” and “iniquitous” benefit system if his party wins the next general election.

Such a move would be seen as a significant victory for disabled activists and allies who have pushed the party to promise to scrap universal credit, instead of pledging only to halt the rollout of the system and fix its many flaws.

Interviewed after the party’s success in last week’s Peterborough by-election, Corbyn told Channel 4 News (pictured): “We are ready for a general election, and that general election will deliver a Labour government.”

Despite Corbyn’s comments, what seemed to be a significant change in policy appeared not to have been noticed by any mainstream media.

And the party’s press office today (Thursday) issued a statement that conflicted with what Corbyn said, merely stating again that a Labour government would pause the rollout of UC and try to make it fit for purpose.

“Labour will stop the roll-out, and ensure our social security system genuinely protects people from poverty.”

Disabled activists, particularly Disabled People Against Cuts (DPAC), have campaigned for the government – and any future Labour government – to “stop and scrap” universal credit (UC).

Only last week, DPAC released new research which detailed media articles on UC published between January and May this year, which it said was “a damning record of UC systemic and catastrophic failures”.

It said that UC had reached a point where it was “unable to adapt to claimants’ complex circumstances, and is forcing people with the least resources into further poverty, homelessness, and hunger”.

DPAC said it was calling for UC to be scrapped because it had become a social security system “which not only does not offer security, but actively undermined people’s ability to cope with the hazards of life”.

A DPAC spokesperson said last night (Wednesday), in response to Corbyn’s comments, but before the party had released its statement: “We welcome it as it’s the only credible position that Labour or any other party can take given UC’s well-evidenced fundamental failings, enormous waste and terrible harm but we remain unsure of Labour’s position until there is a firm public commitment.”

It is not the first time that Labour has appeared to call for UC to be scrapped and then retreated from that position.

Last October, the party had to back-track after deputy leader John McDonnell said in a television interview that UC was a “shambles” and “iniquitous” and added: “I think we are moving to a position now where it is just not sustainable. It will have to go.”

But the party’s press office later stressed that Labour’s position was that “universal credit in its current form simply isn’t working”.

Labour’s work and pensions secretary, Margaret Greenwood, was also heavily-criticised by disabled activists after telling the party’s annual conference in Liverpool last September that the government must “stop the rollout of universal credit and fix its many flaws”, rather than calling for it to be scrapped.