An “incompetent” council apparently failed to take disciplinary action against any members of staff following allegations of serious ill-treatment and neglect of disabled people at a day centre.

A serious case review, published last week, described incidents of alleged “humiliation, ostracising, favouritism, inappropriate communication, rough handling” and the “deliberate exposure” of a service-user to “an item of which he was known to be phobic”.

It also found that windows had been boarded up so no one could see into the office, while the building was “in a state of disrepair, toilets were broken, there was dried faeces on one of the toilet walls, and old, used incontinence pads piled in a corner in one toilet area”.

But Cornwall Council seems to have failed to take any disciplinary action against any of the staff at the John Daniel Centre in Penzance, following allegations made by a whistleblower in 2011.

The serious case review also suggests that the contents of an internal council report into the alleged abuse led in March 2014 to the collapse of a court case, in which three members of staff had been accused of ill-treatment and neglect under the Mental Capacity Act.

But it was not the first time there had been allegations made about the council-run day centre, which at times was catering for up to 80 adults with learning difficulties at a time. Similar concerns had been raised in 2006.

And concerns were also raised about another of Cornwall’s day centres, Morley Tamblyn Lodge, in Liskeard, in 2007, and again in 2013, with the cause of the problems considered to be “cultural and systemic”.

The council does not appear to have taken disciplinary action against a single member of staff over any of these four series of allegations.

The council’s safeguarding lead, Jack Cordery, declined to say whether any member of staff had faced disciplinary action, but said: “Appropriate management action was taken to investigate the allegations, to learn lessons and put in place measures to prevent the same things happening.”

Reg Broad, former chair of East Cornwall Mencap, who visited the John Daniel Centre after the concerns were raised in 2011, said: “The whole culture in the place must have been absolutely appalling.

“They were being allowed to get away with anything and it was just being covered up.

“It was the denial of any sort of rights. You couldn’t complain – if you did, it was covered up. Nobody from outside was going in regularly.”

The John Daniel Centre is just the latest in a series of high-profile scandals in which Cornish institutions have been criticised for their failure to uphold the rights of disabled people, including the notorious disability hate crime murder of Steven Hoskin in 2006.

A serious case review into his death later found that every part of the adult protection system in Cornwall had been guilty of “significant failures” in dealing with the torture Hoskin – who had learning difficulties – had been experiencing at the hands of a group of young people who had targeted him.

In the same year that Hoskin died, a report by the Healthcare Commission and the Commission for Social Care Inspection into “years of abusive practices” at homes and hospitals run by Cornwall Partnership NHS Trust detailed allegations including “staff hitting, pushing, shoving, dragging, kicking, secluding, belittling, mocking and goading people who used the trust’s services, withholding food, giving cold showers, over-zealous or premature use of restraint”, as well as a lack of care, dignity, respect and privacy.

No member of staff was ever prosecuted over the Cornwall Partnership abuse.

And in 2013, a Cornwall councillor shocked and outraged disabled campaigners across the world after suggesting – in an interview with Disability News Service – that there was a good argument for killing some disabled babies with high support needs, because of the cost of providing them with services.

The disabled people’s organisation Disability Cornwall said this week that it was “very concerned that our county has had to bear yet another situation involving the potential abuse of people with learning difficulties, which has required subsequent investigation”.

A spokesman for Disability Cornwall said: “In light of previous scandals in Cornwall, it appears there have been missed opportunities to learn, or to improve upon, essential services which can have enormous impacts on the quality of a person’s life.

“At the centre of this unacceptable situation appears to be a lack of competency by the commissioning and provider functions of our council, which seems to have led to an appalling deterioration in standards at a centre previously held in high regard by the people who used it, their families and carers, its staff and the wider community at large.”

Broad, who was closely involved in exposing the Cornwall Partnership abuse, said: “The biggest problem is the attitude of the authorities. The attitude is always that people with learning disabilities do not count.

“I almost go so far as to say that they believe they are subhuman. They don’t have any rights.”

Broad said that the “Collin Brewer attitude” was “in the council, both in the officers and the members”, and he added: “To me, that attitude is why we have got this report.”

Cornwall Council says there have been “significant improvements and changes in the services delivered through the John Daniel Centre” since 2011.

And Cordery denied there was a lack of respect for disabled people’s human rights across Cornwall’s institutions.

He said: “Whilst the council accepts that standards of care were not at an acceptable level and there were individual instances of unacceptable behaviour, it does not accept that there is a culture of disrespect for the rights of disabled people.

“When these matters have come to light the council has been open about them and taken appropriate action to address them.”

He also denied that the council, and other institutions, had failed to learn lessons from the Cornwall Partnership NHS Trust scandal.

And although the council admitted that “some aspects of local practice were allowed to develop that fell short of standards, and some unacceptable staff behaviours were not challenged effectively” at the John Daniel Centre, it claimed that independent regulation of council-run day centres – which currently lie outside the remit of the Care Quality Commission – was not the answer.

It insisted that it was “sound management accountability and systems that safeguard adults, not national regulation”. 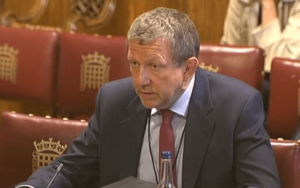 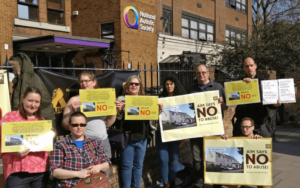