You are here: Home / Benefits and Poverty / Coronavirus: Return of benefit sanctions in middle of pandemic ‘is barbaric’ 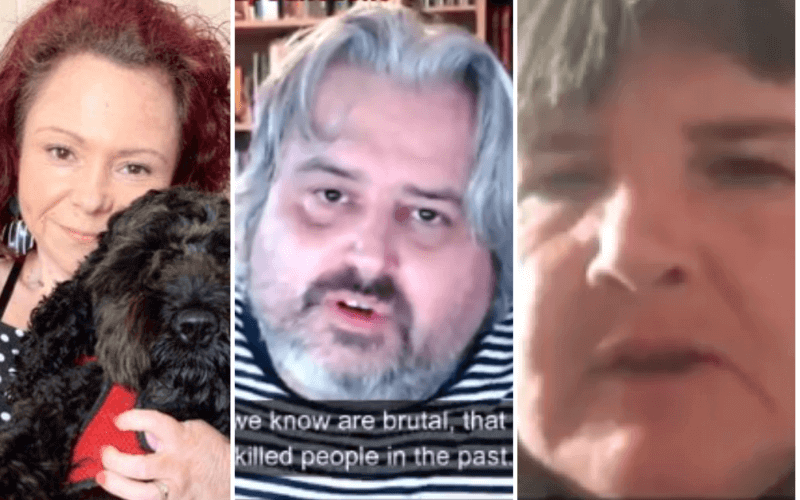 Disabled campaigners have described the government’s decision to reintroduce benefit sanctions – in the middle of a pandemic – as “barbaric” and “life threatening”.

The decision meant an end to the three-month suspension of benefit sanctions and conditionality* in England, Scotland and Wales, which had been introduced in March as part of the COVID-19 lockdown measures.

Jobcentres will start re-opening this week in England, but not in Scotland and Wales, where claimants will only receive services online and by phone.

This means that some claimants in England will now begin to have face-to-face discussions with work coaches in jobcentres.

But there has been little information on exactly how these steps will work and how they will affect disabled and other claimants.

Work and pensions secretary Therese Coffey said restoring conditionality and the threat of benefit sanctions was “an essential part of the contract to help people start to reconsider what vacancies there are”.

But it came as the government continued to ease the lockdown that has been in place across England since March, while also imposing a local lockdown in Leicester after a spike of infections.

Millions of disabled people – many of them on out-of-work benefits and now potentially subject to the threat of sanctions – are still shielding from the virus.

Yesterday, work and pensions ministers also removed a crucial line from guidance for claimants of universal credit (UC) that previously assured them: “You will not get a sanction if you cannot keep to your Claimant Commitment because of coronavirus (COVID-19).”

This suggests that UC claimants will no longer be able to use the fact that they are shielding, or have COVID-19 symptoms, as a reason for breaching their claimant commitment (the agreement that sets out what they have to do to continue to receive UC).

DWP refused to comment on the removal of this line, or even to confirm that sanctions would now apply again to all claimants previously at risk of having one imposed, including those in the work-related activity group of employment and support allowance (and the equivalent universal credit group).

Instead, the department attempted to persuade journalists, including Disability News Service (DNS), that the move to restore sanctions was “compassionate” and “understanding”, that sanctions would not be imposed “for no good reason”, and that the re-imposition was “rooted in a new normal” and their use would be “more compassionate” and “reasonable” than pre-pandemic.

The decision to re-impose sanctions and conditionality from 1 July after a three-month pause was greeted with anger and disbelief by disabled activists.

Disabled People Against Cuts (DPAC) held an online action yesterday to protest at the re-imposition.

DPAC said in a statement: “Claimants have been left both anxious and uncertain.

“There is now overwhelming evidence of both the serious harm that the sanctions regime inflicts on the most disadvantaged members of society and the fact that sanctions are punitive and counter-productive to the aim of getting people off benefits and into work.”

It also appealed to disabled people and allies to join the new Scrap Universal Credit Alliance.

Pam Duncan-Glancy, a disabled Labour parliamentary candidate at the last general election, said the decision to reintroduce sanctions was “barbaric”.

She said on Twitter: “The standard to which I hold the Gov in this regard is low. Even by that standard, this is off the scale.

“Brutal at the best of times, but in these times this policy on sanctions is a death sentence.”

Kerena Marchant, a Deaf campaigner who stood for Labour at the last general election, said in a video that restarting sanctions would place Deaf and disabled people “in an impossible situation”.

“We’ve already had DWP suicides and deaths and this could lead to more.”

Paula Peters, a member of DPAC’s national steering group, described in a video some of the personal testimonies of disabled people who have had universal credit sanctions imposed on them.

One woman, who was unsuccessful in four job interviews, was sanctioned because DWP said she was not happy enough, even though she had depression and anxiety.

Another woman was told by the jobcentre not to mention that she was disabled because such a term was “political”.

This woman was also accused of lying about her seizures, until she had a seizure in the jobcentre.

She was still sanctioned for three months and had to rely on friends and family for food, said Peters.

“We know that hundreds of thousands of people are about to lose their jobs, we know that the homeless are about to be released from hotels because the contracts have ended and the money has run out. And we have this situation in Leicester.

“We are still in the middle of a pandemic, yet DWP have dug in their heels and refused to extend the ban. This is wrong.”

Ian Blackford, the SNP leader at Westminster, told Boris Johnson at prime minister’s questions yesterday that the decision was “heartless”, “cruel” and “unnecessary”.

Johnson asked Blackford “to think that he may be mistaken”.

Disability Rights UK said this week that the decision to reintroduce conditionality and sanctions was “appalling” and “must be reversed”.

“To reintroduce them with no discussion, in the environment of an economic recession, with millions more universal credit claimants and amid a viral pandemic, shows a scant regard for the welfare and safety of disabled people.”

He also pointed out that the PCS union had warned that reopening jobcentres so soon “could create a perfect storm as staff and customers are faced with lack of social distancing, inadequate personal protective equipment and the real risk of COVID-19 being brought into workplaces”.

Coffey told MPs this week: “It is important that as the jobcentres fully reopen this week, we reinstate the need for a claimant commitment.

“It is an essential part of the contract to help people start to reconsider what vacancies there are, but I know that I can trust the work coaches and jobcentre managers, who are empowered to act proactively with people.”

A DWP spokesperson added: “We’ve been there for those who have lost jobs or have reduced hours in this pandemic, promptly processing new claims and getting money into the accounts of those in urgent need within days.

“Now our focus is rightly switching to getting Britain back into work.

“From July, people can make an appointment with their work coach if they can’t get the help they want online or over the phone and work coaches will be calling all claimants to help them get ready for the world of work.”

*Under conditionality, the rules claimants have to meet in order to avoid losing some or all of their out-of-work benefits through sanctions can include pledging to carry out a certain number of hours looking for and applying for jobs, networking, updating a CV, or attending training