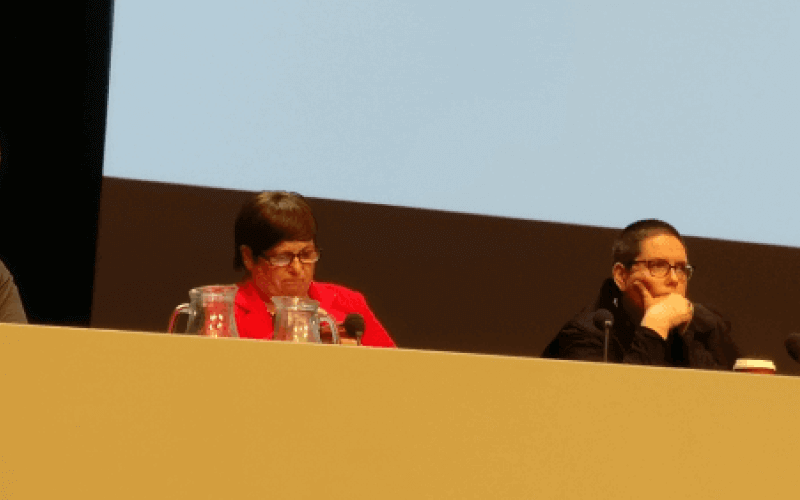 Disabled people who have been shielding from coronavirus since March are expressing significant doubts about government advice that says that – from Saturday (1 August) – they will no longer need to do so.

The government announced on 22 June that the 2.2 million people in England who had been placed in the “clinically extremely vulnerable” group would no longer need to shield from 1 August, although they should continue to follow strict social distancing measures.

It also said that its shielding support package – including free deliveries of food boxes, and medicine deliveries by community pharmacies – would end tomorrow (31 July).

And those who were shielding but could not work from home were told they could return to their jobs from Saturday (1 August) if their workplace was “COVID secure”.

In the wake of the 22 June announcement, disabled people and disabled people’s organisations told Disability News Service (DNS) that the decision to further ease measures that had been protecting hundreds of thousands of people with impairments and long-term health conditions had left them “stunned and anxious”.

Now, with 1 August just two days away, DNS has asked the same disabled people and DPOs whether their views have changed since late June.

But with the first suggestions that cases of COVID-19 are slowly beginning to creep upwards again across the country, they have expressed significant concerns about the end of the support package and the suggestion that they and others can now stop shielding.

Fazilet Hadi, head of policy for Disability Rights UK (DR UK), said last month that it was not right that those who had been shielding should be asked to “choose between their life and their livelihood” from 1 August.

This means, she said, that doctors cannot recommend that shielding continues in particular cases; there are no exceptions for those shielders who would have to use public transport if they returned to work; and there is no guidance on “what happens if the workplace cannot be made safe and working from home is not an option.

She also pointed out that there are no special provisions for those living in areas where the reproduction rate of the virus is high.

She said: “It is also unclear what support and protection will be available to people who need to shield in the situation of future local lockdowns.”

She added: “The virus transmission rate has gone down and many of us have calculated that the risk of being out and about is worth taking.

“However, for people who are clinically susceptible, this calculation may well be different, and resuming ‘normal life’ might still be a risk they don’t feel they can take.”

The grassroots disabled people’s organisation Bristol Reclaiming Independent Living (BRIL) warned last month that it was “very concerned” that the government’s plans had been introduced “against scientific advice and without any consultation with disabled and chronically ill people”.

This week, although welcoming the potential positive impact on many people’s mental health of being able to leave their homes for the first time in months, BRIL still has serious concerns.

It believes the guidance on being allowed to mix with small groups outdoors “makes no sense, as we have no control over who else those people have met”, while disabled people who receive support in their own homes are now at greater risk because these care workers will have been mixing with a wider group of people than earlier in the crisis.

It is also concerned about shielders being forced to return to work and potentially being penalised by employers if they refuse to do so.

BRIL said it was concerned that the end of the government’s food box scheme could leave some disabled people without food, “as supermarkets have still not sorted out delivery slot shortages, so people will be genuinely scared that going to shops at the same time as everybody else as all the other restrictions are lifted, and with people not following guidance to wear masks, is just too risky”.

A BRIL spokesperson said: “People of colour and disabled people have been dying and have been impacted harder than other people.

“The government know this, but have done next to nothing about it.

“The message that many shielders, disabled people and people with chronic/long-term physical and mental health conditions get from the government is that they have been forgotten. A lot of people who are shielding are confused and scared.

“When the government are forced into remembering us, we are seen as a problem, a burden. There has been no attempt to involve disabled people in policy decisions.

“As a result, most of the government’s information and guidance about COVID has been late, inaccessible, inaccurate and contradictory.

“BRIL can’t think of anyone who is shielding or a deaf, disabled or chronically ill person that trusts this government.”

Vici Richardson, community care and personalisation advisor for the disabled people’s organisation Disability North, said she was not as positive or confident as she was a month ago, after hearing from disabled people in recent days.

She said: “I think there are a lot of people who remain distrustful of general advice and there is still an awful lot of anxiety, even from disabled people who are not on the shielding list.”

Some of those who have been shielding are about to return to work and are “very apprehensive”, she said.

Others feel there needs to be a return to some degree of normality and that “if we can have a bit of normality now it may make the winter easier if we have to go back into shielding”.

She said: “I have heard from a lot of parents, though, who are shielding their children/young people and they are extremely concerned about another spike come autumn/winter.

“Many are now absolutely exhausted from taking on education, care and the therapies and are worried about how they would manage a second time.”

She added: “I don’t think I have spoken to anyone over the last few months who has been advised to shield who is feeling confident about resuming a life on the outside.

“For me personally, we are going to do what we can to ensure there is a little bit of freedom and normality for our [disabled] son whilst keeping the risk down and ensuring that he is strong enough emotionally to get through the winter period if we have to fully shield again, which we have been told is very likely.”

Kathy Bole (pictured, right), co-chair of Disability Labour, said her thoughts on shielding had not changed in the last five weeks.

She said: “I and indeed most of the disabled people I know are still planning on shielding.”

Like DR UK, she fears what will happen after 1 August to shielders who are told to return to their offices by their bosses.

She said: “People may not be able to protect themselves.

“If a boss wants someone to return, it isn’t clear whether the employee has any route to refuse to return on the basis of health risk.

“I am not sure if there is any negotiation possible. I think that will be very tricky and those in low-paid jobs will not have the option.

“This is why people should belong to a union.”

Bole added: “I know we haven’t seen a second spike yet, but I believe that it will come.

“Many disabled people I have spoken to are planning on staying in slightly modified shielding, only going out if absolutely necessary.

“They will continue to shield until a vaccine is found.”

She fears that this new environment, with supermarkets no longer having to reserve shopping slots for those in vulnerable situations, will mean disabled people “will once again be left behind”.

Her fellow co-chair at Disability Labour, Fran Springfield (pictured, left), said: “I’m not stopping shielding and the majority of the disabled people I know are not either.

“With the likelihood of a second wave – going out does not feel safe.

“My partner, who is less at risk than I am, is reporting back that many shops in London are not endorsing mask wearing and there seems to be a general reluctance to challenge those who don’t social distance either. So I’m going nowhere!”

Last month, disabled campaigner Fleur Perry said she would look at local and national data before making any decisions on whether to stop shielding on 1 August, and would “probably err on the side of caution”.

Today (Thursday), she said: “I’ve been unable to locate the data and rationale behind ending shielding.

“Yes, the number of cases has dropped in the past few months, but we’re still in a situation where hundreds of people are dying every week.

“A second wave this summer has not been ruled out.

Disabled campaigner and retired Paralympian Chris Channon, who himself is on the “clinically extremely vulnerable” list, said his views had not changed and he was still “petrified”.

He said: “The virus is still active, with the World Health Organization (WHO) saying that the number of people infected globally is increasing by a million every four days.

“The virus is not defeated, and neither does it obey government ministers.

“I will never feel safe until I’m covered by an effective vaccine.”

Meanwhile, new figures from the Office for National Statistics (ONS) show that the proportion of those in the clinically extremely vulnerable group who had strictly followed the shielding instructions drifted downwards in the week after the government’s 22 June announcement.

Over the same time period, the proportion completely following shielding guidance fell from 63 per cent to 58 per cent.

Tim Gibbs, from the ONS public services analysis team, said: “Overall we have seen that the percentage of the shielding population who have been following government guidance has fallen as government restrictions eased for the general population at the end of June.”

The figures also showed that younger disabled people have been more likely to experience a worsening of their mental health since they were advised to shield.