You are here: Home / Benefits and Poverty / Coroner failed to investigate DWP links to death of PIP claimant 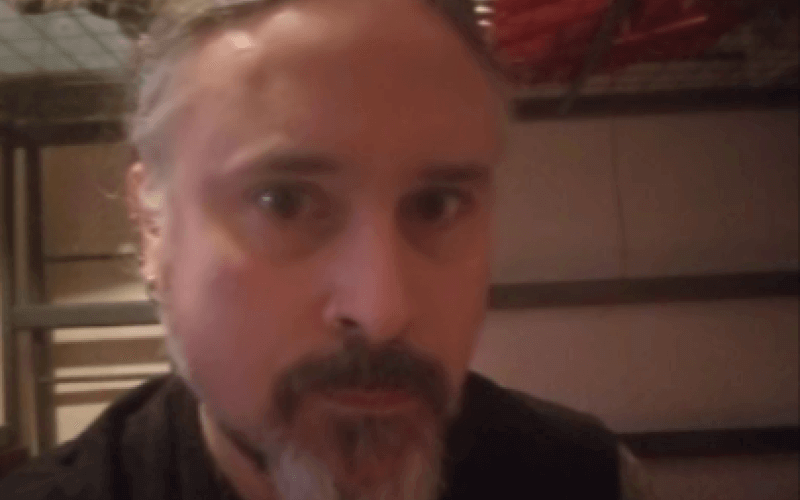 A coroner failed to investigate how the actions of the Department for Work and Pensions (DWP) may have been a factor in a disabled man’s death, despite twice being told that there was evidence of such a link.

Christian Wilcox (pictured) had written online for several months before his death of the mental distress and financial hardship caused by the loss of his personal independence payment (PIP).

His last posts on Facebook and Twitter were on 22 November 2019, and he is believed to have taken his own life shortly afterwards, although his body was not found in his flat in Croydon, south London, for two months.

It is just the latest inquest to raise concerns that many coroners are failing to probe links between DWP and the deaths of disabled benefit claimants.

On the few occasions on which coroners have investigated such links over the last 12 years, they have produced powerful evidence of systemic failings, forcing DWP to examine its policies and procedures and leading to changes that – despite continuing flaws – may have prevented some deaths.

Disability News Service (DNS) alerted South London Coroner’s Court on 2 March 2020 to the Facebook posts and the concerns that Wilcox’s death was linked to DWP’s actions, and it asked the coroner to secure the necessary documents relating to his PIP claim from DWP.

That email was forwarded to the coroner by her staff, but when the inquest took place on 24 April 2020, no evidence from DWP or its private sector contractor Atos was included.

An official recording of the inquest shows that a council officer had also alerted the coroner to comments Wilcox had posted on social media about his PIP claim.

The inquest heard that he had been diagnosed with schizo-affective disorder, anxiety and fibromyalgia, but had previously experienced a period of “stability and recovery” since 2015.

The inquest lasted only 18 minutes, with assistant coroner Catherine Wood unable to determine whether he had intended to take his own life and making no mention of DWP or Atos in her findings and conclusions.

Instead, she said: “We simply don’t have an answer to what his intention could have been.

“Mr Wilcox died as a consequence of his own actions, his intentions being unknown. All that remains for me to do is offer my condolences to the family on their loss.”

But posts on both Twitter and Facebook in the months leading to his death show Wilcox had been significantly distressed about his PIP claim.

On 22 November, he said on Twitter: “This #HostleEnvironment is just too much.”

On the same day, the last day he posted on social media before his death, he tweeted: “Either I have been stitched out of 6 months of money in a genuine design flaw to PIP… or… I was awarded 0 pts in error. Or… I was beaten up to try & get me to die.”

Earlier that month he had said on Twitter: “Me? Every day is pain. Losing my #PIP was a disaster.”

He had posted on Facebook on 6 November how the paramedic who had assessed him for his PIP “ignored the sheer amount of pain I was in”.

Following that assessment, DWP had removed his PIP.

Earlier, in a Facebook post published on 11 September, he had written: “Yeah, PIP. Needless to say my symptoms are up.

“The big fear being that I’m on the list of those to be culled, because of my work over the past nine-odd years.

“I’m definitely in pain, let’s put it that way. What a shit sandwich.”

At the time of his death, he was waiting for an appeal tribunal. It is believed that this hearing had been due to take place a few days after he took his own life.

Wilcox’s friend, Rebecca Turner, last saw him in the summer of 2019 and recalled how “he was so fixated on PIP”.

She said: “I remember him talking about the initial assessment when he had PIP taken away and he felt like the assessor had felt he wasn’t showing enough pain and didn’t really seem to believe him when he talked about his mobility problems.”

Turner believes that Wilcox’s loss of benefits was the “main factor” in ending his life.

She said: “He was just driven to that despair, as anyone would be, by not having the money to live and not being able to have any sort of quality of life.

“He was very lonely and very isolated by the end because he couldn’t get out and do things.

“I think Chris’s case is a really clear example of benefits issues contributing to his death. It’s really black and white.”

He had provided a “benefits update” on social media in July 2019, saying: “I’m still too frail to work and have no money for social stuff, but I am still ticking over.

“I have a real bad feeling about this. This Govt tests us to destruction, and I haven’t ended up on a stretcher for a decade.”

The same month he complained about not having enough food to eat.

Turner said: “He had been fighting that battle to get his PIP reinstated for the last year.

“He’d spoken very openly all over Facebook and to all his friends about just how much it was having a devastating impact on his life.

“The evidence was there to be found. I don’t really understand why someone didn’t look into that further.

“There doesn’t seem to be an interest in how much the benefits system is failing vulnerable people.”

Paula Peters, a member of the national steering group of Disabled People Against Cuts, had met Wilcox through campaigning in Croydon, and said he was a “quiet, deep-thinking man who I had several thought-provoking chats with on the mental health system” and who was “sadly missed”.

She said: “It is outrageous, shocking and deeply concerning and unjust that the coroner… completely ignored this evidence as part of the inquest investigating Christian’s tragic death.

“We demand that all coroners must start investigating these issues in all inquests when they are aware of evidence like this.

“We honour Christian by continuing the fight for justice and holding the government to account for his tragic death.”

But Wood is not the only coroner to have ignored key evidence of DWP failures in inquests into the deaths of disabled people.

Coroner Tom Osborne failed to question DWP during an inquest into the death of Roy Curtis in December 2020, despite receiving a bundle of evidence including Curtis’s handwritten notes, one of which said: “I am unfit to work. I will [take my own life*] if I can’t live”.

Joy Dove, mother of Jodey Whiting, has been fighting in the courts for a second inquest into the death of her daughter, who took her life after her benefits were wrongly stopped.

The high court refused Dove’s request, even though the original inquest was only 17 minutes long. She is now seeking permission to appeal from the Court of Appeal.

In contrast, assistant coroner Gordon Clow conducted an in-depth investigation during a nine-day inquest in January 2021 into the death of Philippa Day.

He concluded that flaws in the disability benefits system were “the predominant factor and the only acute factor” that led to her taking her own life, and he listed 28 mistakes from the DWP and its assessor, Capita, that helped cause her death.

He and a small number of other coroners who have probed links between DWP and the deaths of claimants have written prevention of future deaths reports, which oblige the department to explain what measures it will take to prevent further similar tragedies.

But despite countless deaths linked to DWP, only a handful of PFDs have been written, including those following inquests into the deaths of Stephen Carré, in 2010, Michael O’Sullivan, in 2013, Faiza Ahmed, in 2014, and Philippa Day, in 2019.

DNS asked The Coroner’s Society, which protects the rights and interests of coroners and promotes their role to the public, to comment on how coroners appeared to be ignoring concerns raised with them about the impact of systemic flaws in the social security system on the deaths of claimants, but it declined to comment.

A DWP spokesperson said: “Our condolences are with Mr Wilcox’s family.”

An Atos spokesperson said: “We extend our sincere condolences to the family and friends of Mr Wilcox.”

Wood had not responded to a request to comment by noon today (Thursday).

Before his death, Wilcox had been a voluntary mental health advisor with Croydon Mental Health Forum, and treasurer for a local mental health network.

Turner described him as a “fantastic peer worker” who was “passionate about mental health and improving services”.

She said: “Chris was incredibly kind, incredibly thoughtful and sensitive. He would do anything for anyone really.”

She believes he would want his struggles to be “in the public domain”.

She said: “He cared deeply. He would want people to know what’s happening to people and how awful it is.”

*This description has been removed by DNS as it refers to a method of suicide. It was the same method that Roy Curtis would eventually use to take his own life

**The following organisations are among those that could be able to offer support if you have been affected by the issues raised in this article: Samaritans, Papyrus, Mind, SOS Silence of Suicide and Rethink