You are here: Home / Benefits and Poverty / Justice for Jodey fight continues with fresh request for appeal 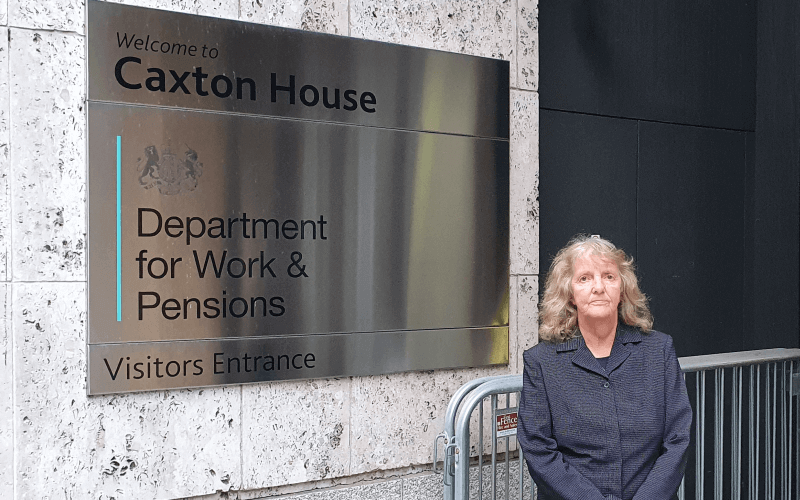 The mother of a disabled woman who took her own life after her benefits were wrongly stopped is to make a second attempt to secure permission to appeal against a high court ruling.

Joy Dove is fighting to secure a second inquest into the death of her daughter, Jodey Whiting, because she believes that the first inquest in May 2017 – which lasted just 37 minutes – was not a “thorough investigation” into the role played by the Department for Work and Pensions (DWP).

But the high court refused in September to quash the result of the first inquest and to order a second one, arguing that new evidence that had come to light since May 2017 did not require a second inquest.

Now she has lodged a fresh application for permission to appeal with the Court of Appeal.

In rejecting her case in September, Mrs Justice Farbey argued that DWP’s failings had been “shocking” and that the decision to remove Jodey Whiting’s employment and support allowance (ESA) “should not have happened”.

But she said that DWP’s errors “amounted to individual failings attributable to mistakes or bad judgment” and were not “systemic or structural in nature”.

Despite that conclusion, scores of deaths have been linked to DWP’s systemic failings, including its refusal to act on reports by coroners following inquests in 2010 and 2014 and a report in March 2014 by the Mental Welfare Commission for Scotland.

Secret reviews obtained by Disability News Service have shown that DWP civil servants repeatedly warned – between 2012 and 2014 – that policies on the work capability assessment were putting the lives of “vulnerable” claimants at risk.

In 2017, DWP admitted failing to keep track of whether it had implemented 10 recommendations on improving the safety of “vulnerable” disabled people that had been made in these secret reviews.

Jodey Whiting took her own life in February 2017, 15 days after she had her ESA wrongly stopped for missing a work capability assessment.

She had been a long-time claimant of incapacity benefit, and then ESA, and DWP and its assessors had previously noted the severity of her mental distress, and the risk that would be posed if she was found fit for work.

They were also aware of her long history of suicidal ideation.

At the time of the assessment, she was unable to leave her house because she had pneumonia, had been in hospital, and had found out that she had a cyst on her brain.

Dove, who has been fighting since 2017 for justice for her daughter, said: “My fight continues to have a fresh inquest that will examine the role of the DWP in Jodey’s death.

“It seems to me that there were obvious failings in the way the DWP treated Jodey, which were proved and documented by the Independent Case Examiner, and it is ridiculous that this has not been fully and publicly investigated.

“How can lessons be learned, and future tragedies prevented, if no one examines this properly?”

Her solicitor, Merry Varney, of Leigh Day, said it was “disappointing” that the high court had rejected the application for a second inquest.

She said: “The possible link between the DWP making repeated errors in the handling of Jodey’s welfare benefits claim shortly before her death, which left her without income, housing benefit and council tax benefit, and her death has never been publicly investigated.”

A DWP spokesperson said: “This is an incredibly tragic case and our condolences remain with Ms Whiting’s family.