You are here: Home / Benefits and Poverty / Coroner’s silence over DWP’s failure to give evidence to WCA suicide inquest 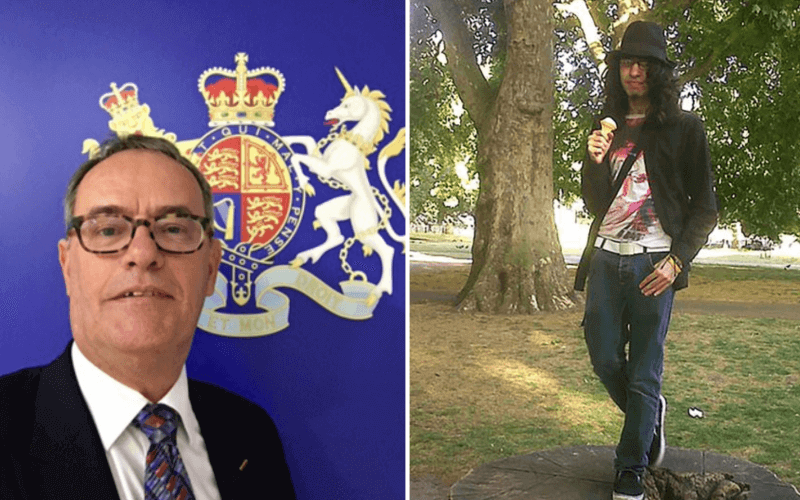 A coroner has refused to explain why the Department for Work and Pensions (DWP) failed to give evidence at an inquest which heard how an autistic man took his own life after being told to attend a work capability assessment (WCA).

Last week’s inquest heard evidence from a series of witnesses who described how DWP’s actions appeared to contribute to causing the death of 27-year-old Roy Curtis (pictured, right), who died in November 2018.

Disability News Service (DNS) can reveal that Tom Osborne, the senior coroner for Milton Keynes who presided over last week’s inquest, also heard the inquest into the death of Stephen Carré nearly 11 years ago.

Following that inquest in 2010, Osborne (pictured, left) became the first coroner to draw a link between the flawed WCA and the death of disabled benefit claimants, concluding that the decision to find Carré wrongly fit for work had been the “trigger” that led him to take his own life.

After that inquest, Osborne wrote a prevention of future deaths (PFD) report which called on DWP to make changes to the WCA system to prevent further such deaths.

That report did not emerge publicly until it was found by DNS in autumn 2015, and it has since helped to prove how the failure by DWP ministers to act on Osborne’s warning has led to many other such deaths.

Last week, nearly 11 years after Stephen Carré died, Osborne was in charge of another inquest which would again hear evidence of links between the WCA and the suicide of a claimant.

But he failed to ensure that any DWP civil servants gave evidence at the inquest into the death of Roy Curtis, despite a string of senior figures from social services, mental health and housing agencies giving oral evidence.

Those witnesses gave evidence which demonstrated how DWP’s failings had contributed to the decision of Roy Curtis to take his own life.

Curtis had cut himself off from his family in 2013 and changed his name from Ayman Habayeb. His family spent years trying unsuccessfully to track him down.

This week, his mother, Anabela Sousa, told DNS that the family were “surprised and disappointed” at the lack of DWP evidence at the inquest, although she stressed that they were also “very grateful for the coroner’s sympathy, fairness and being thorough throughout the hearing”.

She said that DWP had repeatedly failed her son, although she has been told that they had since changed their procedures.

Roy Curtis took his own life six days after being told to attend a “fitness for work” assessment, despite DWP being repeatedly warned its actions had made him suicidal.

The inquest heard last week how, in March 2017, he had handed over a letter from his partner at a WCA, which stated that the assessment process and the thought of having to prepare for work caused him to have “suicidal thoughts”.

The inquest also heard how he had drawn up a lengthy suicide note in autumn 2018, explaining that he had decided to end his own life because DWP had terminated his benefits, which meant he was “no longer able to pay rent or afford to eat”.

He was admitted as a voluntary inpatient to a mental health unit, where a mental health support worker wrote to DWP asking for the decision on his employment and support allowance (ESA) to be reviewed, including a letter from a consultant psychiatrist explaining that the thought of work made Curtis feel suicidal.

His benefits were reinstated and backdated, but just a month later he was sent a letter by DWP telling him he needed to attend another WCA.

This letter was generated by the DWP computer system “without a person checking on the circumstances of the individual”.

His ESA was stopped two months later after DWP officers made two unsuccessful visits to his home to ask why he had not attended the face-to-face WCA; on both occasions, the DWP officer noticed that letters alerting him to the visits were still in the mailbox along with other post.

DWP apparently made no further effort from January 2019 to check on his welfare or to contact other agencies, despite his history of mental distress and suicidal ideation.

His body was only discovered when a bailiff arrived to evict him from his flat, more than nine months after he had died.

But despite these facts, no DWP representative gave oral evidence to the inquest, and no statement from the department was read out by the coroner.

Osborne has so far refused to explain these omissions.

Asked if it was requested to submit any written evidence to the inquest, or if any of its civil servants were asked to give oral evidence, DWP refused to comment, other than referring DNS to last week’s statement in which a spokesperson said the department’s “thoughts remain with Mr Curtis’ family and friends at this difficult time”.