You are here: Home / Housing / Council finds larger home for disabled couple… then stings them for bedroom tax

A local authority arranged for a disabled couple to move from their one-bedroom flat into a two-bedroom bungalow because they needed to sleep apart for health reasons, but then forced them to pay the “bedroom tax”.

Croydon council moved Roy Langridge and his wife Tracey into the bungalow on 27 May after it was unable to repair the lift to the fourth-floor flat where they had been living.

Langridge has severe pulmonary lung disease, sleep apnoea, arthritis, and has just recovered from pneumonia caused, he says, by trying to climb the four floors to the flat while the lift was broken. He is also recovering from cancer of the larynx.

The couple had already been on a waiting-list for a bigger flat. Tracey has been sleeping on the sofa for several years because of Roy’s multiple health problems, which make sharing a room impossible.

He needs a machine to help him breathe, he has to sleep upright, and is often sick in his sleep. “I make heavy noises,” he said. “I kick and thrash around in my sleep.”

Tracey herself has health problems – she has diabetes and has had two strokes – and can now use the bungalow’s second bedroom to sleep in.

The couple were told they would receive full housing benefit for their new home, and this was later confirmed in a phone call with a council officer.

But several weeks later, when Roy rang the Labour-run council to ask for a letter confirming that decision, he was told it had been over-ruled.

The council insisted that the couple would have to pay the “bedroom tax” – new government regulations, introduced in April 2013, which mean that tenants in social housing are punished financially if they are assessed as “under-occupying” their homes.

This meant the Langridges had their housing benefit cut by 14 per cent, so had to find an extra £70 a month. This had to come from Roy’s disability living allowance (he receives the higher rates of both care and mobility).

He has already had to miss one hospital appointment because he could not afford the taxi fare.

He applied for a discretionary housing payment (DHP) – to fill the gap caused by having to pay the bedroom tax – but the council refused to approve the application.

The housing charity Shelter, which has supported Mr Langridge, repeatedly tried to discuss the case with the council’s housing department, without success.

Roy said: “It has made my health worse. I am just at my wits’ end. Life is a battle enough already.

“I know what the outcome of my illnesses will be. I know they will kill me eventually. I just want a little bit of peace, but they are not giving it to me.

“I have had them treating me like I am something on the bottom of their shoe.

“It just amazes me that they can treat people who are genuinely quite sick like this and get away with it.”

Nearly four months after the move, the council was still refusing to provide them or Shelter with anything in writing about their housing benefit situation.

A day after Disability News Service (DNS) contacted Croydon council about the Langridges’ case, it finally agreed to provide them with a short-term DHP.

A Croydon council spokesman said: “The council has actively engaged with Mr and Mrs Langridge, including working with the housing medical advisor.

“As further details were being confirmed the support from discretionary housing payment was on hold.

“We can confirm this has recently been awarded, with the council meeting the cost of the under occupancy, while we work towards a longer term solution.”

So far, the council has refused to explain why this decision was only made after contact from DNS, or to comment on whether it believes it treated Mr and Mrs Langridge appropriately.

Ministers sat on accessible housing research for up to four years 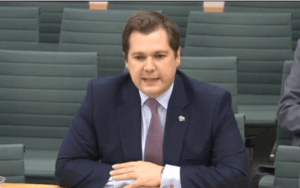