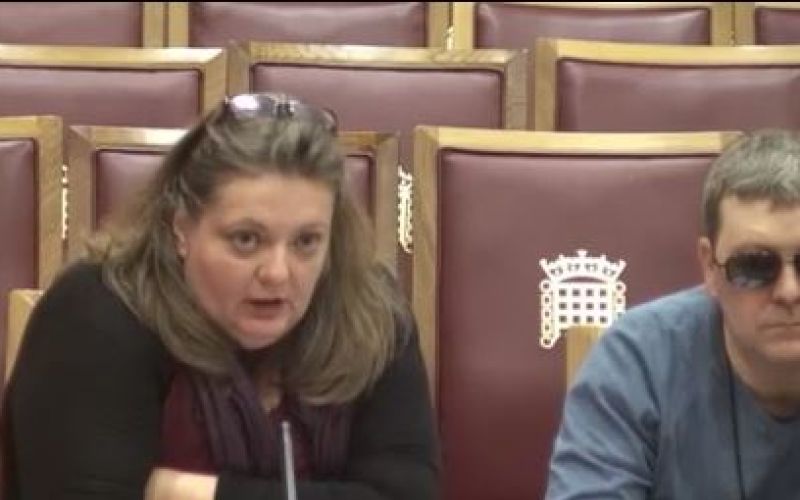 A county court has delivered a devastating judgment against the Local Government Ombudsman, after it discriminated against a disabled woman by failing to provide the reasonable adjustments she needed to lodge a complaint against a local authority.

The ombudsman has been ordered to pay £12,500 in damages to Jeanine Blamires to compensate her for the ordeal, following breaches of both the Equality Act and the Data Protection Act by the ombudsman.

Although the judgment is only in draft form, its conclusions are unlikely to be altered.

District judge Joanna Geddes even awarded aggravated damages against the ombudsman over the breach of the Equality Act, because she said it had defended the case in a way that “added to the injury, frustration and distress” felt by Blamires, which had “exacerbated” the symptoms of her long-term health conditions.

She also awarded aggravated damages for the Data Protection Act breach, because of the ombudsman’s “continued denial” that it had broken the law.

Blamires has told Disability News Service that she was “disgusted” and “sickened” by the ombudsman’s behaviour and that she believed it had now “lost its moral authority to adjudicate over others”.

Judge Geddes said Blamires’ husband David (pictured with his wife at a parliamentary evidence session) told the court that his wife had “found the whole process extremely distressing and has on several occasions been reduced to tears by the intransigence of the defendant in not meeting her disabled needs by making reasonable adjustments.

“This has led to a deterioration in her condition and a reduction in her ability to fulfil her role as a housewife and mother.”

The case relates to her attempt in March 2012 to help her daughter lodge a complaint through the ombudsman against North Yorkshire County Council over a housing issue.

She then complained herself about the council five months later.

Blamires, who represented herself in the legal case, had told the ombudsman – when lodging the complaint against the council – that she had severe ME and dystonia, while her husband also had ME, as well as chronic pain and dyslexia, and that they would need help to use the service.

She told the ombudsman that they both found telephone conversations difficult, and that “though e-mail is useful, regular meetings are better, we have a lot of evidence and we are not sure about what you will need”.

But the ombudsman lost this information in transferring her application form to a different format, and then took two years to admit to the court that it had done so.

It had originally claimed that Blamires failed to fill in the part of the form that related to requests for reasonable adjustments.

As the process of lodging a complaint against the council progressed, she told the ombudsman that she was struggling – for impairment-related reasons – to submit all of the necessary paperwork.

But the ombudsman ignored this and without warning reached a provisional decision in the case against the council – one which she found unacceptable – in December 2013.

She complained that she had not been allowed to present all of her evidence, and that the ombudsman had failed to provide reasonable adjustments, and she asked it to arrange face-to-face meetings and some support to help her with the complaint.

Blamires told Disability News Service this week: “The defendant didn’t provide it. They only offered extra time. I just cried.

“They didn’t have all the evidence and they didn’t understand my complaint.”

Judge Geddes says in the draft judgement that the ombudsman had issued the provisional decision without exploring the issue of reasonable adjustments, and even though it knew that Blamires had expressed more than once “how overwhelmed and fatigued she was by the process”.

The judge added: “They were aware that she found the volume of paperwork she had ‘overwhelming’ and was struggling both to know what to submit in support of her claim and to physically complete the task of sending it by reason of her disabilities.”

Judge Geddes even suggested that the ombudsman’s argument that its limited resources did not allow it to offer face-to-face meetings or advocacy as a reasonable adjustment – when one of its own leaflets said that it did – implied that such promises were published to “pay lip service only to the duties the [ombudsman] has to anticipate and make reasonable adjustments”.

The judge even had to withdraw some of her own statements made earlier in the case because the ombudsman had provided her with misleading information about the extent of its powers.

Blamires said she was “disgusted” by the ombudsman’s behaviour during the lengthy case – including misleading the court, failing to disclose documents and submitting false information – when its own purpose was “supposedly to ensure justice”.

She said: “It has been an horrendous ordeal for my family who care for me who have had to watch as I have got worse due to this fight.

“I am so glad that District Judge Geddes listened to me. It’s taken too long to do this – four years – much of that time and public money has been wasted by the ombudsman due to its behaviour. I am sickened by it.

“I am not sure it is now possible for the Local Government Ombudsman to sustain its role to remedy injustice. It has lost its moral authority to adjudicate over others.

She wants communities and local government secretary Sajid Javid to replace the ombudsman with a new organisation.

But she also praised Leeds Combined Court, which “did the exact opposite” of the ombudsman by providing her with reasonable adjustments, including arranging video conferencing for one of the court hearings, and supporting her when she became ill in court.

And she thanked the charity, the Personal Support Unit, which helps people who have to represent themselves in court, and supported her by reading documents, and helping her write witness statements and skeleton arguments.

Michael King, the Local Government and Social Care Ombudsman*, said in a statement: “We didn’t get things right for Mrs Blamires and I have personally apologised to her.

“We hold ourselves up to the same standards we expect of those bodies we investigate and we will fully accept the final findings of the court when we receive them.

“This is a salutary reminder that mistakes happen and when things do go wrong, it’s how you deal with them that matters.

“This case highlighted some issues with our IT system and the way we were doing things that we needed to change. We’ve done that and we’ve strengthened our quality checks and revised our guidance.

“But we won’t stop there. We will use this as an opportunity to look at what else we can do to be flexible and find more creative ways of helping people access our service.”

He added: “We are sorry if the judge felt we provided her with misleading information, this was not our intention.”

*It was renamed earlier this month

Coronavirus: EHRC pressed to launch inquiry into 17 breaches of rights during pandemic