You are here: Home / Politics / Government’s disability strategy ‘must be grounded in UN convention’ 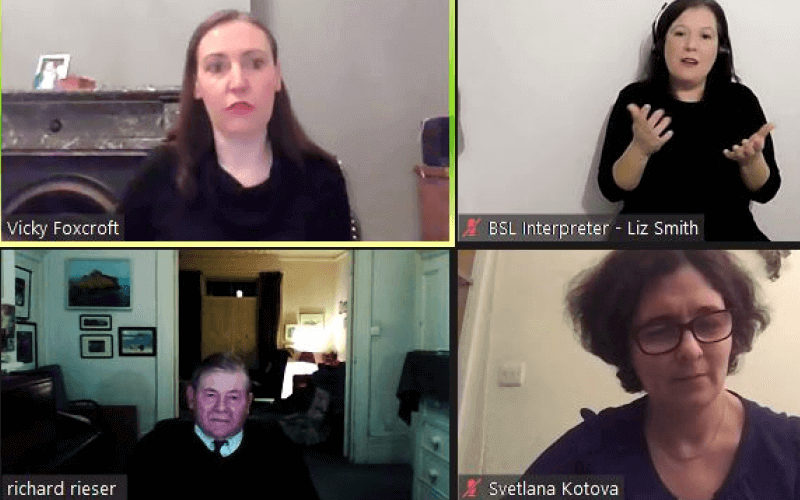 Disabled activists have called on the government to ensure that its long-awaited disability strategy produces stronger anti-discrimination legislation and is grounded in the social model of disability and the UN disability convention.

Disabled campaigners from both within and outside the Labour movement said the government’s national disability strategy – now not expected to be published until next spring at the earliest – must be grounded in disabled people’s civil rights.

But there were also messages for Labour, and its continuing failure to address the discrimination faced by its own disabled members.

Ellen Morrison, newly-elected as Labour’s first representative of its disabled members on its national executive committee, said the government’s strategy needed to be under-pinned by the social model of disability and ensure the UN Convention on the Rights of Persons with Disabilities (UNCRPD) was incorporated into UK law.

And she stressed that disabled people and their organisations, including the Reclaiming Our Futures Alliance, had already carried out “really detailed work that the government could take forward if it actually wanted to engage with us as experts in our lives”.

But she said that Labour also needed to “get its own house in order first”.

She said: “We are currently in a vicious circle in our party where disabled Labour members can’t access Labour spaces or some can and face discrimination and we don’t have our own structures embedded in the party to self-organise.”

Setting up disabled members’ branches at a local level could provide the network needed to secure consensus within the party on what disabled people need, she said.

She said there was also a need to ensure that disabled people have a proper say in policy-making within the party, while pointing out that the Disability Equality Act Labour organisation had already produced a blueprint for the changes needed within a party “that has historically shut us out”.

But Morrison warned that any government disability strategy was “likely to disappoint us”, so she called for Labour to produce its own shadow version.

Richard Rieser (pictured, bottom left), coordinator of UKDHM, said the “fundamental” change needed in the government’s disability strategy was to move from seeing “disability as a problem in the person” to seeing it as an issue in society.

He said all the main political parties paid “lip service” to the social model of disability, and the way to change that was through “strengthening the disability movement”.

He said oppression was “deeply rooted in our society so that when anything goes wrong, such as the COVID crisis, the cracks appear and we are seen as life not worthy of life”, which had been seen in the government’s “eugenicist approach” during the pandemic.

He said the human rights values of UNCRPD needed to be “embedded throughout society”, and he called for Labour to “take a strong position on this”.

He said the annual UKDHM began in 2010 because those organisations backing it realised that the Conservative-led coalition would “roll back the little gains we had made under the previous years”.

He pointed out that the Disability Discrimination Act (DDA) – which had its 25th anniversary last month – was described at the time as “a leaky sieve rather than as a civil rights act”.

He said it was clear that the Equality Act – which incorporated some, but not all, of the DDA and subsequent legal improvements to the original act – needed to be developed.

And he pointed out that, more than four years ago, a House of Lords committee had recommended 55 improvements to the impact of the Equality Act on disabled people, which Labour should now be considering.

Fazilet Hadi, head of policy for Disability Rights UK (DR UK), said it was vital that the strategy was not just a series of “incremental tweaks” or existing departmental policies that the government will “repackage as a disability strategy”.

She said: “I would like it to be something that moves us on to the next stage of our journey to becoming an inclusive society for disabled people where we truly belong.”

She said the pandemic had “shone a spotlight on the inequalities we still face as disabled people” and had given the government “some really obvious clues on what needs to change”.

She said a DR UK engagement exercise had produced a series of demands from disabled people, including stronger anti-discrimination legislation, funding for disabled people’s organisations (DPOs), proper co-production and engagement with disabled people, a new social care system that “truly gives us empowerment, choice, control and connection” and a social security system that “enables us to flourish rather than a punitive one”.

Svetlana Kotova (pictured, bottom right), director of campaigns and justice at Inclusion London, said the disability strategy needed to produce “radical reform” and not just “tinker round the edges”.

She said there needed to be reforms that ensured the Equality Act “works for us, with the burden of enforcement shifted from us as disabled people to regulatory bodies and public bodies”.

She said there needed to be a social security system that “recognises the right to an adequate standard of living and does not subject us as disabled people to a punitive conditionality regime”.

Kotova also called for investment in DPOs, and “radical reform of mental health and mental capacity laws so that people who experience mental distress do not face serious human rights violations at the time when they need support the most”.

She backed the introduction of a National Independent Living Support Service and a legal right to independent living, rather than the current “oppressive, severely-underfunded system” which sees “a lot of money wasted on support in institutions where people are at greater risk of abuse and their life is at greater risk, as we have seen in the COVID pandemic”.

Marsha de Cordova, a disabled MP and Labour’s shadow women and equalities secretary, told the meeting: “What is needed is a human rights response and a human rights approach.

“The benchmark for this has to be the UNCRPD. The government are claiming to be doing a national disability strategy… to measure whether this is good enough is whether it is meeting the standards and requirements set out within the UNCRPD.

“I don’t hold out much hope and that is why Labour will have to lead the way on that.”

She said COVID-19 had “exposed and shone a light” on the injustices, inequalities and hostility disabled people have faced in the last few years.