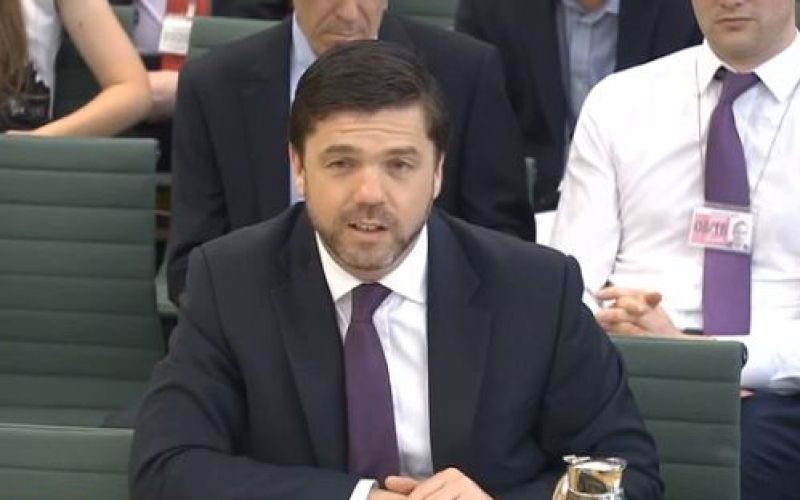 The new work and pensions secretary has sent out mixed signals on whether he wants to make further cuts to spending on disability benefits.

Stephen Crabb, who was appointed after the resignation of Iain Duncan Smith in March, was giving evidence for the first time to the Commons work and pensions select committee yesterday (11 April).

He referred at least six times during the evidence session to the number of disabled people who had been “parked” on sickness and disability benefits, and said that addressing this issue was one of his three current priorities.

He said there were more than a million working-age people who were claiming both employment and support allowance (ESA) and either personal independence payment (PIP) or disability living allowance, as well as another million people claiming just ESA.

He said: “I want to really think about this problem not from a position of setting ourselves a monetary figure of what we are trying to cut off the budget but actually understand what government can do at all levels, particularly at a local level, that creates lasting change.”

Crabb (pictured giving evidence to the committee) stressed that moves towards closer links between DWP and the Department of Health – including the controversial policy of placing welfare-to-work advisors from a discredited US outsourcing giant in GP practices – would continue under his leadership.

He said that it was not acceptable to “park millions of people on benefits for decades, out of reach of any really serious support and intervention” from “our people in jobcentres or from people in GP surgeries”.

Crabb told the committee that he had abandoned Duncan Smith’s plans to publish a white paper with “firm legislative proposals” this spring, and would instead be publishing a “much more discursive green paper” that “points the way towards more meaningful long-term reform”.

Crabb said he had secured the agreement of the Treasury and the prime minister that the proposed £4 billion in cuts to PIP spending – abandoned after Duncan Smith’s resignation – would not be taken from other parts of the welfare budget.

He insisted that the £12 billion in cuts to welfare spending promised in the Tory election manifesto had already been legislated for or announced, while his press office later stated that this figure “did not include savings associated with changes to PIP”.

But Crabb promised the committee that welfare reform would continue.

He said: “Does that mean welfare reform comes to an end, and I would say no.”

But it was not clear whether this meant that he wanted to see further cuts to spending, although he hinted strongly that it did.

“You have actually got to come up with some pretty smart strategies for doing it, which carry the support and the permission of those people and organisations who represent those people who we are talking about.”

He said this was why he wanted to publish a green paper later this year on employment support for sick and disabled people, which “starts to reframe discussion around this set of issues”.

Despite his friendlier tone than his predecessor – one journalist described the atmosphere in the session as “pally” – his comments alarmed some commentators and political opponents, with one newspaper reporting that Crabb had “signalled his intention to cut expenditure on disability benefits through further reform to the welfare system”.

The Green Party’s work and pensions spokesman Jonathan Bartley agreed, and tweeted: “Under 2 months since Work and Pensions Sec said ‘no further plans’ for welfare cuts. Now seems more on the way.”

And Owen Smith, Labour’s shadow work and pensions secretary, said that Crabb’s decision to publish a green paper instead of a white paper meant the Tories were “breaking their promise to quickly publish firm plans on supporting disabled people into work”.

He said ministers had “bought off their own rebels with a promise to have a firm plan in place by the summer”, after Tory backbench unease about plans to cut almost £30 a week from payments to new claimants of ESA placed in the work-related activity group from next April.

Smith said: “The flimsy case for the cuts to ESA is now totally blown apart by this broken promise and the Tories must listen to Labour’s calls for them to be reversed.”

Meanwhile, the benefits advice charity Turn2us has revealed that almost half of low income households are not claiming the benefits and tax credits they could be entitled to.

The Turn2us survey found that 57 per cent of those not receiving this support said they had been deterred from checking or claiming potential entitlements because they did not think they would be eligible, while a quarter of disabled people not receiving support believed recent benefit changes had made it too difficult to apply.

The survey results were released as the charity launched its 2016 Benefits Awareness Campaign, which aims to “help more people in financial hardship access the benefits support available to them”.