You are here: Home / Activism and Campaigning / Protesters pledge to fight on against GP link-up with work advisors 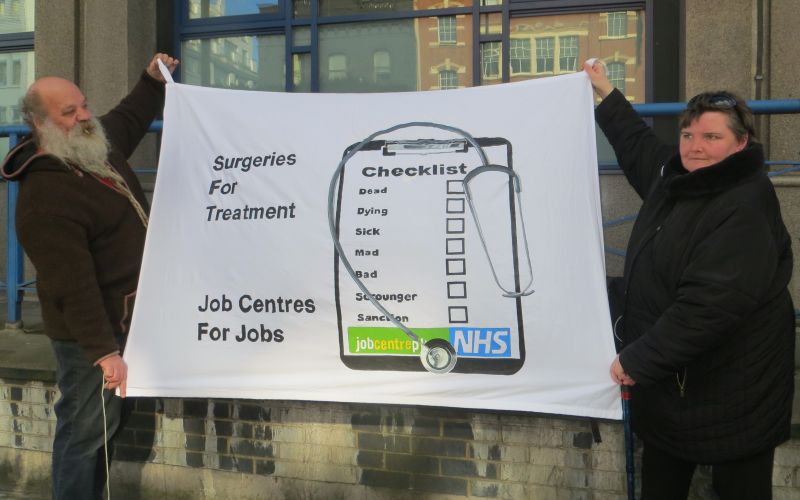 Disabled activists have pledged to continue the fight to halt a scheme that places welfare-to-work advisors from a discredited US outsourcing giant in GP practices.

They spoke out after a protest by scores of activists blocked a busy central London roundabout for half an hour on Friday afternoon, bringing traffic to a standstill.

The protest (pictured) at the roundabout at the junction of City Road and Old Street was organised by the Mental Health Resistance Network (MHRN) and included supportive healthcare professionals.

They were protesting about a scheme under which six surgeries in Islington, north London, are taking part in a year-long pilot scheme run and funded by the Department for Work and Pensions (DWP) and Islington council.

Under the Working Better scheme, job coaches employed by Remploy – now mostly owned by the US company Maximus – are placed in GP surgeries for one day a week.

Patients who are unemployed and have long-term health conditions can ask their GP to refer them to “intensive and personalised employment coaching” within the surgery.

But activists say the pilot scheme will destroy trust between doctors and their patients, particularly those with mental health conditions.

Denise McKenna, co-founder of MHRN, said: “We will never accept this scheme and we will never give up until it is abandoned.”

She added: “We feel very strongly that this is a drastic move that the government are making. Some people will stop going to see their GPs.

“GPs are clearly not aware that people have already been through the system. They don’t feel able to work, they don’t feel that anyone understands them.

“They are pushing people into work who are not ready to be pushed into work.

“Surely the GPs taking part in this pilot are aware of the predicament that benefit claimants are in.”

She said she feared that some people would avoid visiting their GP because of the scheme.

She said: “GPs have been told they have to bring the subject up. Then the job coach can put it into your medical records.

Paula Peters, a disabled activist with both DPAC and MHRN, said the fight against the programme “most definitely will go on”.

She called for people to write to their GPs and MPs to warn them about the pilot and tell them not to get involved in similar schemes*.

She said she hoped Friday’s protesters “got the message across” to passers-by and those following the protest on social media that surgeries were for treatment, jobcentres were for jobs, and jobcentres should be kept out of the NHS.

Peters said she also hoped the protest would persuade Islington’s GPs to take another look at the scheme and “speak to their GP colleagues who are opposed to this scheme and start the debate between healthcare professionals that needs to be had”.

She said: “Doctors need to remember their ethics: do no harm. Prescribing job coaching is not in their remit. They did not become doctors to get involved in schemes such as this.”

In a statement, the leader of Islington council, Cllr Richard Watts, said: “This is not about work being a ‘cure’ for people’s health conditions.

“It’s about doing more to break down barriers and make employment support services more accessible and inclusive to those who want to benefit from them.

“I’d very much like to invite anyone who might have concerns about the scheme to come and meet us so we can discuss them in detail.”

A spokesman for Islington Clinical Commissioning Group, which plans and buys healthcare for local patients, said they and the council “recognise and respect the importance of people’s right to make their voices heard on issues of concern”.

He said the pilot was “entirely voluntary” and had “no impact whatsoever on receipt of benefits”.

He said: “This is made clear by the healthcare practitioners making referrals and trained employment coaches delivering the support.

“If at any time a patient decides they no longer wish to be involved in the pilot, they are able to leave.”

He added: “Patients (including those who may have experienced mental health problems) are offered the opportunity to be referred for employment advice and guidance if they feel that a return to work would be beneficial.” 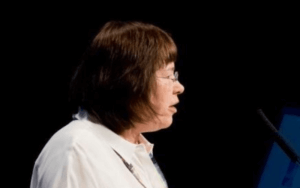 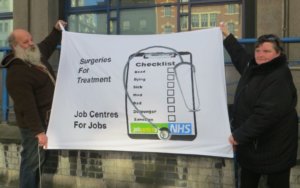