You are here: Home / Independent Living / ‘Cuts to support killed my neighbours,’ MPs are told 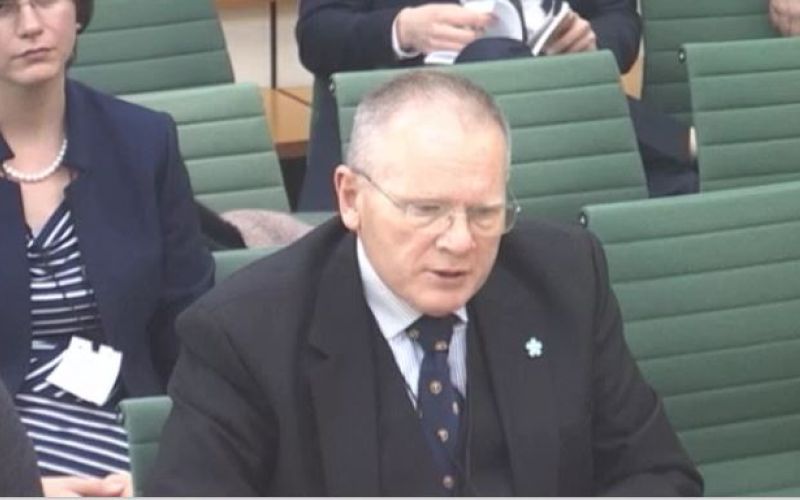 A disabled campaigner has told MPs that he believes cuts to support have contributed to a quarter of his neighbours in the sheltered housing development where he lives dying in just one year.

Larry Gardiner told the communities and local government select committee this week, as part of its inquiry into adult social care, that five of his neighbours had died in the last year.

He said that to lose so many neighbours in such a short period of time was “absolutely unprecedented”.

He said: “Some of those deaths were expected and anticipated… but there were others which I think were premature, unexpected and for which there should be an investigation, and there hasn’t been.”

Gardiner, who campaigns for the rights of other people with dementia and volunteers as an independent advocate, said that his local authority, Oxfordshire County Council, will “only fund something for which there’s a statutory duty”.

He said that services he was previously receiving no longer exist, and the sheltered housing units where he lives no longer have a council-funded visiting service, which previously provided support for older people such as his neighbours.

The sheltered housing flats also no longer have a live-in warden, while the communal lounge and kitchen can no longer be used because there are no staff available, and although there is a bathroom with a hoist, there is no-one trained or insured to use it, he told the committee.

Gardiner (pictured giving evidence to the committee) said: “We live in a building with lots of amenity but no service, with no actual tangible support for residents.

“The result of that has been in the last year I have lost five of my neighbours.

“Old people die, and sick people die, and in sheltered housing it is expected that people will die, but there are 20 units where I live and in the space of a year I have lost Cath, and Michael, and John, and Chris, and Dorothy.”

Disability News Service has so far been unable to contact Gardiner to discuss his evidence further.

Although Oxfordshire County Council failed to answer detailed questions about Gardiner’s comments by noon today (Thursday) – including whether it was concerned about the number of deaths, and whether it had investigated his concerns – it has produced a statement, in which it admitted that it stopped providing the visiting support service last March.

A council spokesman said: “The council does not fund support in sheltered housing schemes.

“These support services are generally provided by landlords and are funded through a service charge to individual tenants.

“The council funded a visiting support service for older people with support needs for six years – but not since March 2016 when that service ceased. The council was never legally obliged to provide such a service.”

He added: “We are happy to give advice on daytime support grants to Mr Gardiner and anybody else in Oxfordshire who feels they would need such advice.

“As would be the case in any scenario where there is potential unmet eligible social care needs, we are happy to speak to local people to make clear ways to request social care assessments.

“The council is fully committed to meeting eligible social care needs and has invested in better information and advice on how to request social care assessments and in direct support for people who need it most.

“Oxfordshire has a diverse mixed market of housing and we do fund extra care housing services.”

Gardiner, who himself receives 28 hours of council-funded support a week through direct payments, also told the committee that his care package had been written “to keep me hydrated, fed and watered and hygienic and doesn’t go beyond that”, with no provision for help with shopping or keeping his flat clean.

Anna Sevenwright, another service-user who gave evidence to the committee, who receives 23 hours a week of council-funded support, said her council had already made £100 million in cuts to its spending, and is having to make another £55 million.

She said she knew people “who have had their care either stopped completely or drastically reduced and I do consider myself quite fortunate”.

She said: “My main worry [is that] if my condition gets worse, and I don’t know what’s going to happen in the future, that the care won’t increase to even be dignified, really.”

She said her package keeps her “clean and fed, and my flat clean and tidy, and the practical needs are met”, but that it “does not promote my wellbeing”.

She added: “I get six hours a week for socialisation, whatever that means.

“That has to include my food shopping, my hospital appointments, which average one a week, going to church, and if I want to go swimming, because none of those things… get covered otherwise.

“There are times when I have to make a choice, so I will say I won’t have a shower or I won’t cook a meal… I will use the time [with my personal assistant] to do the socialisation.

“Otherwise you become extremely isolated and that’s quite distressing. I’m a 31-year-old and my friends who were at university with me are out doing all these things and my life looks extremely different to theirs and it’s a lot emptier in a way.”

She also said that she had been told by her council that there was no service-user involvement in how it planned services.

She told the committee: “If services were co-produced with the people using them, you would get better value for money.

“They would actually be providing the service people want.

“People know what they need to stay well and to stay part of society and that I think would help.”

A third service-user who gave evidence, Isaac Samuels, who receives 17 hours of council-funded support a week, said he was constantly aware that his package could be cut.

He said: “I’m really mindful that most of my peers have either had a dramatic funding cut or have lost their services, so I’m really conscious… that that is a potential.”

He said that although local authorities talk about the need to ensure “wellbeing” for disabled people, the funding is not available to provide the necessary support.

Samuels said: “We have care plans that talk about wellbeing and prevention and social aspects but in reality people aren’t able to do that because they aren’t even able to access their basic needs.

“For me, there’s a real disparity between what the local authority says they are doing and what people actually experience.”

He added: “I’ve never felt so isolated as I do. I live in my own home; my own home is becoming more like an institution.”

He said he was grateful for the practical support provided by the council but “sometimes I feel as if I’m just a function of dress, wash, eat”.

Samuels also told the committee that user-led organisations had been a “real asset” to him and his support network.

Meanwhile, Surrey County Council has announced that it is considering holding a referendum on 4 May on plans to increase council tax for 2017-18 by 15 per cent in order to fund more spending on social care.

The Tory-run council said that central government had cut its annual grant by £170 million since 2010, while “demand for adult social care, learning disabilities and children’s services is increasing every year”.

A Department for Communities and Local Government (DCLG) spokeswoman said: “The government has protected local residents from high council tax rises by allowing local people to veto them through a council tax referendum.

“If the council sets this proposed budget, then the taxpayers of Surrey will have the final say in a referendum in May. We should trust the people.”

DCLG also announced that the government was no longer considering devolving spending on attendance allowance – a non-means-tested benefit which supports older people with care needs – from the Department for Work and Pensions to local authorities in England and Wales as part of its reform of business rates.

And Rochdale council this week withdrew plans that would have seen some people with learning difficulties forced out of supported living and into residential care as a cost-saving measure, following legal action by one of its service-users.

The council said (see agenda item four) that it would now launch a fresh consultation on its future plans, but that the proposed measures would not be part of its budget for 2017-18. 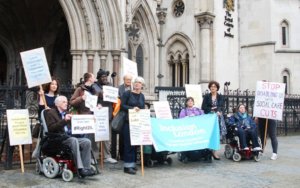 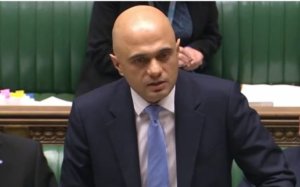 ‘Meagre’ extra social care funding ‘will do nothing to solve crisis’ 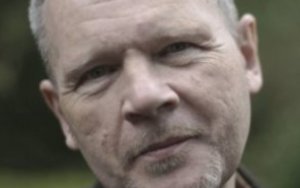 People with dementia ‘routinely deprived of their rights’