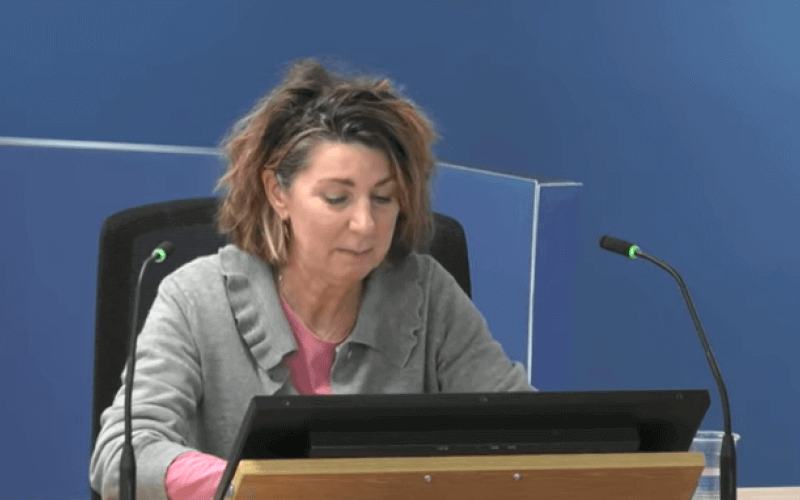 The government repeatedly failed to seek the views of disabled people and their organisations about how residents with physical impairments could evacuate tower blocks in an emergency, six years before the Grenfell Tower disaster.

Louise Upton, who was head of fire safety policy at the time for the Department for Communities and Local Government (DCLG), admitted to the Grenfell Tower Inquiry this week that she and colleagues ignored repeated opportunities to consult disability groups on how to ensure disabled residents would be able to evacuate their homes safely.

She was being questioned about the process of producing a fire safety guide* for the Local Government Association**.

When the guidance was published in 2011, it stated that it was “usually unrealistic” to expect landlords to put arrangements in place for disabled people to evacuate mainstream blocks of flats in an emergency.

Six years later, with the guidance still in place, 72 people lost their lives in the Grenfell Tower fire, including two-fifths of its disabled residents.

Upton (pictured), who was on the guide’s project group and reference group, along with representatives of other organisations, said there were no disabled people on either group.

And she said DCLG made no attempt to seek the views of organisations of disabled people about the guide’s conclusion that it was “usually unrealistic” to expect landlords to put arrangements in place to allow disabled people to evacuate a tower block.

When Andrew Kinnier QC, counsel to the inquiry, asked Upton if anyone from DCLG had sought the views of a disability specialist or an organisation representing disabled people, she said: “Not as far as I’m aware in the department.”

He also asked her about a report – discussed by the project group – which concluded that some disabled people could not escape unaided from blocks of flats and that the problem was “well recognized” but that “no solutions have been suggested”.

When Kinnier again asked her if this prompted the project group to consider seeking advice from a disability specialist or someone representing disabled people, she said: “Not as far as I’m aware.”

When he asked if the project group sought to commission research or further consultation on the unresolved issue of how disabled residents were expected to evacuate their tower block homes in an emergency, she said again: “Not as far as I’m aware.”

Upton was also asked about concerns raised by the Chief Fire Officers Association, which had said that to “ignore and eliminate advice on disabled access and evacuation” was a “fundamental error” of the guidance.

When she was asked if she or other members of the project group had acted on these concerns, she said: “No.”

She was also asked about a letter (PDF) written by fire safety consultant Elspeth Grant, who had warned in August 2011 that the guidance was unlawful and discriminated against disabled people, and who called for it to be withdrawn and amended before it led “to an unnecessary tragedy because plans were not in force”.

Again, Upton said she believed that no-one had suggested that specialist advice should be sought on the issues raised by Grant, although she was later shown an email which showed that she had asked the project manager – from the Local Government Association – for the views of its lawyers, particularly any specialists in disability discrimination.

But she said she could not remember any response to this email.

Upton was also asked about an exercise to evaluate the guidance in 2012, which led to questions about its failure to address the concerns around evacuating disabled people.

When asked whether DCLG had taken action to address these concerns, Upton became tearful and told the inquiry: “We recognised the concerns but the risk was less in general needs housing because obviously we never anticipated a Grenfell…”

She then said that the government “couldn’t produce guidance which would impose regulatory burdens particularly easily”.

At the end of her evidence, she was asked if she would have done anything differently or better in her time in the fire safety policy department.

Again becoming tearful, she said: “I think we could have had more resource.

“I think we genuinely didn’t understand the risk, and my team got smaller and smaller, and the emphasis was really on restructuring workforce relationships and governance of fire and rescue authorities and a kind of reform agenda which was obviously based on austerity and cutting regulation wherever.”

She added: “There wasn’t always a sense of proportionality around the regulations that could go, it was a very business-led agenda… obviously you could easily lose sight of a lot of very important issues.”

**At the time, LGA was known as the Local Government Group 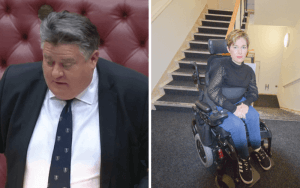