You are here: Home / Arts, Culture and Sport / DaDaFest promises ‘edgy and disruptive’ festival highlighting years of attacks on rights 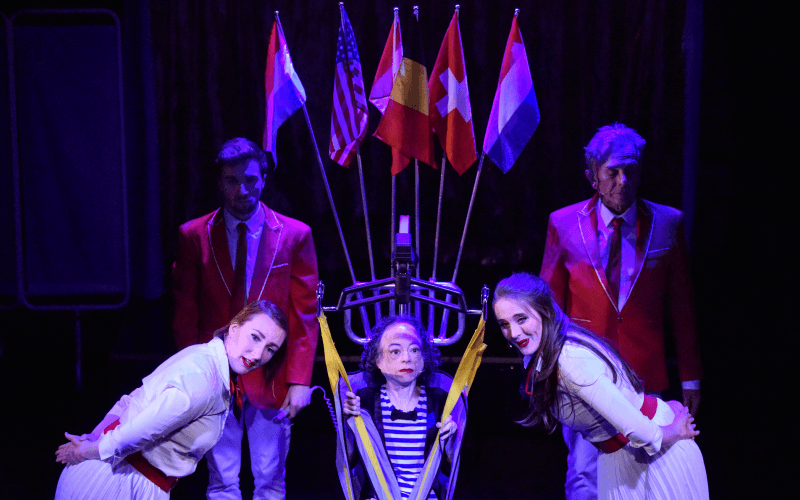 The artistic director of DaDaFest has promised that the theme for this month’s international disability arts festival will help shine a light on years of attacks on disabled people’s human rights.

Ruth Gould also spoke out this week against the failure of the national media to recognise the biennial festival, which two years ago attracted more than 360,000 visitors, and an arts sector that has grown increasingly safe and “corporate”.

She promised that DaDaFest, believed to be the world’s largest disability and Deaf arts festival, was offering a programme that was “ground-breaking, new and risky… edgy and disruptive”, with a theme – “Passing: What’s your legacy?” – that focuses on “life’s journey”.

Gould said she was “fed up” with the lack of attention given to DaDaFest in the mainstream media and suggested that this reflected wider attitudes to disabled people.

She said: “These attitudes need confronting and the aim for this year’s festival is to help shine a light on issues that affect how disabled people are viewed by others, usually in a negative way, that leads to a misunderstanding of the truth of the lived experience of disability.

“We must challenge and highlight the inequalities, especially in the form of draconian assessments such as personal independence payment and the huge amount of funding cuts, and help support disabled people’s independence and value their contributions in society.”

Her anger is fuelled by increasing despair at the impact of years of assaults on disability rights, she said, and listed a string of examples.

Friends of hers are afraid to be admitted to hospital because they fear a “do not resuscitate” order will be placed above their bed.

She remembers a disabled artist and activist who performed at the first DaDaFest in 2001 and who died five years ago as a result of social care cuts and associated lack of care.

Some disabled people have to be assessed to decide if they will be allowed to keep their babies, she said, while many young disabled people never receive the sex education they need because they are “deemed incapable of relationships and desiring of sexual intimacy”.

She said: “I know Deaf people who are too afraid to go out as they are afraid of the abuse and lack of support to help them understand what is being said.

“I have witnessed cuts to our adult services, our children’s services and our NHS while many of our user-led disability charities have lost funds and now cease to exist.”

Gould said she despairs that this country – as the NHS in England rolls out a new non-invasive pre-natal test to detect Down’s syndrome – could soon become like Iceland, where there has reportedly not been a baby with Down’s syndrome born for more than six years.

Gould said she was “sceptical, angry and very afraid for our future, indeed our very existence”.

She added: “I am sad that arts funding is pushing our sector into safe, corporate business practices that are all about ticket sales and playing it to ‘one size fits all’ – mediocrity is threatening to rule.”

But she promised that this month’s DaDaFest would show that “arts and social justice together make great art”.

The festival begins today (1 November) and lasts until 8 December across the Liverpool city region.

Artists will explore the concepts of ageing, death and the changing nature of our bodies.

The festival will also commemorate the end of the First World War as “a key moment for modern recognition of disability as a social construct”.

Among those featuring in this year’s line-up will be comedians Francesca Martinez and Laurence Clark, theatre-maker and comedian Jess Thom – with her performance of Samuel Beckett’s Not I – Stop Gap Dance Company, artists Simon McKeown, Faith Bebbington, Jonathan Griffith and Martin O’Brien, and multi-instrumentalist Sarah Fisher. 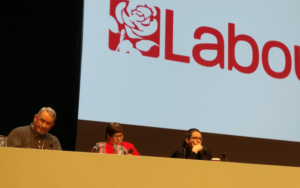