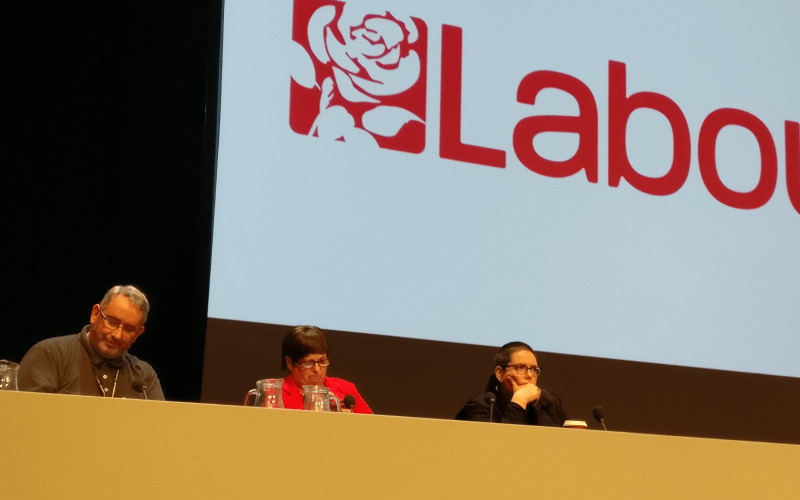 Disabled delegates who are providing free access and mental health advice and support to delegates at next month’s Labour conference have had to launch an “embarrassing” crowdfunding appeal after they say the party refused to pay for any free accommodation.

At last year’s annual conference in Liverpool, the “disability hub” run by Disability Labour provided support for numerous disabled delegates, with the party paying hotel costs for one volunteer.

The hub played a key role in exposing the disablist actions of right-wing journalist Julia Hartley-Brewer, who had mocked the conference safe space on social media.

This year, Disability Labour – which is affiliated to the party – plans to expand the number of volunteers offering support and advice to disabled delegates.

It expects to receive many more requests for support because of the access problems usually faced by disabled visitors to party conferences in Brighton.

Two years ago, when Labour last visited Brighton for its annual conference, many disabled party members spoke of the access problems they faced, including uneven pavements, the shortage of accessible accommodation, and problems with lifts and accessible toilets at the conference centre itself.

But four of the disabled volunteers planning to run the disability hub next month, including Fran Springfield, co-chair of Disability Labour, need accessible accommodation near the conference centre.

Disability Labour has asked the party to provide two fully-accessible twin rooms for five nights across the week of the conference, with another eight volunteers with lower access needs paying for their own accommodation costs.

But they say the party has so far offered only a free space at the conference for Disability Labour to run the disability hub, even though the volunteers will be providing a free service for disabled delegates.

Disability Labour has been raising the issue with the party for several months.

At one stage, the party suggested rooms at £150 per night in another hotel, but it was too far from the main conference venue.

Following a breakdown in communications, Disability Labour has now been forced to launch a crowdfunding appeal, asking party members to contribute £3,600 towards its conference costs.

Springfield, who is a clinical nurse specialist, told Disability News Service: “We were staggered when we were told we would have to pay.

“It’s really, really embarrassing. We should not be in this position.

“We felt in Liverpool last year [that Labour was] really taking disability equality seriously, but with what is happening now, that doesn’t appear to be the case. It is soul destroying.

“We had a major success last year. We changed the whole atmosphere around the way delegates were looked after.”

She said Disability Labour had left it until the last minute to launch the crowdfunding appeal in the hope that the party would provide the funding.

Springfield accepted that the dispute would not reflect well on the party.

But she said: “We shouldn’t be in this state. It’s 2019 and the party needs to recognise that the Equality Act needs to be followed and needs to be worked through.

“We have people with the skill and abilities to do that and they are preventing it happening.

“The party has got the money. I know we have got a general election coming up, but it is not a massive amount of money. And it is all of our income.”

Since last year, several Disability Labour members have been trained in providing mental health first aid, and they will be providing this service to disabled delegates at the conference, as well as providing advice and support on access issues.

Three of them, including Springfield, are trained as access consultants.

In all, Disability Labour will be able to call on three nurses and a psychiatrist if needed for mental health-related issues.

Sarah Taylor, another Disability Labour member who will be volunteering on the hub during the conference, said she was “very disappointed” with the party.

She said: “It is so important that my colleagues have accommodation.

“We are supposed to be the party of equality and if we can’t ourselves keep within the terms of the Equality Act and put our money where our mouth is… it’s a sad show.”

After DNS contacted the party’s press office this week, a Labour party spokesperson said: “The Labour party is an inclusive organisation that prides itself on being accessible to all who share its values.”

Yesterday (Wednesday), it released a new statement: “Party officials have been discussing this matter with Disability Labour since July.

“Like last year, we have offered to provide them with an accessible hotel room.”

Disability Labour confirmed that a new approach from the party had come hours earlier, after DNS had contacted the press office, and involved an offer of three discounted rooms, two of which were accessible.

None of the rooms would be free, with one being charged at £215 per night and the other two at £235 per night, although Disability Labour would only need two of the rooms, at a total cost of £2,250.

This morning, the party provided an updated statement: “Party officials have been discussing this matter with Disability Labour since July.

“The party offered in July to provide Disability Labour with an accessible hotel room free of charge.”

But Kathy Bole, a Labour county councillor in Suffolk, who has been leading discussions with the party, said that at no point had she received an offer of a free, accessible room for this year’s conference.

Labour sources later said that an email offer of a free accessible room was made last month to five members of the Disability Labour executive, although not to Bole.

But Springfield and Disability Labour co-chair Wayne Blackburn denied receiving this offer, while a third member of the executive – who the party claimed had also been copied in on the email – also could not remember receiving such an offer.